Suspect also interned for Democratic Gov. Michelle Lujan Grisham when she was a U.S. congresswoman 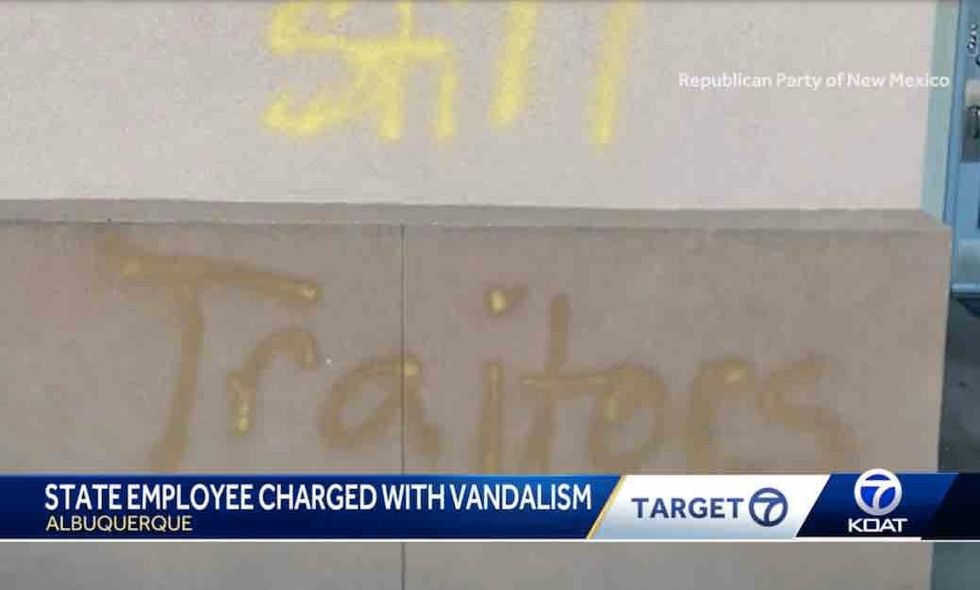 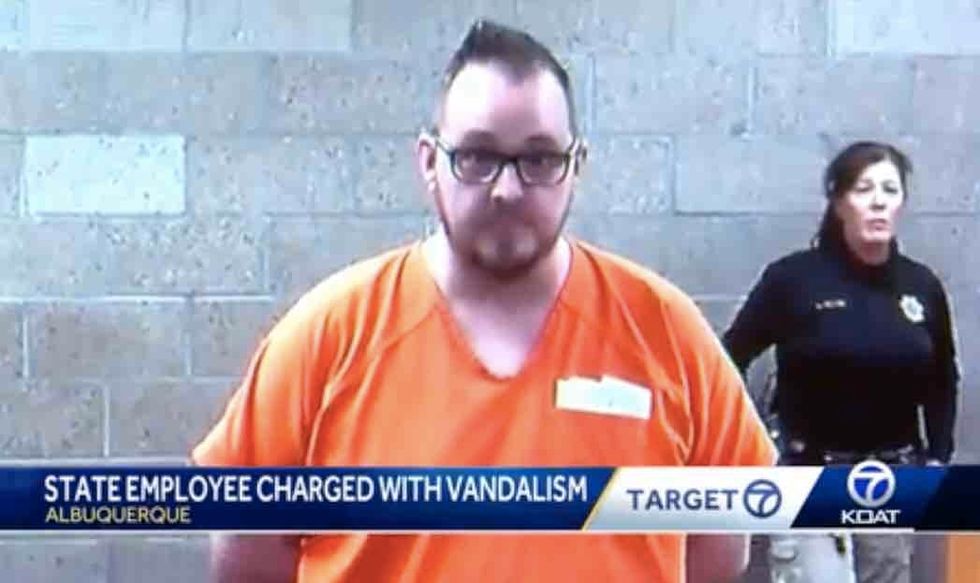 McCall is an employee with Expo New Mexico and is now on leave, the station said, adding that an Expo spokesman noted that if McCall is the individual on the video, he could be terminated.

A spokesman for the governor confirmed McCall interned for her when she was a U.S. congresswoman and noted that Grisham condemned the vandalism as unacceptable behavior, KOAT said.

GOP staff told the station it will cost about $4,000 to repair the vandalism.

Police also are investigating if McCall is the same person who spray painted GOP headquarters last March with the word "Traitors," KOAT reported. 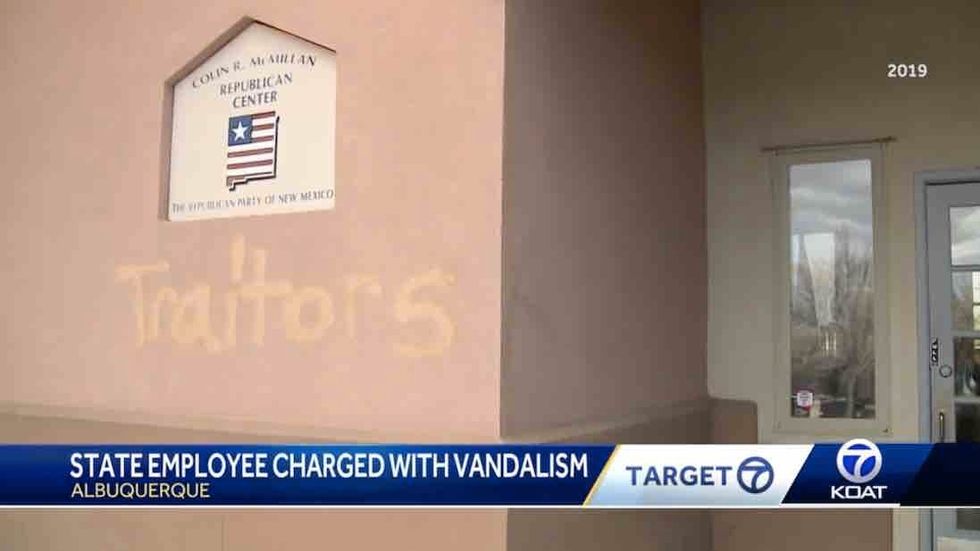 The police report indicated photos and tips led them to McCall, who was arrested Wednesday night, KOAT noted.

In addition, police said the same type of paint was used in last year's and this year's vandalism, the station reported.

Since McCall has no prior arrests on his record, he was released from jail until his next court date, KOAT said.