'I was very happy I had something to protect myself'

Stacey Crawford told WJBK-TV she's been visiting the salon in Macy's at the Fairlane Mall in Dearborn, Michigan, for the last decade — but her experience in a women's restroom Friday night is one she'd prefer to forget.

Crawford noted to WJBK that as she was going into the restroom, another woman was in there "wrapping up" — and soon enough, things got scary. 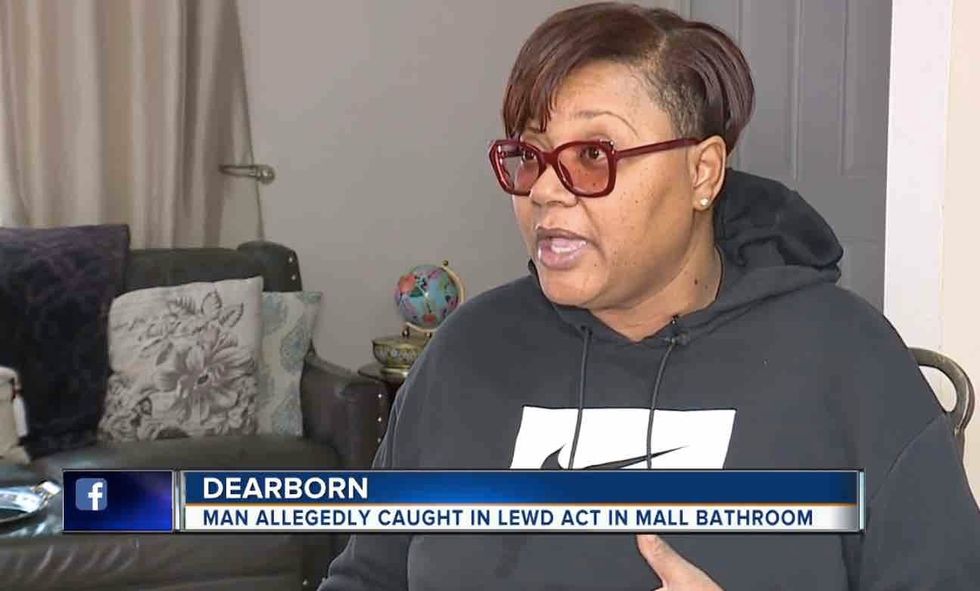 Crawford then told the station when she opened the stall door, she saw a man touching himself and looking at the other woman — who became so terrified that she pulled out her gun.

"She was so afraid; she didn't want to do that. She felt threatened," Crawford told WJBK, adding that the man "looked as if he had heinous things on his mind."

Crawford and the other woman screamed for security and blocked one of the exit doors, but the station said the man casually took another way out of the restroom, made it through Macy's — and into the mall.

"No one stopped him," Crawford told WJBK.

What did the woman with the gun have to say?

"I was very happy I had something to protect myself," Taj Jones — who's licensed to carry concealed weapons — told WXYZ. 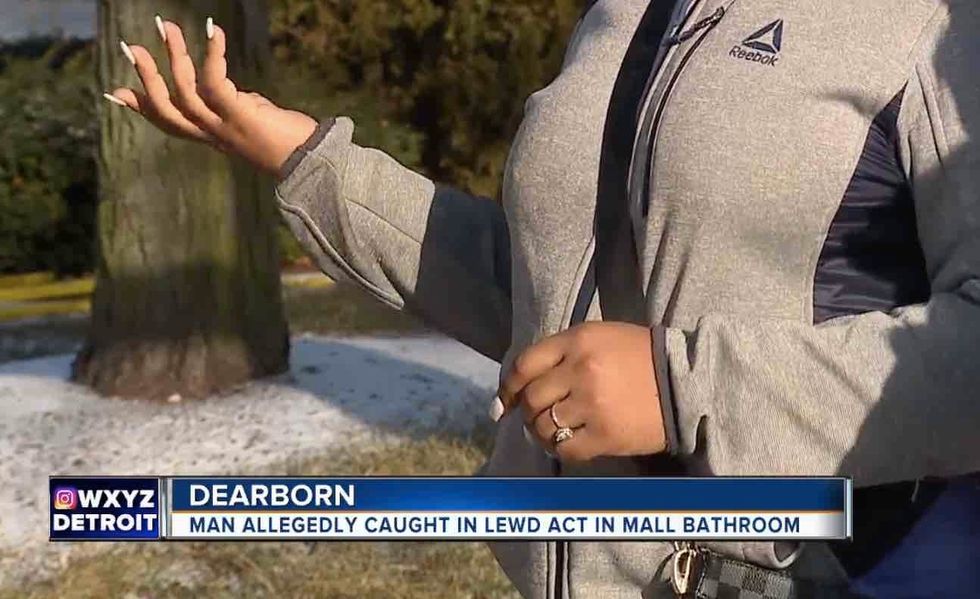 But she added to the station that the man "walked slowly out of Macy's" with "no sense of urgency; he wasn't scared" and that it "seemed like he did it before."

Crawford agreed, telling WJBK that "he was not afraid, and it made me feel that he's done this before."

Anger at Macy's, too

Both women told the station they're disappointed with Macy's response and said security seemed unfazed.

"I'm angry," Crawford added to the station. "I'm afraid that no one is concerned enough."

What did Macy's and the police have to say?

"We take these situations very seriously," Macy's said in a statement to WXYZ. "We are committed to providing a safe and secure shopping environment and ensuring all customers and colleagues are treated with respect and dignity. We are cooperating with the Dearborn Police Department and are unable to provide any additional information, as this is an ongoing investigation."

Police told WJBK they have surveillance video from inside the store but are not releasing it yet while they work to identify the man in the women's restroom.

"When you are going to ... restrooms, check the stalls," Crawford told WJBK in a warning. "We have to be on high alert at every moment."