Looking Beyond 2016: The Weak Future of the Democratic Party

There is a party in decline, with a bleak future and a looming leadership crisis. However, it is not the Republican Party.

By Seb Rougemont, for TheBlaze

That is the media narrative all throughout the election. The reality of this, however, is entirely false. Will the GOP win the presidency in 2016? Not very likely. Donald Trump is losing in many must-win states, such as Florida and Ohio, and has allowed historically safe states, like Georgia and Arizona, to slip away.

The truth is, the Republican Party is not facing a bleak and barren future.

The Democratic Party is.

There are two timeframes to be observed here. The first is the short-term future: the immediate outcome of the 2016 election. The second is the long-term future: 2020 and beyond.

In the aftermath of the 2016 election, the Democratic Party’s transition from the Party of Barack Obama to the Party of Hillary Clinton will be complete.

The Republican Party, on the other hand, will be left looking at what went wrong, just as it did after 2008 and 2012. It will, however, no longer be known as the Party of Trump. 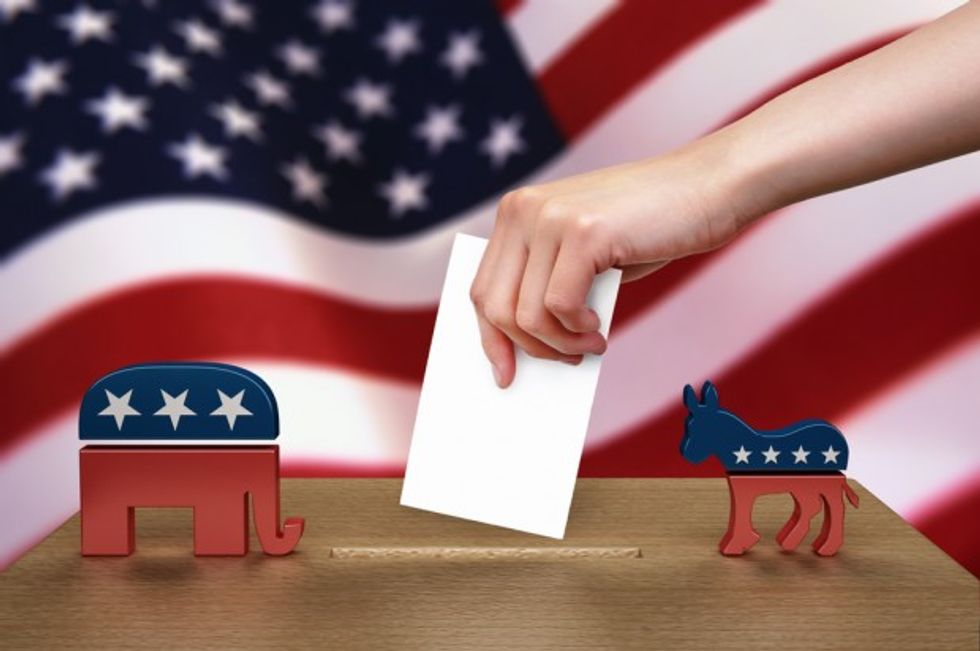 All throughout Trump’s candidacy he has had counterweighting forces, delegitimizing comments as the view of the GOP as a whole. While Paul Ryan has supported Trump, he has also ardently spoken out against comments deemed in contrast with the position of the party. Many Republicans have refused to support his candidacy altogether, while others quite literally quit their jobs or changed parties entirely.

This is in stark contract to the entire Democratic Party coalescing behind Clinton. Even Clinton’s staunchest opposition force, Bernie Sanders, fully endorsed her. There is no #NeverClinton movement or disavowing of comments. Clinton will be the face of the Democratic Party, and everyone in it.

Democratic candidates will be tied to the second most unpopular nominee in history. They will carry this baggage in every one of their campaigns, and for some it may prove to be fatal. To say that Clinton winning the presidency is a sign most Americans want her in office is incorrect - Republicans just nominated the candidate who is seen by a plurality of voters to be worse. If this were false, how did so many other major Republican presidential candidates beat her in primary head-to-head polling, while Trump lost?

The Republican future candidates will have no such issues. If their Democratic opponents attempt to tie them to the "GOP of Trump," they can easily argue that the GOP was never Trump’s.

“The function of leadership is to produce more leaders, not more followers.” —Ralph Nader

The reality is, they don’t. The Democratic Party is starved of people who can make the party their own after Clinton.

Looking at Democrats who have pulled "viral political stunts," one name comes to mind. Sen. Chris Murphy (D-Conn.) led a 15-hour filibuster on gun control and, at just 43 years old, he has potential. However there is little accomplishment on his political resume.

When looking at the entire Senate Democratic Caucus, only two other names stand out: Cory Booker (D-N.J.) and Michael Bennett (D-Colo.). Of those two, Booker is the only one who could potentially threaten the GOP, primarily due to his affability, yet even he is riddled with tales of ineffectiveness as Newark mayor.

The only governor with true national potential is John Hickenlooper (D-Colo.), though he lacks the same "historical" or "anti-establishment" angle that propelled Obama, Clinton, and Sanders. Furthermore, if Clinton seeks reelection in 2020, the soonest Hickenlooper could run would be at age 72, a full six years after leaving office. Democrats will make the case for Sanders again, or Elizabeth Warren, but they both are far too left-wing for the majority of the electorate.

The lack of next generational leaders in the Democratic Party can be proven in a much more simple manner. If there were these leaders, why did no one other than Sanders run a (credible) primary campaign against Clinton?

Jeb Bush was seen as the Clinton equivelent for the GOP. People said he was a surefire nominee after raising an unprecedented $103 million for his superPAC before announcing his candidacy. Despite that, 16 other campaigns were also launched.

Having looked at the future of the Democratic Party, the last element to be considered is the state of the nation. Clinton brings no real changes to the economic policies of Obama, and the reality is Obama is the first president in U.S. history to never see more than 3 percent economic growth. Furthermore, this means the national debt will continue to will continue to climb even higher than its current level of 105 percent of national GDP. That is unsustainable. Likewise, healthcare premiums are skyrocketing under Obamacare, a program Clinton supports.

There is a party with weak future prospects after 2016. However it is not the Republican Party.

It is the Democratic Party.

Seb Rougemont is a Senior student of Political Science at the University of Central Florida, and can be reached at seb.rougemont@gmail.com