Presidential candidate from Colorado could be a coach someday

Michael Bennet, God bless him, he seemed like a decent lad. All week he had his family there. He said his campaign was their family vacation. He had had prostate cancer but would you believe he survived?

"Life is getting shorter," he said. "Every day." 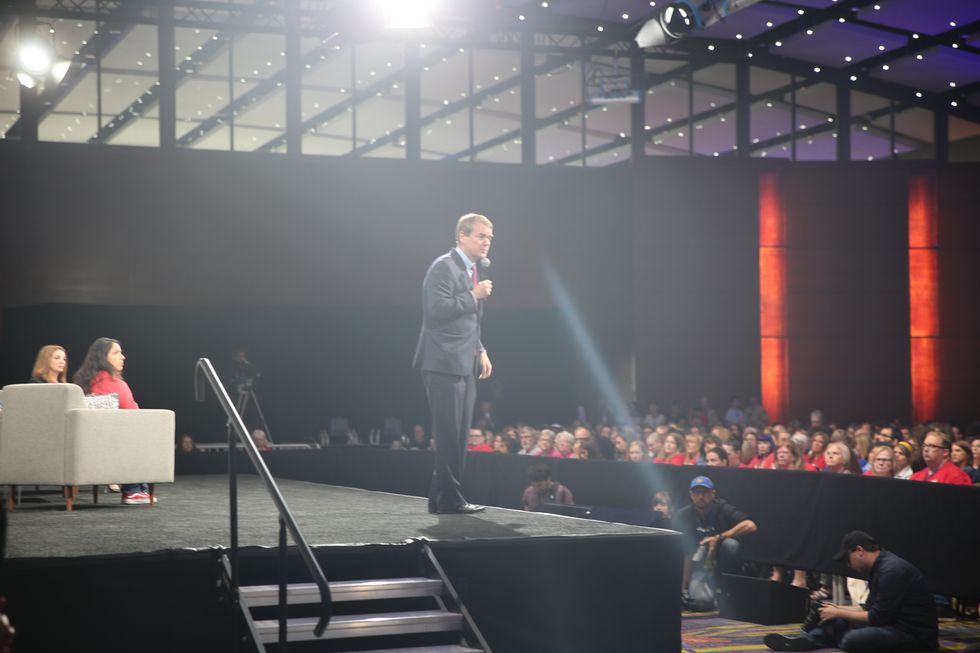 He was well spoken. Dry. Talked with an air of consultation. Like you were in his office, and he had things to tell you.

Like a Little League coach who could actually be a coach someday.

I would encounter Bennet again the next day, at the Iowa State Fair.

Having just seen Sen. Kamala Harris (D-Calif.) at a small Baptist church, we ventured to the fair to see Bernie Sanders' riot of a Sunday speech. Bennet was on before him, so I got there early, and I paced off to get a restroom break. The media center is in the basement of the administration building, right by the Political Soapbox stage. For whatever reason, the first-floor men's restroom has giant windows along the wall, and you can see right out onto the walkway that wraps around the building. I did not realize that this was the path that the candidates take to get to the stage. 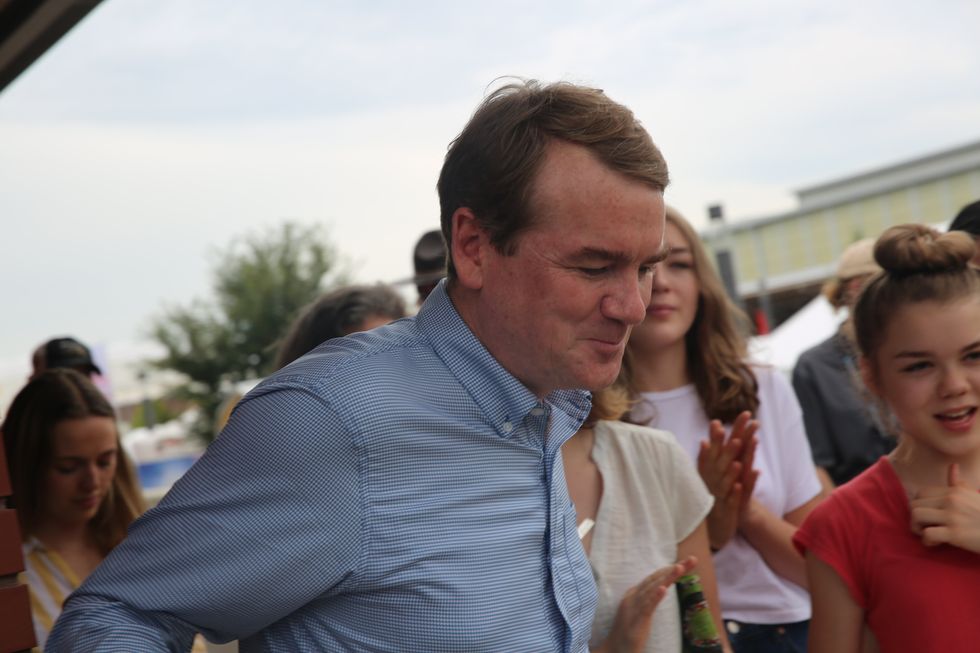 And, this far into the 2020 presidential election, they never went many places alone. They had a press swarm and their wives and maybe an old friend who relocated here when the hurricane sank his house.

I was rushing. Panicking, really. Because I heard all the commotion. But nature abides by its own pace. And as I shuffled to the sink to wash my hands, my pants fell all the way down. I was exposed. Out in the open and in such desperation, you clobber yourself outside of time. It was all slo-mo with the Chopped-n-screwed voices as I scrambled to lift my trousers and audibly gasped the words, "Well just no." At that exact moment, that "accidental Renaissance" painting occurred as I locked eyes with Michael Bennet, slowly maneuvering the walkway. 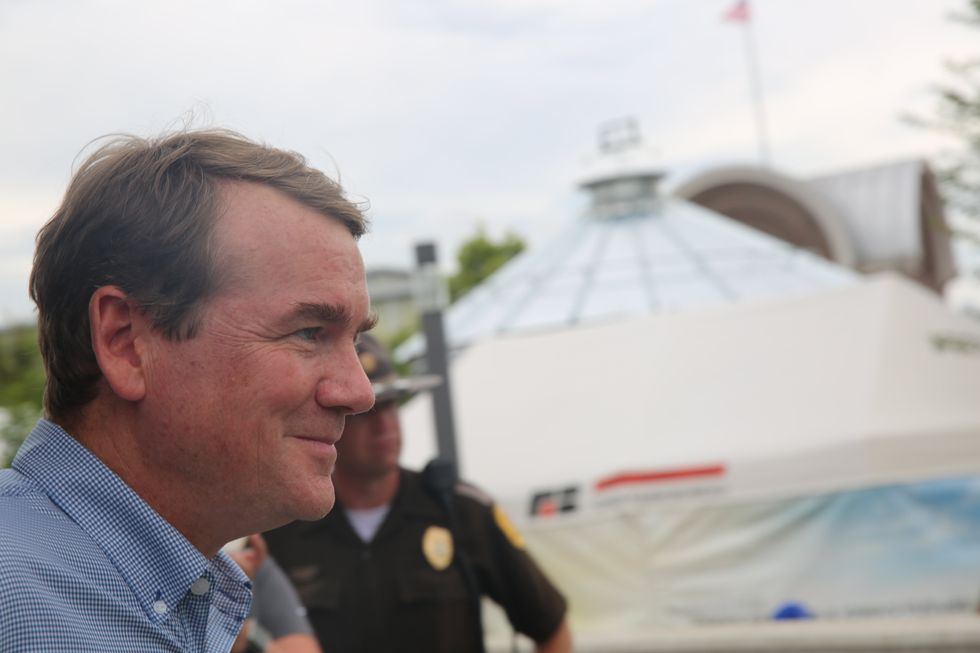 These sorts of things happened, didn't they? There you were in a restroom, at an NFL game or a concert or maybe a bar, and you see someone you work with, or someone from church or school, and you lock eyes for a moment in confusion then revert to cave talk and shrug and get on with what you were doing. But it's weird when only one of you is actively part of the etiquette and allowances of a restroom and one of you is held to a higher standard, for the sake of common decency. Now let's say that you, the restroom occupant, happen to be credentialed press, and the outsider, Michael Bennet, happens to be a candidate for president of America.

Once the herd passed by behind him, I laughed a bit, quietly, because life could be very funny.

Onstage, Bennet, a senator from Colorado, gave the performance of a cake falling into a pool. Like he had been ghost-busted. Like he had spent the last two months learning the Fortnite dance moves and now that he had mastered them, suddenly Fortnite was for losers, and Fortnite dances, well, they were even worse.

The Political Soapbox is great because every candidate has 20 minutes. Those 20 minutes were theirs. Most of the time, they got romantic like a Backstreet Boy singing up toward an open window. Occasionally, they lost it. Bennet did neither. He belly-flopped into hay bales. 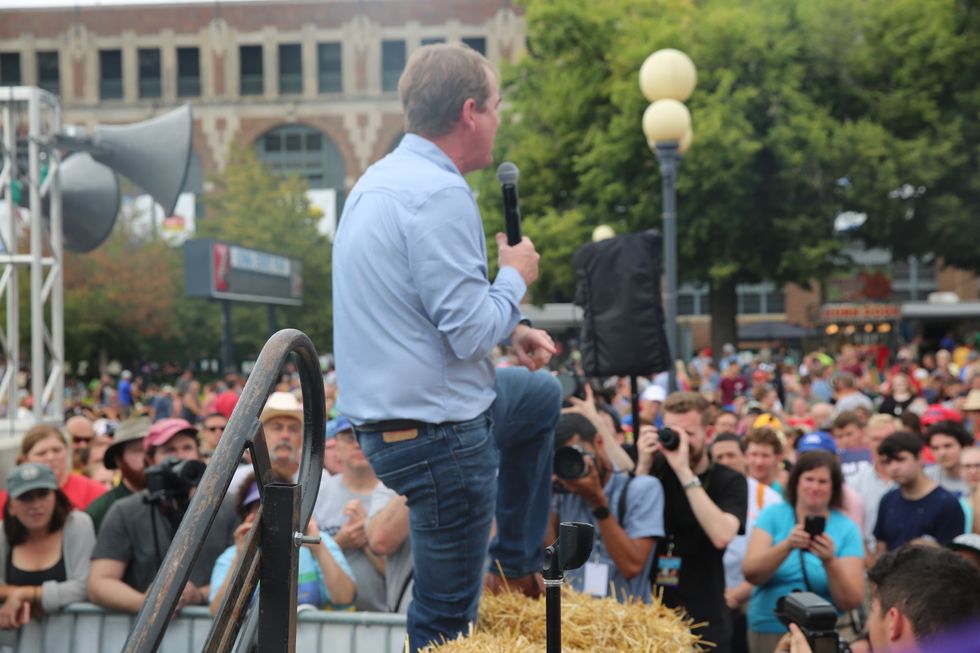 Remember that the growing crowd had the dangerous feel of a natural disaster. And it was gaspingly warm that day. So neither the crowd nor the environment were ready to give Bennet a freebie.

He gave a ravishing speech, full of neat invective. Then looked up and realized he still had 14 minutes on the clock. Oof. That was most of it, and he'd already done the Floss and the Robot and the Electro Shuffle, and honestly his shoulder was a little stiff from all that dance practice. So he opened the floor for questions. 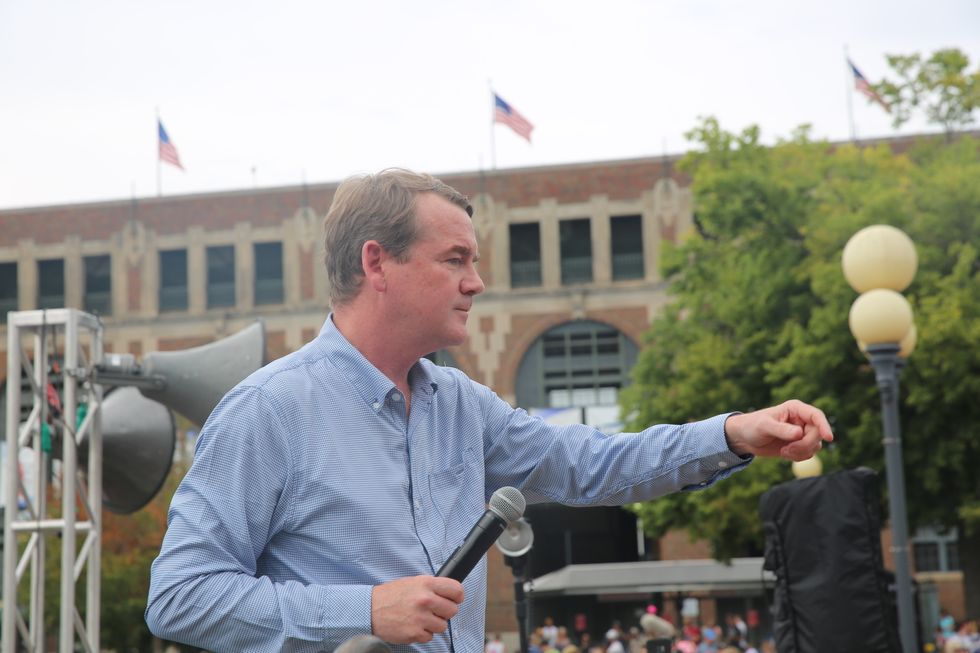 Now, that was not the greatest idea. For one, this was not the type of place for such a thing. They called it a soapbox because you were meant to live out the phrase "on a soapbox" by ranting and fist-pounding and all other theatrics.

The Bernie Sanders supporters hadn't arrived en masse yet, so most of the people around the stage were clad in Trump gear. And they all had their hands up ready to ask him questions. Well, firebombs, really, masked as interrogative statements.
Bennet shouted without breathing, then said, "I want to find a non-male person who has a question."

This did not sit well with the males who did not like the trend of personalizing all things, cautious gendering, and the sudden change of direction so that now they had to just listen.

Most people did not care.

"I do not support Bernie's plan," Bennet shouted. But would you believe the Bernie supporters had literally just arrived, you could smell their hair dye.

They jeered, then acted exactly — and I mean exactly — like the Trump supporters.

"I would rather support free pre-school than free college," he shouted. "Many people talk about... " but the jeering was too powerful. And the Bernie supporters had likely just had quinoa açaí bowls at their pre-Bernie brunch, so they were unstoppable.
Well God bless the man for scratching "Give Presidency a Try" off his bucket list. Because at least he had a bucket list.

What did they have? Student debt and a restraining order? They being the growing factions of Bernie and Trump supporters in the audience. You could not see any pavement. It was just people and faces like the Mediterranean in the evening, all the way to the towering walls of the Grandstand. 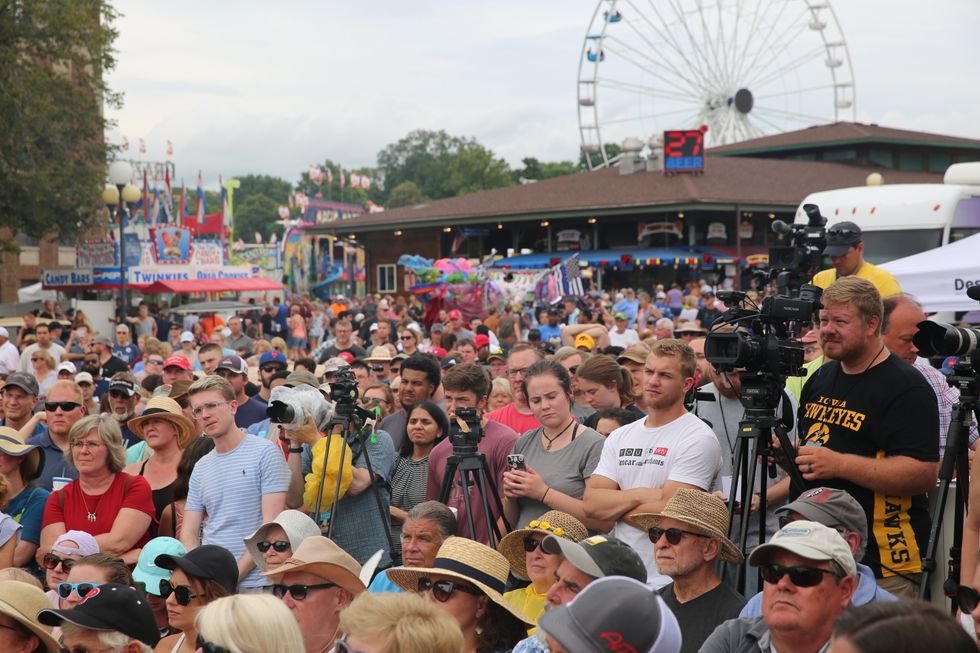 Looking out at all that chaos, all that latent disaster, Bennet must have felt a deep stirring. 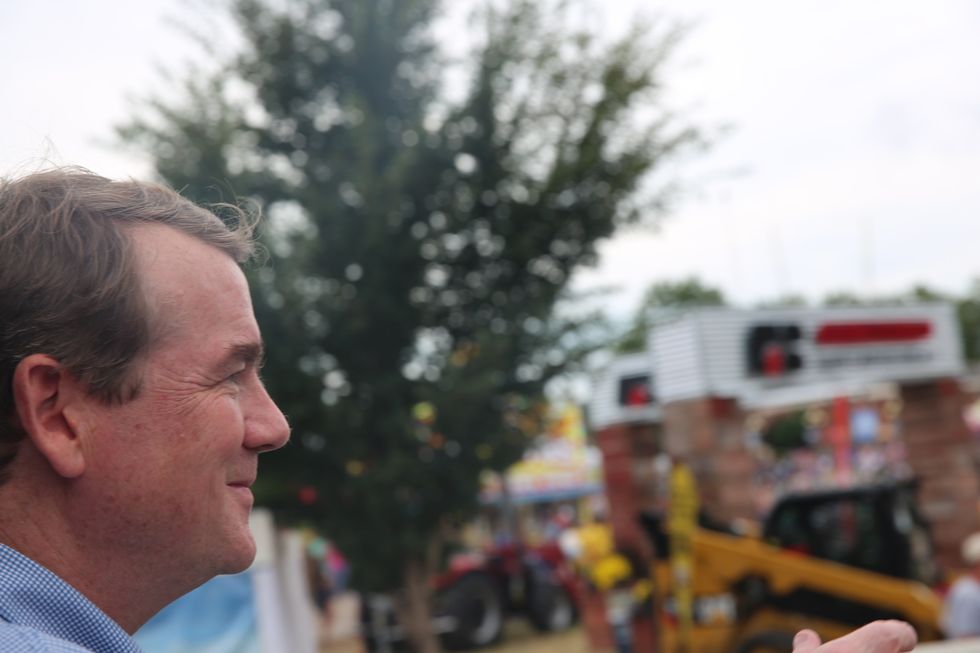 The night before, Slipknot headlined at the Grand Stand, a sold-out show. Rollicking and bursting and howling. How many drumbeats could drummer Jay Weinberg get per minute? At one point, vocalist Corey Taylor unleashed a demonic bellow, then adjusted his mask and looked out to all those people, those devoted fans, because many of them had Slipknot tattoos, and maybe he, like Bennet, indulged a moment for himself, a personalization of the grand setting, then shrieked, then persuaded the audience to lift their hands into the air, maybe toward a constellation of their choosing, and extend their middle finger like it was an egg landing on a pillow, which symbolizes the human condition.

New installments to this series come out every Monday and Thursday morning. For live updates, check out my Twitter or email me at kryan@mercurystudios.com