Crazy: Man Dressed as a Woman Robs Gas Station. Crazier: Wait Until You See His 'Gun

Police are still on the hunt.

Police in Australia are on the hunt for a male suspect they say robbed a convenience store while dressed as a woman.

The March 30 robbery happened in the Watervale suburb of Melbourne, Australia, News.com.au reported. Surveillance video shows the suspect walking in carrying a purse and wearing a skirt, sunglasses, a blond wig and a sunhat. 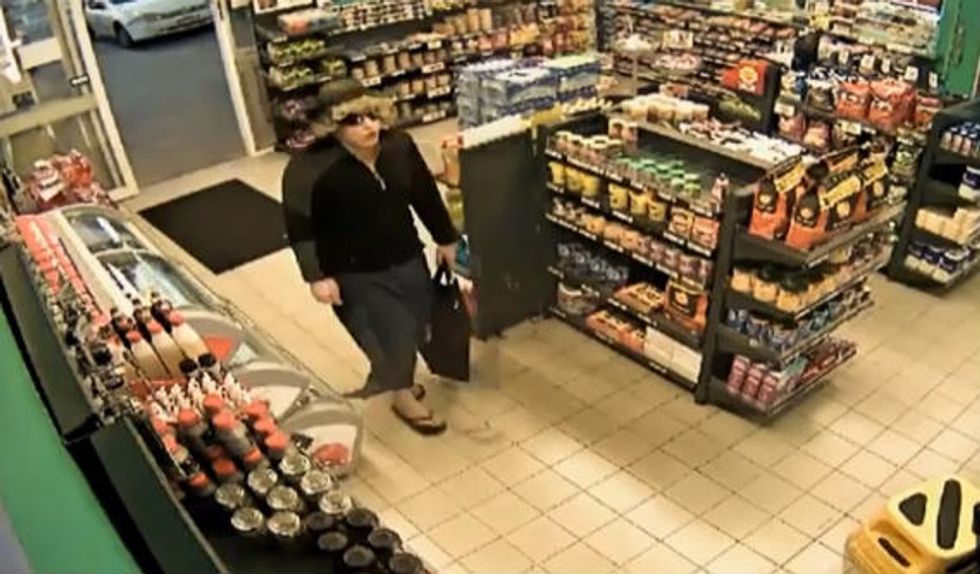 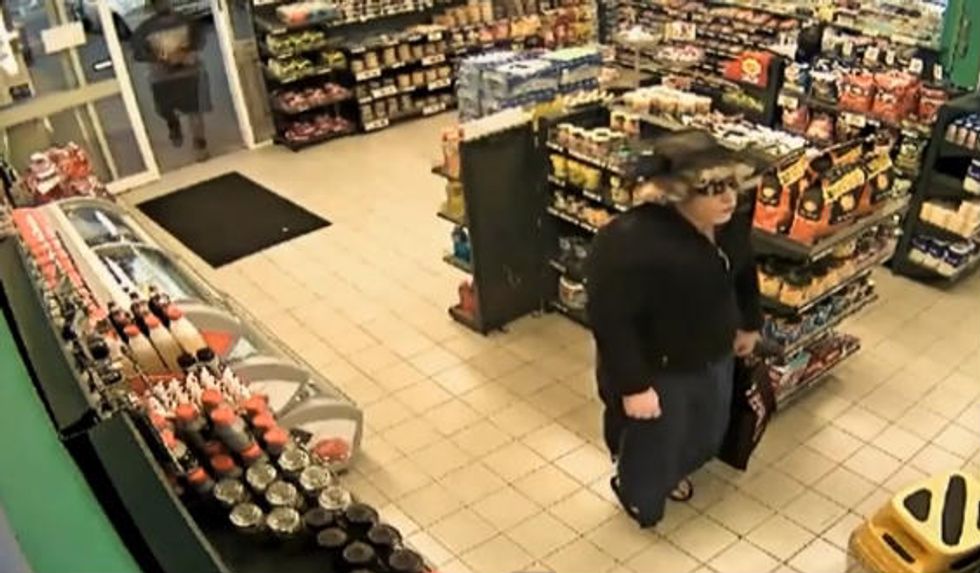 Just a few steps inside the door, he stops for several moments to peruse some items on a shelf. He browses the store some more, eventually showing up at the counter in front of the cash register. The suspect then appears to order a carton of cigarettes from the clerk, who goes to retrieve them from a shelf in the back.

The clerk returns to the register, sets the item down and begins to ring up the order. That's when the suspect is seen reaching into his purse for what the Australian news site described as a "homemade machine gun." 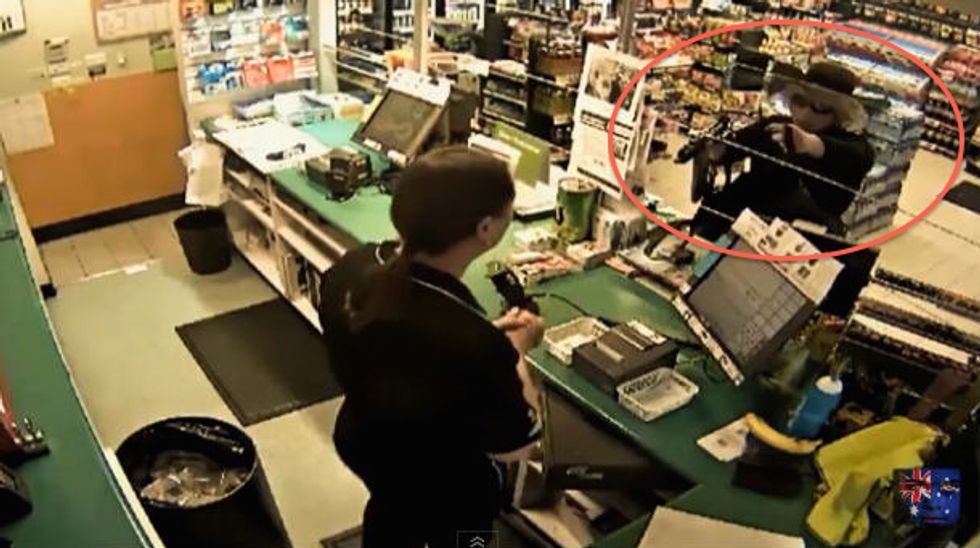 The clerk takes a step back from the register, then proceeds to open the cash drawer to hand over all the money. The suspect then takes the money and places it and the gun into the purse and walks out, according to the news site.

Customers in the store appeared to have stayed relatively calm. No one was injured during the incident and police are still on the hunt for the suspect.

Watch the surveillance footage below: