"You're gonna stop doing what you're doing ..."

A group of New Black Panthers armed with rifles faced off with sheriff's deputies Wednesday outside the Texas jail where Sandra Bland died, where a leader of the protesters shouted an apparent threat to law enforcement. 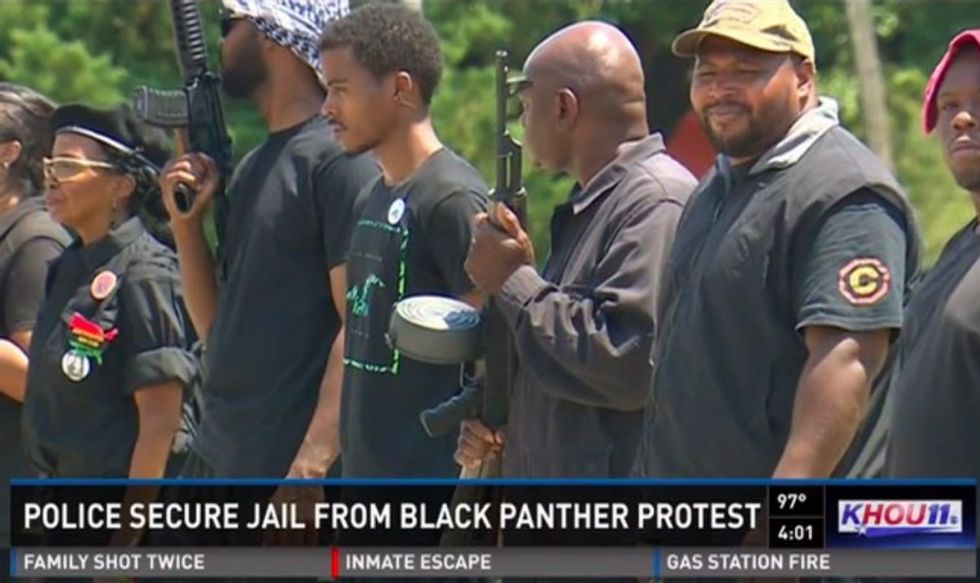 "You're gonna stop doing what you're doing," he yelled into a microphone, "or we're gonna start creeping up on you in the dark of night!"

"We have to take back the power," Yahcanon of the Black Panther Party told KHOU-TV. "It will define who we are."

Despite the heated display in front of the Waller County Jail — countered with additional deputies from Harris County — there were no reports of violence. 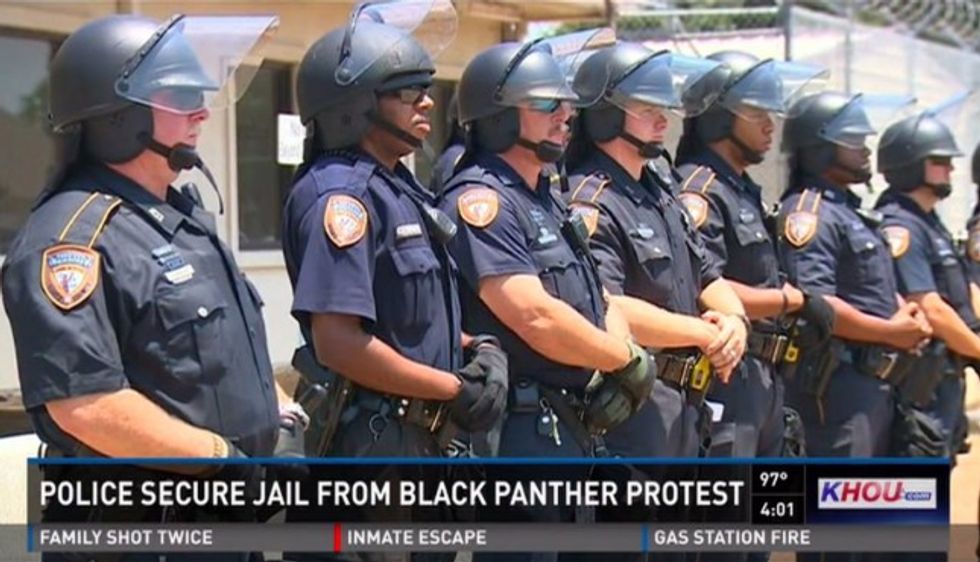 Sheriff Glenn Smith, under fire since Bland was found hanging in her cell last month, said he has no issue with the protests and won't be resigning.

The sheriff's office didn't respond to phone calls from TheBlaze on Thursday.