New Obamacare Appeal to Be Filed With the Supreme Court: ‘So Unconstitutional in So Many Ways’

"The court is going to be having Obamacare cases far into the future."

The HealthCare.gov website, where people can buy health insurance, is displayed on a laptop screen in Washington, Tuesday, Oct. 6, 2015. (AP/Andrew Harnik)
Associated Press

WASHINGTON (AP) -- Opponents of President Barack Obama's health care overhaul are taking yet another challenge to the law to the Supreme Court, and say they will be back with more if this one fails.

A new appeal being filed Monday by the Pacific Legal Foundation contends the law violates the provision of the Constitution that requires tax-raising bills to originate in the House of Representatives. 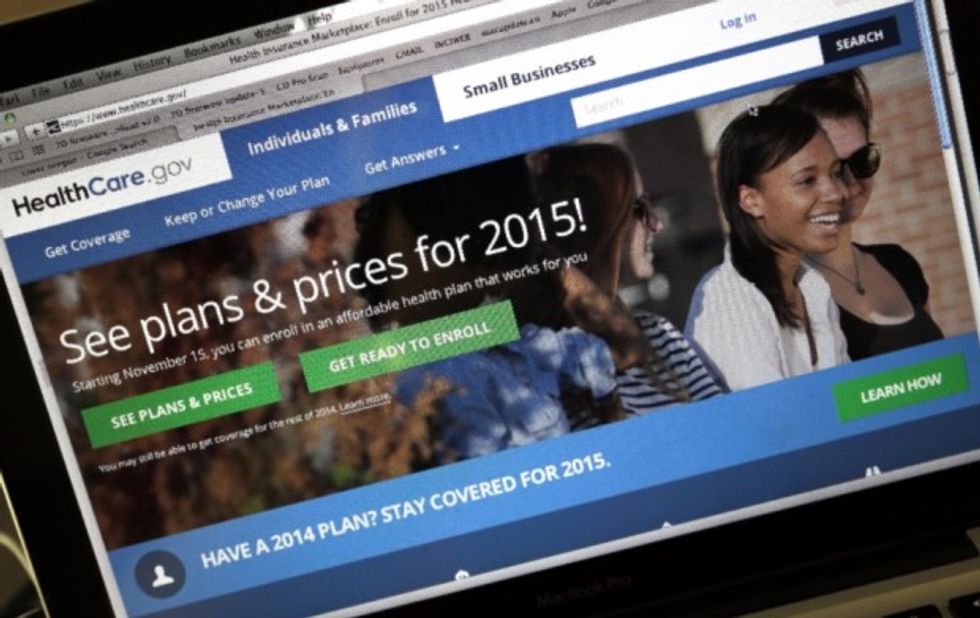 Another appeal against the Affordable Care Act is making its way to the Supreme Court. (AP/Don Ryan)

Pacific Legal Foundation lawyer Timothy Sandefur said the problem with the law is just one example of how "Obamacare is so unconstitutional in so many ways."

Sandefur said the justices will face one challenge to the law after another until it is significantly changed or repealed.

The court has twice turned back major challenges to the health care law, in opinions written by Chief Justice John Roberts in 2012 and in June. The court also has allowed family-owned businesses with religious objections to opt out of paying for contraceptives for women covered under their health plans. A related case involving faith-oriented colleges, hospitals and charities is pending.

The new appeal, filed on behalf of small-business owner Matt Sissel, stems from the Constitution's Origination Clause, which requires that the House be the first to pass a bill "for raising revenue."

The foundation said the health overhaul is expected to generate roughly $500 billion in a dozen separate new taxes by 2019, clearly making it a bill to raise revenue. The appeal said the legislation made its debut in the Senate when then-Majority Leader Harry Reid, D-Nev., gutted an unrelated bill that already had passed the House and inserted language that became the Affordable Care Act. The original measure was designed to help veterans buy homes.

The House then adopted the revised measure. Both chambers were controlled by Democrats at the time.

Lower courts have rejected the group's argument. A unanimous three-judge panel of the federal appeals court in Washington said that while the health care law does contain tax-raising provisions, its primary purpose was not to raise revenue, but rather to expand health care coverage.

When the full 11-judge appeals court considered whether to hear the case, the four Republican-appointed judges concluded that the legislation should qualify as revenue-producing. But they would have ruled in favor of the administration anyway. They said the bill properly originated in the House, even if the measure was stripped of its original language.

But Sandefur said he hopes the court will agree to hear yet another case. The meaning of the Origination Clause "has never been before the Supreme Court," Sandefur said.

Whatever the outcome, he said opponents of the law will keep fighting it in court. "Obamacare is so unconstitutional in so many ways that the court is going to be having Obamacare cases far into the future until the law is repealed or amended," he said.