The map, based on recent polling and demographics of each state, depicts how states are expected to vote in November, and how many electoral votes each candidate will receive from their victories. 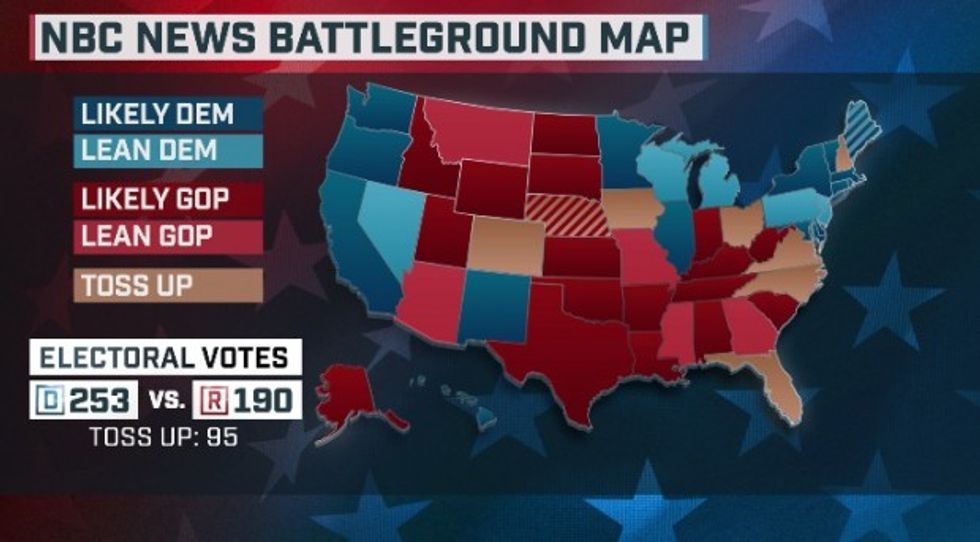 That means — as the map currently stands — in order to win the White House, Clinton would need to win only Florida or Ohio.