Governments have closed churches across the US. Yet many Americans are finding their faith is stronger now, not weaker.

Chris Field
April 30, 2020
Photo by BRIDGET BENNETT/AFP via Getty Images
Like Blaze News? Get the news that matters most delivered directly to your inbox.

Limiting — or outright prohibiting — in-person religious services has become one of the most controversial moves that states have made in an attempt to slow the coronavirus pandemic. Nearly a fifth of all states still have bans on religious gatherings, while many others have put stringent restrictions on such meetings.

But there's good news. Despite governmental heavy-handedness, Americans generally are far more likely to say that their faith has grown stronger during this time of trial rather than weaker. The numbers are even better for Christians who have been the leading voices in calling for an end to church lockdowns.

What are the numbers?

A new Pew Research study reported that 91% of adults say their congregation has closed religious services to the public, while just 3% say people are still gathering in person at their house of worship. 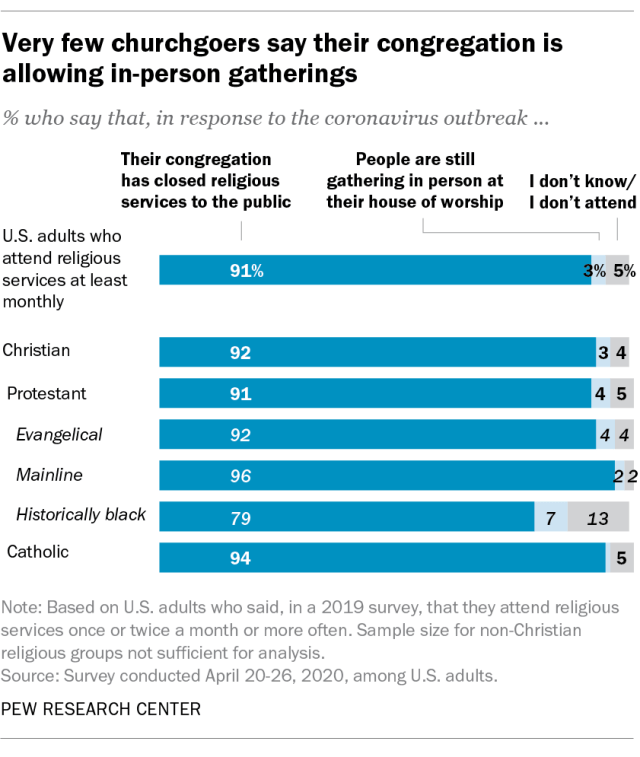 For Christians, the number is even more encouraging: 35% of them say their faith its stronger, with Protestants more likely (38%) than Catholics (27%) to say they've seen their faith strengthened during this time.

Within the Protestant group, 42% of Evangelicals say their faith is stronger, but just 22% of mainline Protestants say the same.

The faith subset where the most people are claiming a stronger faith is black Protestants, 56% of whom hold that view. 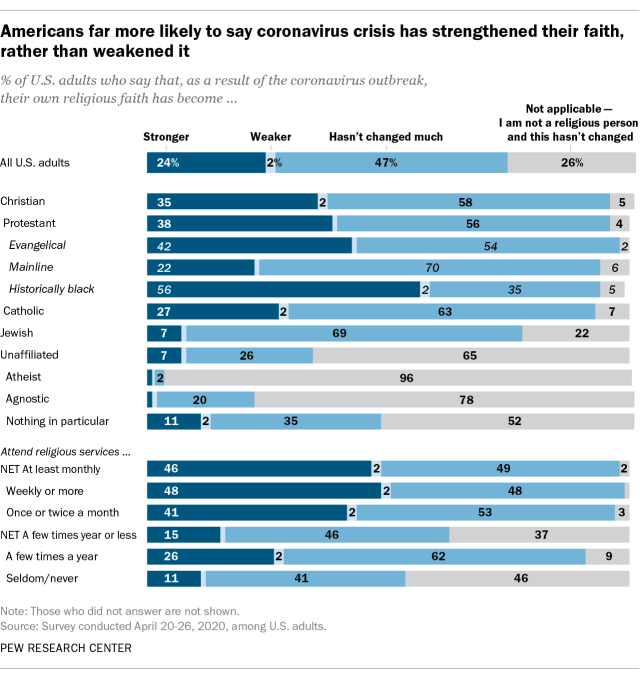 Blacks also happen to be the general-population group most likely to say (41%) their faith has grown during the pandemic. They are twice as likely as whites (20%) and a third more likely than Hispanics (30%) to say the crisis has strengthened their faith.

Further breakdown of the polling shows: 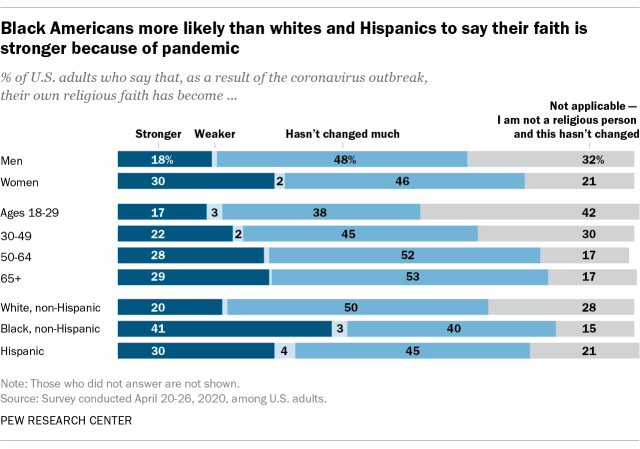 Breaking: Biden says US troops will head 'in the near term' to NATO countries in Eastern Europe

Leftist Joy Behar admits 'black guy' Justice Clarence Thomas of the Supreme Court is also intelligent: 'I'll give it to him — he's a smart guy'

'We have failed our children': Goldie Hawn warns COVID-19 pandemic has unleashed mental trauma on an entire generation of kids