Jon Miller gives his take on the lies about President Trump

On Thursday's episode of "White House Brief," Jon Miller discussed Larry O'Donnell and Ken Dilanian who over the past week retracted stories found to be lies.

An MSNBC reporter, Larry O'Donnell, was forced to retract a story that claimed President Donald Trump used Russian oligarchs to co-sign for loans from Deutsche Bank.

Dilanian later corrected the story in a tweet after experts looked at new USCIS policy and determined only applied to service members on deployment who adopt children outside of the United States. 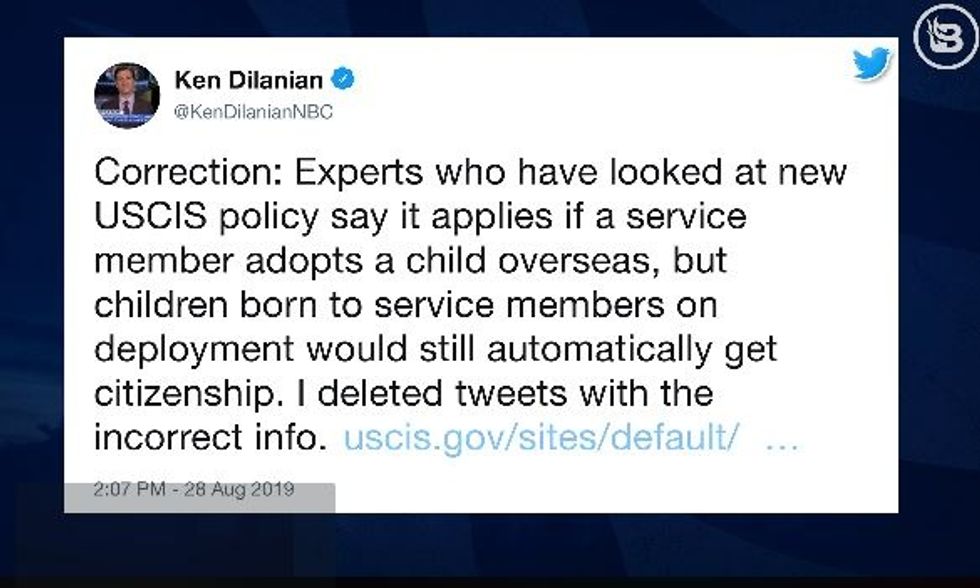 Watch the video below for more,