Gun Stocks Shoot Through the Roof

Given the increasingly uncertain political and economic climate, it's no big surprise that people are continuing to buy guns in record numbers. However, at this stage it's surpassed just an issue of being record numbers. We'd say guns are selling like hotcakes, but there might not be market data showing that hotcakes sell this fast.

24/7 Wall Street, an investment website, has news on the incredible, practically vertical rise of gun stocks over the past few years:

Records were set in annual units produced by Smith & Wesson and on annual cash generated. S&W said that these results are driven by strong sales of M&P polymer pistols and M&P modern sporting rifles.

The S&W earnings report is full of more “record-setting events” by the gun-maker that were just impossible to ignore.  The fourth quarter saw a record at $129.8 million and the company posted a record earnings of $17.8 million for its fiscal year with another record of earnings from operations of $17.8 million.

How rabid is the desire for guns? Three months ago, Ruger Firearms stopped accepting orders for new weapons altogether because they couldn't keep up with the demand. And if these stock numbers are correct, guns are practically the new gold. 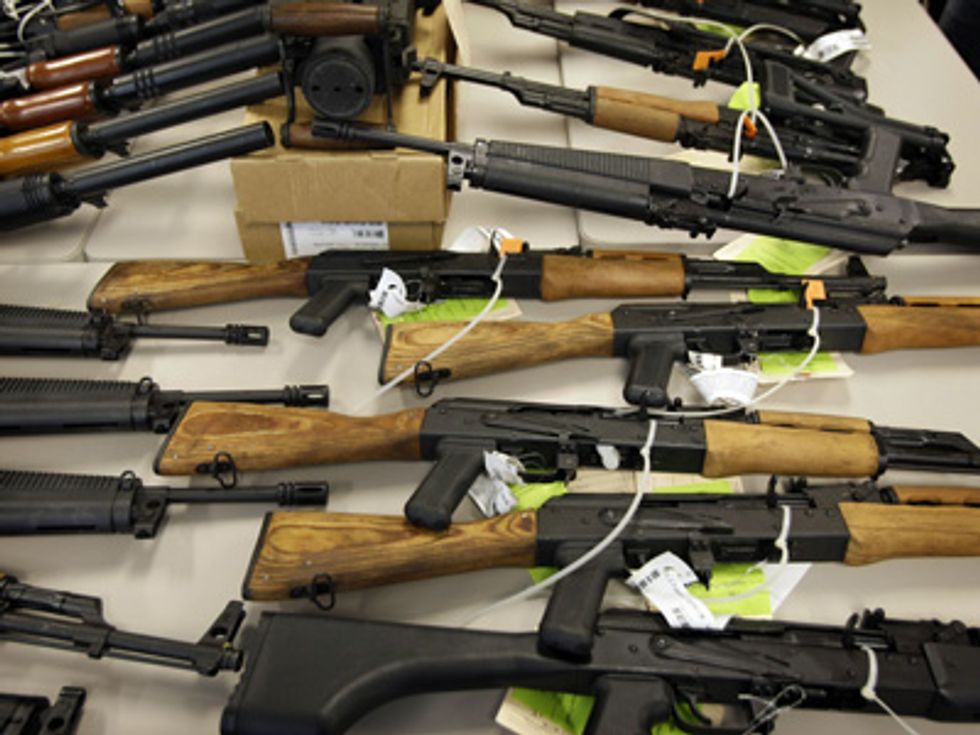