Fail! TV Reporter Doing Live Segment on 'Proper' Sledding Ends Up Showing You What Not to Do

"No matter what, use your hands, just have fun and make sure you steer."

Greenville, SC averages just over an inch of snow per year. This week, when the area was hit with a rare snowstorm that left 3 to 6 inches of snow in the region,  WYFF-TV reporter Myra Ruiz was inspired to grab a sled and show us all "the proper way to sled down a hill that's more muddy than snowy."

The short ride did not end well. Ruiz launched herself down the slope and slammed into a large snowball. 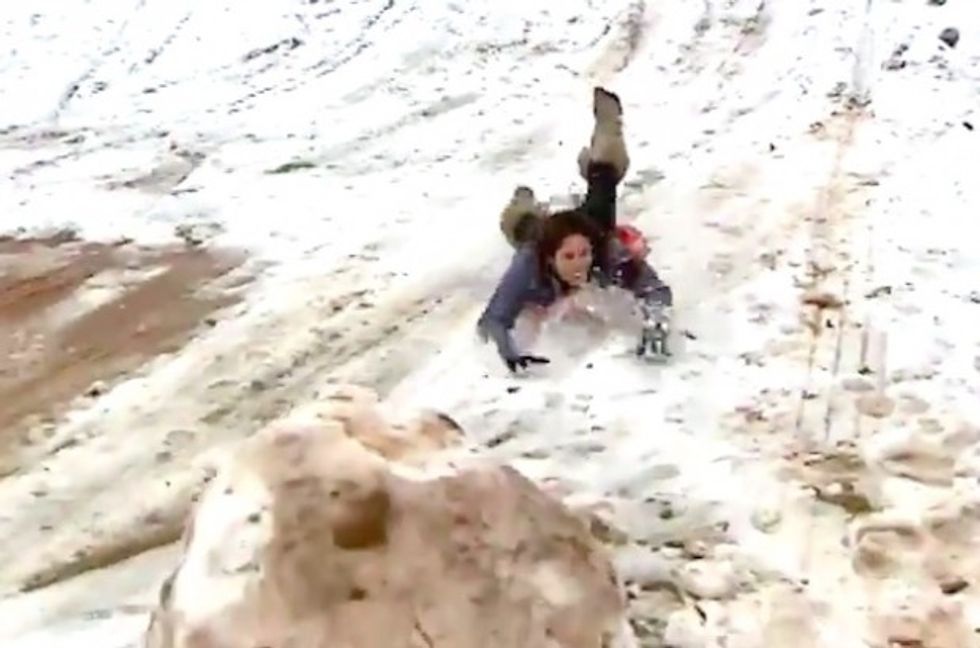 Despite the unfortunate end to her ride, Ruiz remained cheerful. The station also reported that her cameraman was also caught in a snow accident, getting hit by a child on a sled. Both reporter and cameraman were unhurt.