Dallas Stars' defenseman Patrik Nemeth was protecting his team's zone against an attack from the Calgary Flames when a shot deflected off his stick and headed towards his face. 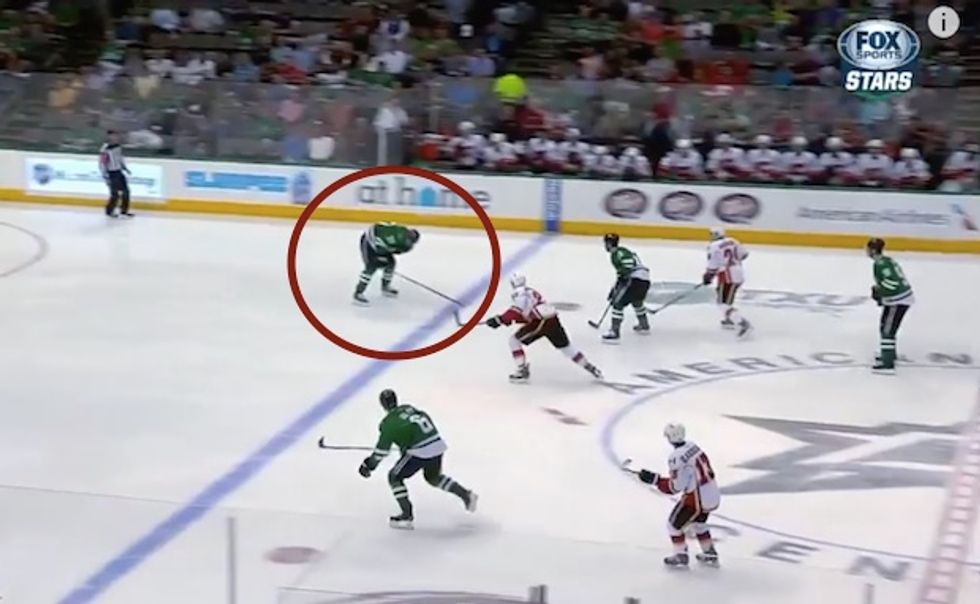 Nemeth bent over and reached towards his head as it became apparent he was hit near the eye by the puck.

Fortunately, the puck did not make a direct hit on his face, but something odd did end up happening: The puck got stuck between his left eye and the visor on his protective facemask. 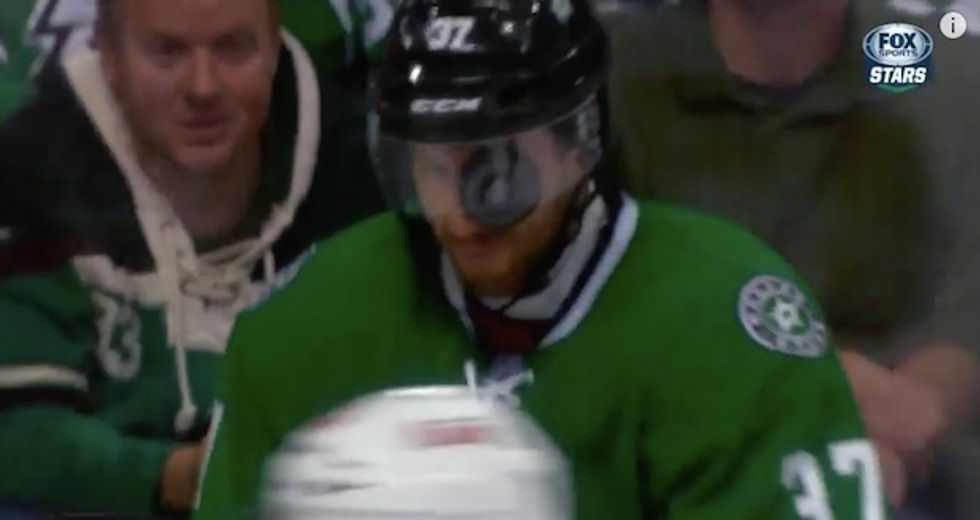 Seconds later, Nemeth removed the puck and smiled, realizing he probably made the night's highlight reel. 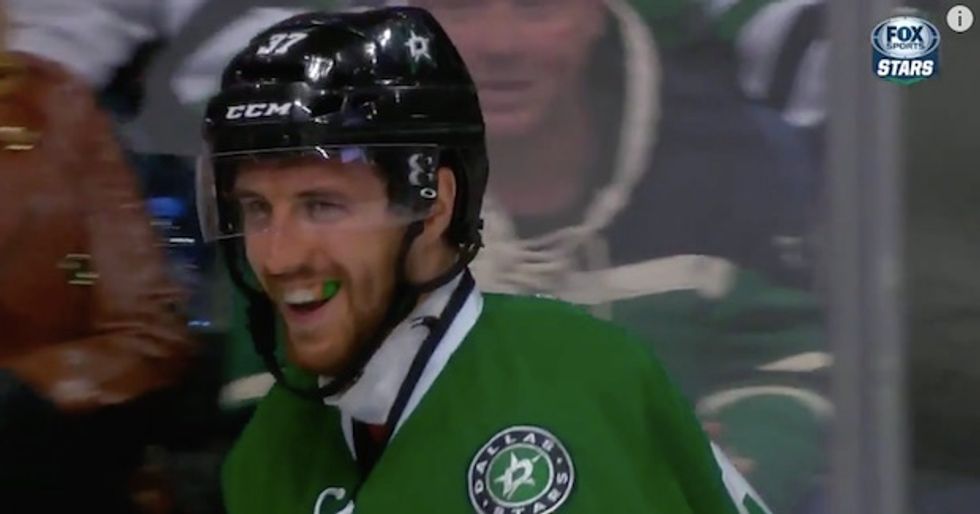 Watch the clip from the NHL: