“Both are very severe.”

A bombshell report from the Naval Criminal Investigative Service indicates that former Army Sgt. Bowe Bergdahl had a “deliberate” plan to defect to the “other side” when he abandoned his post in 2009, Lt. Col. Shaffer (Ret.) claimed on Monday.

Shaffer told Fox News’ Bill O’Reilly he has been “in contact with two individuals” who have seen the report and were “part of the investigation and various aspects of it.” He admitted he has not personally read the NCIS report. 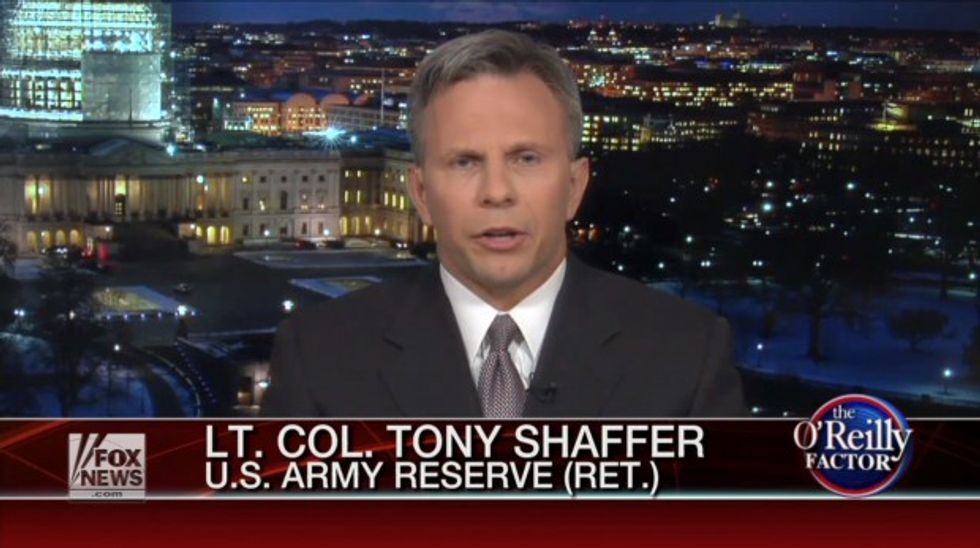 “This is what’s behind the Article 99 misbehavior charge. Essentially, there is clear evidence that he was ‘going over to the other side’ and he had a deliberate plan,” Shaffer said. “There’s two different strings here, Bill, to go off. First, one of the strings says that he was going to go off to Uzbekistan. He had made contact with the local Afghans and wanted to be moved to Uzbekistan, and then made contact with the Russians because he wanted to talk to Russian organized crime.”

“The other thread says that he did move out with a purpose, he had Afghan contacts and he was actually trying to offer himself up to the Taliban,” he added. “Both are very severe.”

Shaffer claimed his information came from the NCIS investigation, which involved computer forensics on Bergdahl’s computer, detailed briefings with his platoon mates and even interviews with Afghans.

O'Reilly called the claims "wild tales" that might show Bergdahl was mentally imbalanced at the time. He also made sure to note that the NCIS report was concluded before President Barack Obama agreed to release five Taliban commanders to secure his release in 2014.

Watch the segment via "The O'Reilly Factor" below: