"If we were asked to set up at an anti-gay marriage rally, I mean, we would have to decline."

A gay woman who donated $20 to Memories Pizza in Walkerton, Indiana, is speaking out about her decision to take a stand in support of all Americans’ right to live their lives according to their beliefs.

Courtney Hoffman was one of thousands of people who donated over $842,000 to the Christian owners of the pizzeria last week after a high volume of online threats caused the business to temporarily close its doors. The outrage ensued after the owners told a local news crew that they would happily serve gay people in its restaurant, but would refuse to cater a gay wedding. 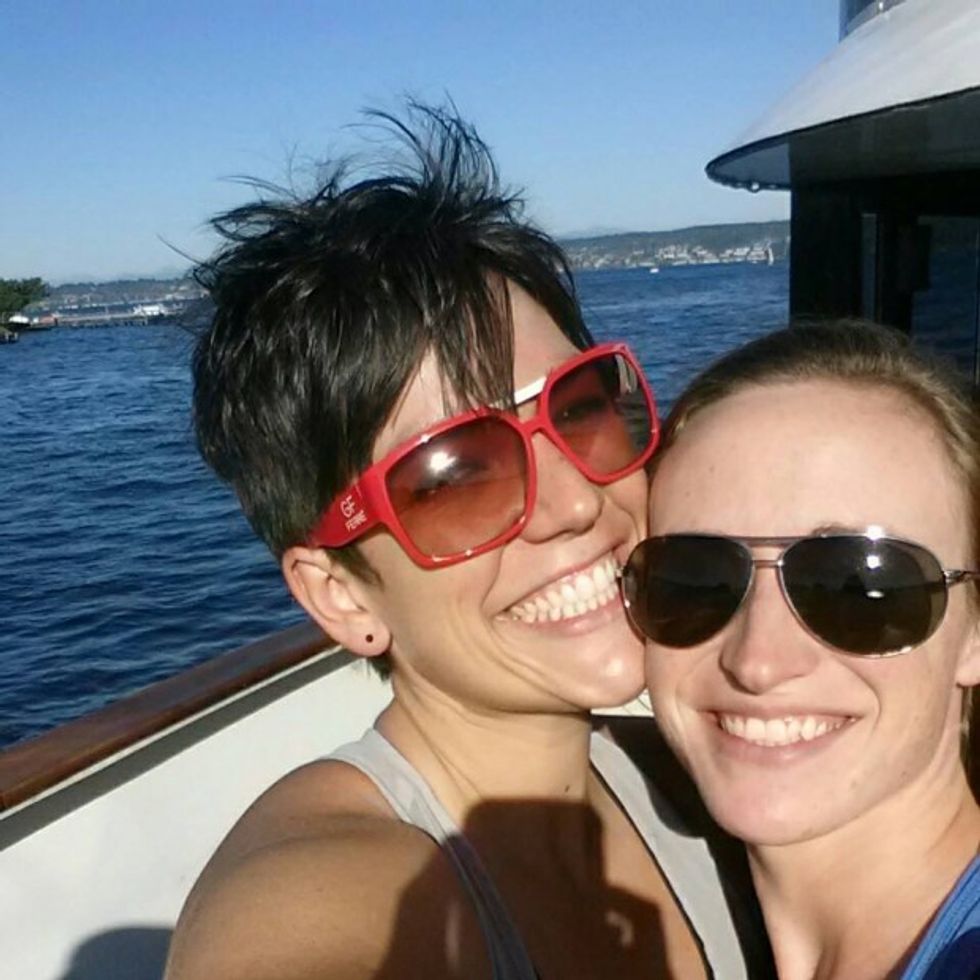 That’s why Hoffman’s donation stood out. While she clearly disagrees with the owners’ beliefs, she still supports their right to operate their business based on those beliefs. In addition to her $20 donation to Memories Pizza, Hoffman wrote:

“As a member of the gay community, I would like to apologize for the mean spirited attacks on you and your business. I know many gay individuals who fully support your right to stand up for your beliefs and run your business according to those beliefs. We are outraged at the level of hate and intolerance that has been directed at you and I sincerely hope that you are able to rebuild.”

Kris Cruz, a radio host and producer of “The Jeff Adams Show,” was the first person to flag Hoffman’s donation. He then contacted her through Facebook and she agreed to join them on the air Monday.

Cruz started with the “big question” — Why did she do it?

“My girlfriend and I are small business owners, and we think there is a difference between operating in a public market space and then attaching the name of your business to a private event,” she said. “Like, if we were asked to set up at an anti-gay marriage rally, I mean, we would have to decline.”

Listen to the interview via "The Jeff Adams Show" and JA Creative New Media (interview starts at around 16:55):

Hoffman said she and her girlfriend operate a small kettle corn stand.

When the disturbing threats of violence were made against the pizzeria, Hoffman said the “horrible, hate-filled attacks” did not reflect the gay community that she has come to know and love.

Though she admitted she was nervous to have so much attention on her, Hoffman also said the responses to her donation have been “so positive and amazing.” But more than anything, Hoffman said she'd like to see people become more tolerant in general.

“There’s this tendency to group people together — they are either one thing or they are another,” she said. “I just think there’s a lot of room for differences and similarities between all of these businesses, all of these communities, and if we can remember that differences don’t equal maliciousness, and try to find what we have in common — you know, the ands instead of the ors. Maybe we can move beyond threats of violence and have open discussions of the things that we don’t agree on.”