Two Days After Sharing This 'Open Letter' to Obama on Facebook, Veteran Coach Was Handing in His Resignation

Two days after posting a controversial open letter to President Barack Obama, written by “An American Citizen,” on his personal Facebook page, a lacrosse coach said he was forced to resign by school officials at Fryeburg Academy in Fryeburg, Maine. 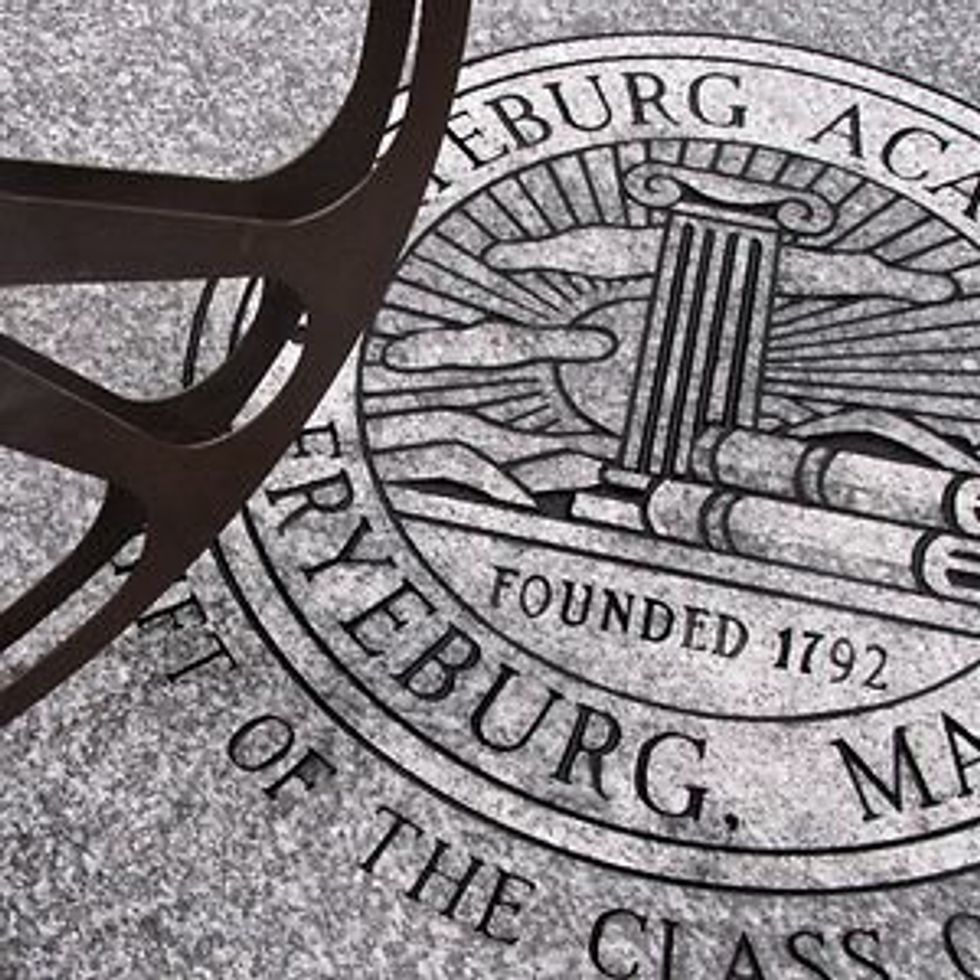 Scott Lees, who was the head coach of the boys lacrosse team for four years, said he shared the open letter because he thought it was “interesting.” The letter asks a series of questions about Muslims and their contributions to America. The author eventually suggests that Muslims do not do “anything that contributes positively to the American way of life.”

"I thought it was an interesting letter to President Obama and his current administration who are not paying attention to Israel and focusing on Iran,” Lees told the Conway Daily Sun.

Read the entire open letter, seemingly written in response to Obama's 2009 speech in Cairo, below:

Have you ever seen a Muslim hospital?

Have you heard a Muslim orchestra?

Have you seen a Muslim band march in a parade?

Have you witnessed a Muslim charity?

Have you seen Muslims shak[ing] hands with Muslim Girl Scouts?

Have you seen a Muslim Candy Striper?

Have your seen a Muslim do anything that contributes positively to the American way of life????

The answer is no, you have not.  Just ask yourself WHY???

Were those Muslims that were in America when the Pilgrims first landed?  Funny, I thought they were Native American Indians.

Were those Muslims that celebrated the first Thanksgiving day? Sorry again, those were Pilgrims and Native American Indians.

Can you show me one Muslim signature on the United States Constitution?  Declaration of Independence?  Bill of Rights?  Didn't think so.

Did Muslims fight for this country's freedom from England?  No.

Did Muslims fight during the Civil War to free the slaves in America?  No, they did not.  In fact, Muslims to this day are still the largest traffickers in human slavery.  Your own half-brother, a devout Muslim, still advocates slavery himself, even though Muslims of Arabic descent refer to black Muslims as "pug nosed slaves."  Says a lot of what the Muslim world really thinks of your family's "rich Islamic heritage," doesn't it Mr. Obama?

Where were Muslims during the Civil Rights era of this country?  Not present.  There are no pictures or media accounts of Muslims walking side by side with Martin Luther King, Jr. or helping to advance the cause of Civil Rights.

Where were Muslims during this country's Woman's Suffrage era?  Again, not present.  In fact, devout Muslims demand that women are subservient to men in the Islamic culture.  So much so, that often they are beaten for not wearing the 'hajib' or for talking to a man who is not a direct family member or their husband.  Yep, the Muslims are all for women's rights, aren't they?

Where were Muslims during World War II?  They were aligned with Adolf Hitler.  The Muslim grand mufti himself met with Adolf Hitler, reviewed the troops and accepted support from the Nazis in killing Jews.

Finally, Mr. Obama, where were Muslims on Sept. 11th, 2001?  If they weren't flying planes into the World Trade Center, the Pentagon or a field in Pennsylvania killing nearly 3,000 people on our own soil, they were rejoicing in the Middle East.

No one can dispute the pictures shown from all parts of the Muslim world celebrating on CNN, Fox News, MSNBC and other cable news networks that day.  Strangely, the very "moderate" Muslims who's asses you bent over backwards to kiss in Cairo, Egypt on June 4th were stone cold silent post 9-11.  To many Americans, their silence has meant approval for the acts of that day.

And THAT, Mr. Obama, is the "rich heritage" Muslims have here in America...

Oh, I'm sorry, I forgot to mention the Barbary Pirates.  They were Muslims.

And now we can add November 5, 2009 – the slaughter of American soldiers at Fort Hood by a Muslim major, a doctor and a psychiatrist, who was supposed to be counseling soldiers returning from battle in Iraq and Afghanistan.

That, Mr. Obama is the "Muslim heritage" in America!

P.S. Now, you can add the Boston Marathon bombings, too...

Lees said he has never been fired in his life and has been coaching since 1992. He reportedly asked the school if they would consider allowing him to resign rather than putting the firing on his record, a request they apparently granted.

Lees also defended himself against claims that he is a bigot, noting that he once let a Muslim student stay in his home for nine days because he had to appear in court for a minor offense.

"If I had a problem with people who are Muslim, then why would I have allowed a Muslim to stay in my home?" he said.

Head of Schools Erin Mayo confirmed to the publication that "Scott Lees did post a message on Facebook regarding Muslim people last week that was negative and, of course, public in nature.”

“When it was brought to my attention, I requested that he remove it, which he did. Charlie Tryder and I then made an appointment to meet with Scott last Thursday morning. When he asked, (Thurston) recommended resignation. He did then resign, and the meeting didn't happen,” Mayo said.