Dash Cam Catches Flipping, Spinning Car's Close Call...but That Might Be an Understatement Once You See It

Calling this a "close call" is an understatement. 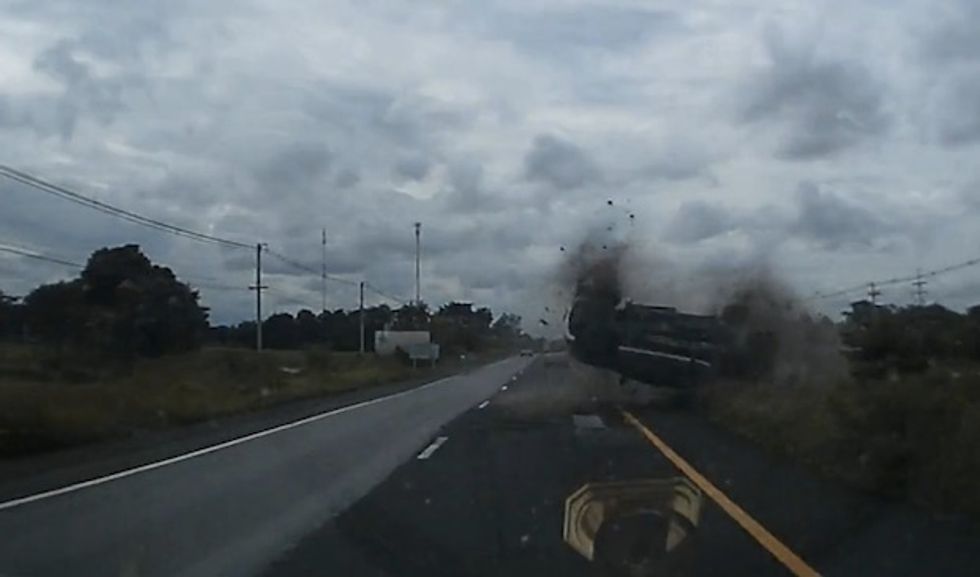 Thanks to a dash cam, we have a record of a horrific crash that caused one car to cross the grass divider between highways and flip uncontrollably towards oncoming traffic.

The driver of the car with the camera swerved to the left, narrowly missing the airborne auto. 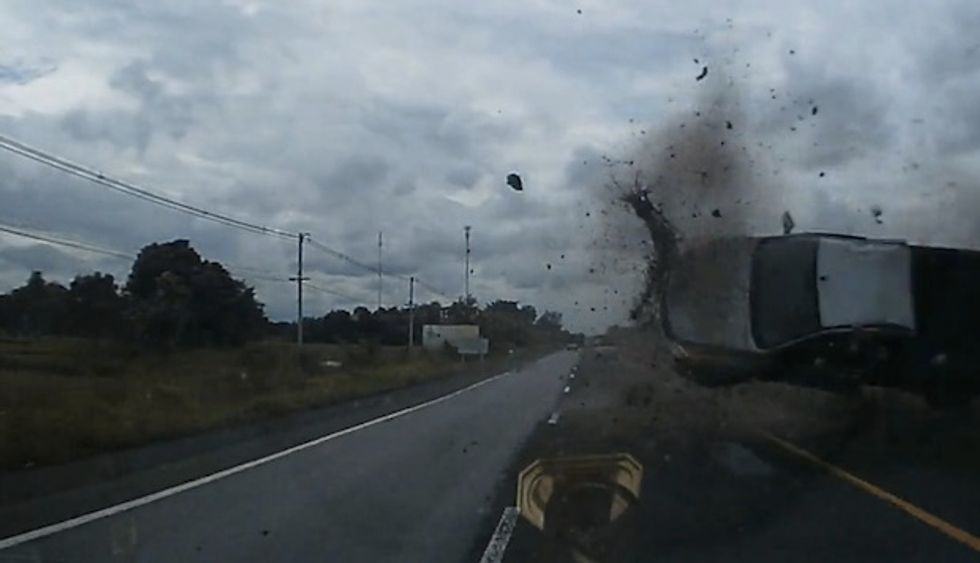 The careening car tossed debris and mud at anything in its path, including the windshield of the car LiveLeak said managed to "avoid instant death."

As the driver was dodging the roadside rubble, his vision appeared to be blocked by the mud and muck. Before he could bring the car to a complete stop, he managed to flip on the windshield wipers and wash away the dirt. 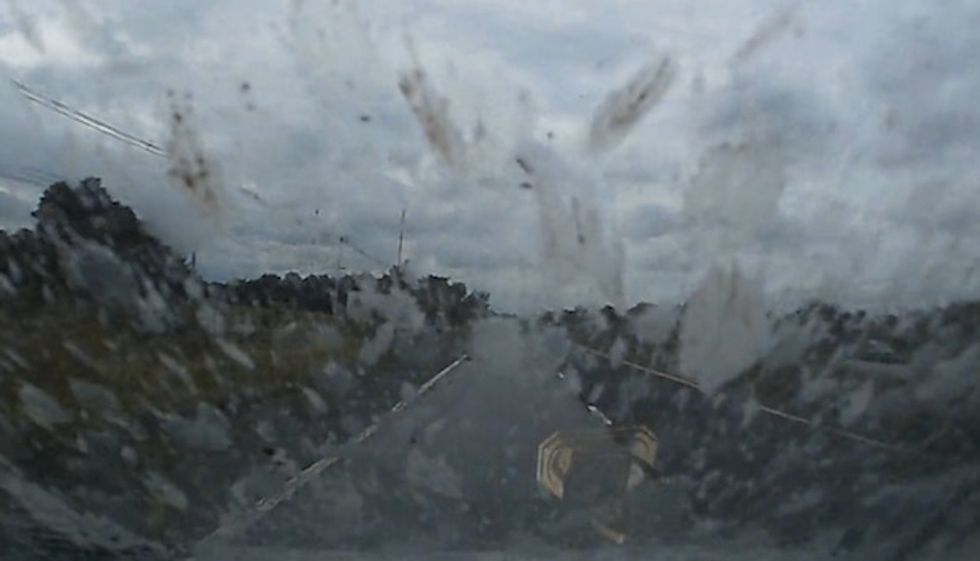 Watch the very close call and the split-second reaction below: