Need a break, or just need a Constitution-themed, well, anything?

As Kentucky Sen. Rand Paul officially joined the race for the 2016 Republican presidential nomination on Tuesday, he launched his online store, too, and the brash copy — "[Get] the next leader of the free world on a stick" — and hilarious items caught the Internet's attention.

Here are eight of the weirdest and most wonderful items from the store.

1. A Constitution-themed phone case: "It's protected our freedoms for more than 200 years, now it's ready to protect your phone." 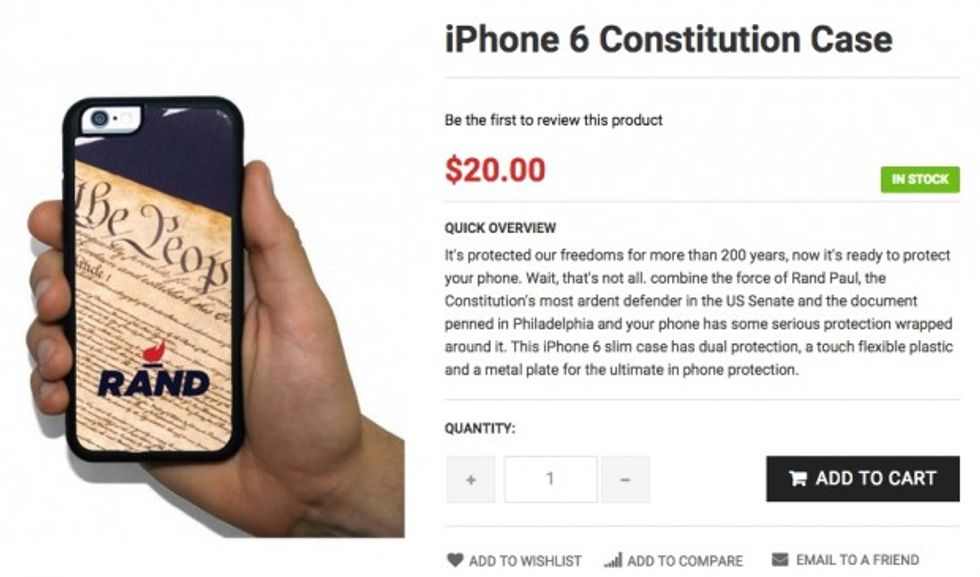 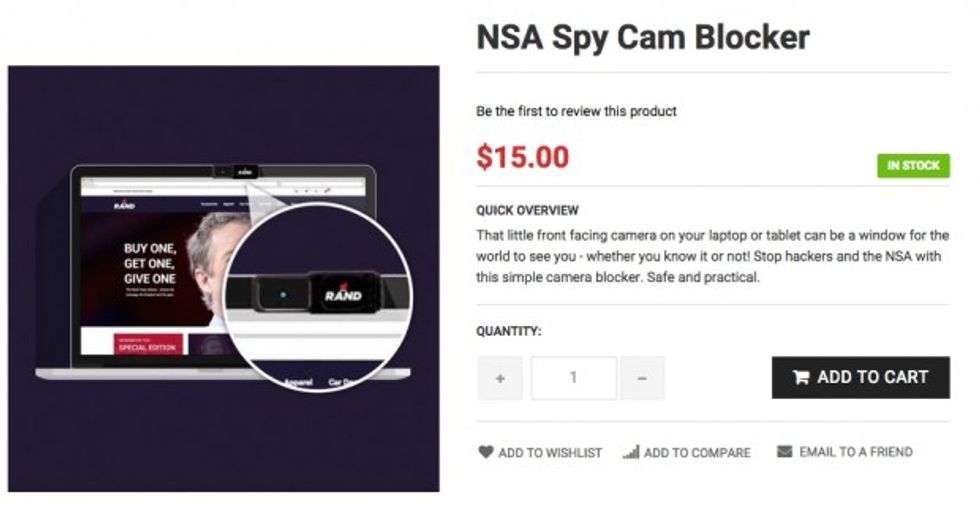 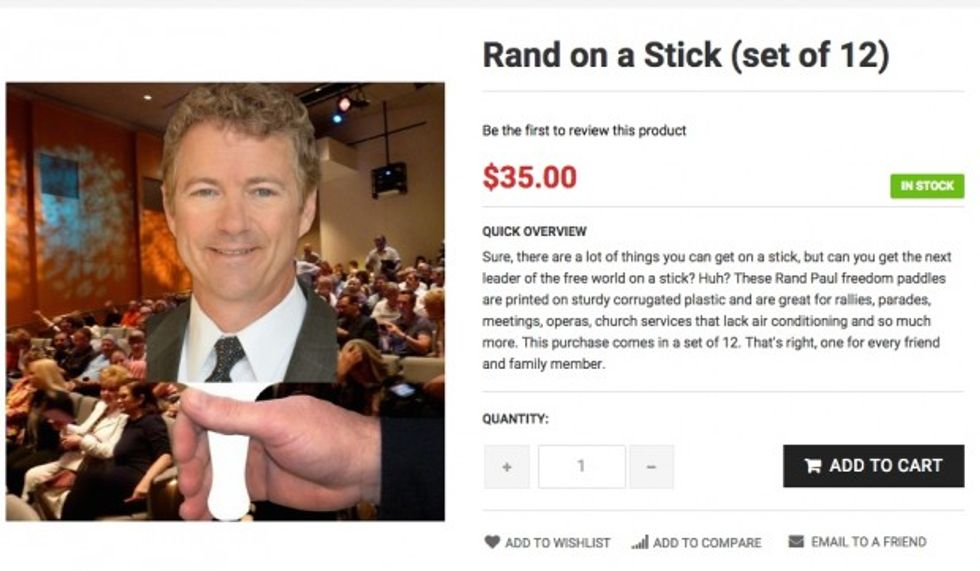 4. A 3-foot-tall birthday card: "A gift they will never forget." 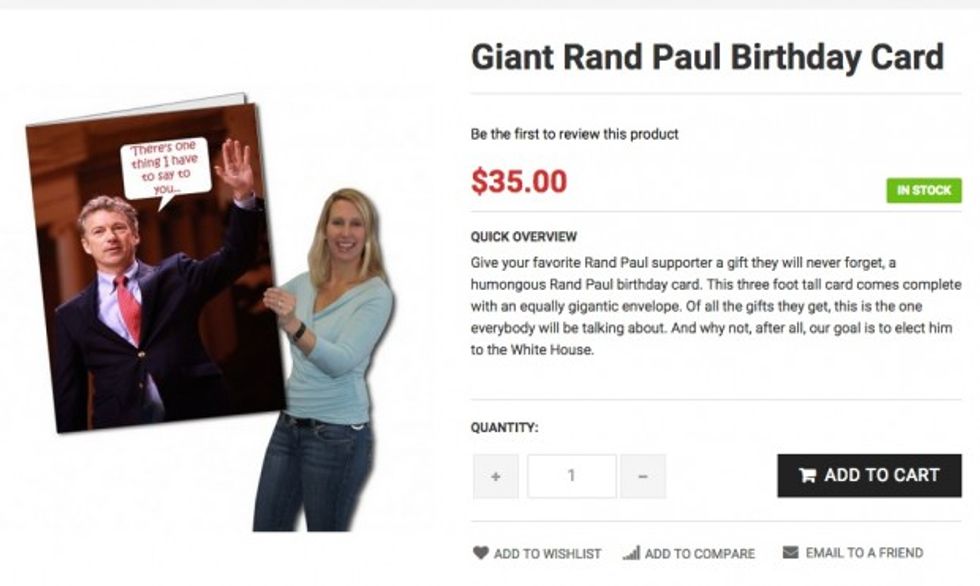 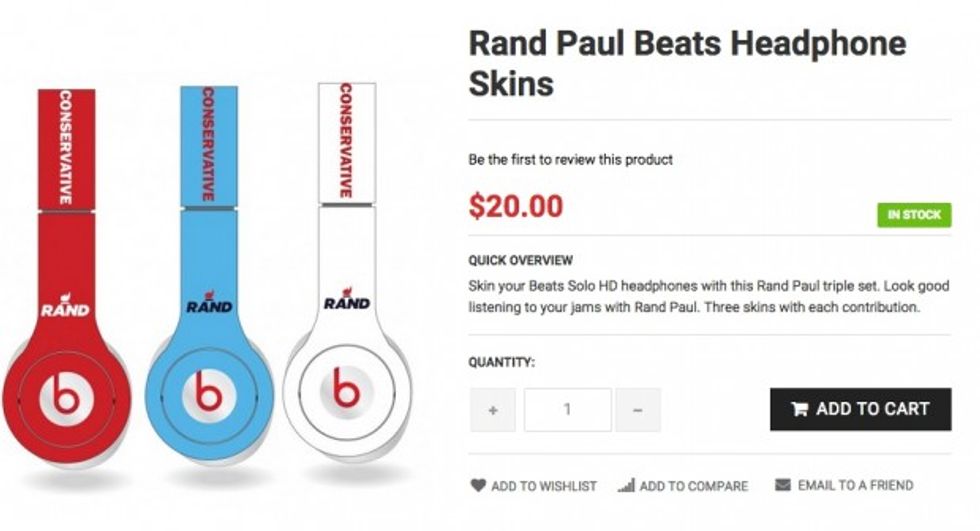 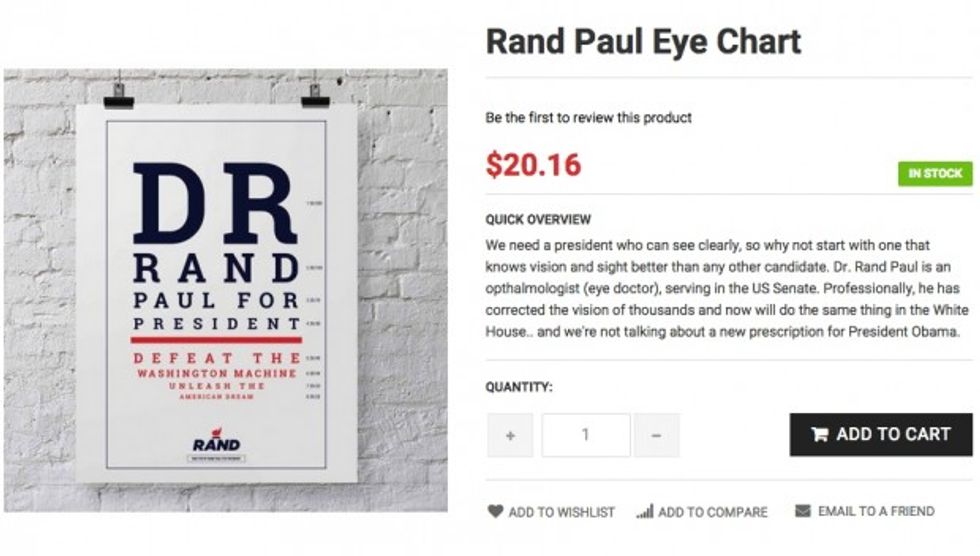 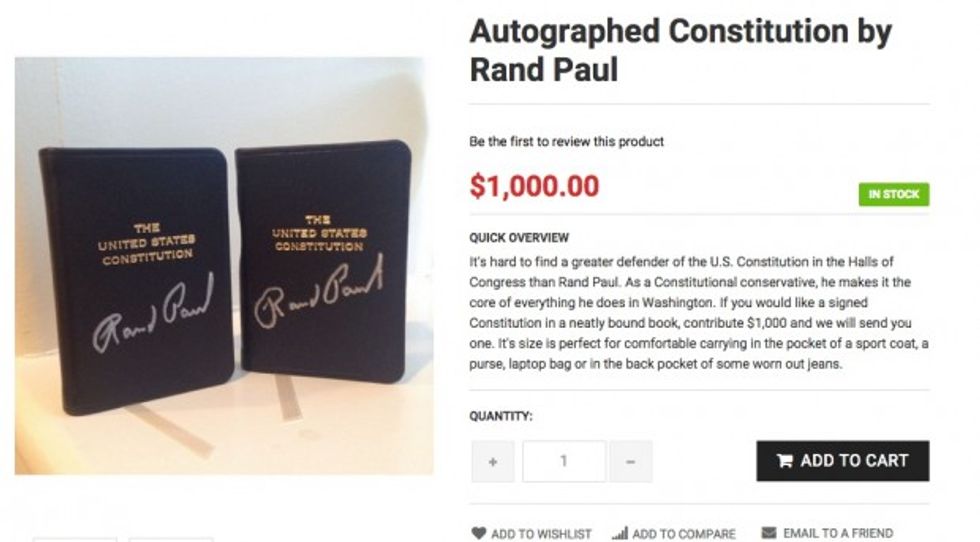 8. A cozy blanket: "The next best thing to him being there." 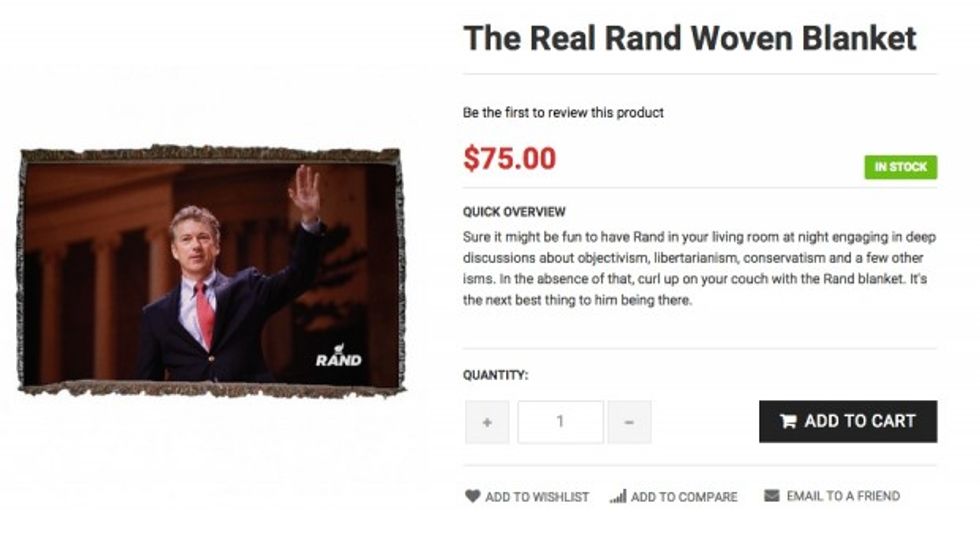 Connecting to Paul's store proved tricky on Tuesday, as the site was likely overloaded from heavy traffic.

Rand Paul's online store got the Internet's attention when it launched Tuesday — so much so that the site was timing out, presumably out due to heavy traffic, by mid-morning Tuesday. (Image via TheBlaze)

So it seems there is a lot of demand — at least to see what the 2016 candidate is selling.