"You're not supposed to be scared of bees when you're a wild thing."

A swarm of bees attacked and then turned on emergency responders who showed up to help. (Photo: Shutterstock.com)
Mike Opelka

The uninvited visitors interrupted President Obama's annual reading of Maurice Sendak's "Where The Wild Things Are."

President Obama's reading of the Sendak classic has become something of an Easter tradition under this administration. A group of children gathered to hear Obama read the book he regularly calls a "classic." 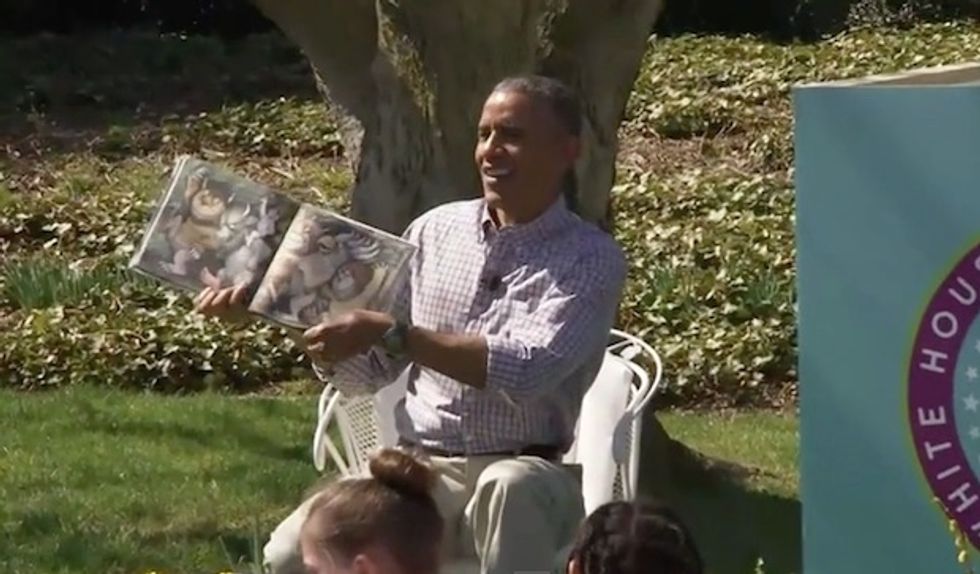 The kids started buzzing as the bees swarmed nearby. The president attempted to calm the kids, saying, "Bees are good. They won't land on you, they won't sting you."

Calling on skills he likely learned as parent to Sasha and Malia, Obama attempted to minimize the kids' fears of the bees, reminding them, "You guys are wild things." Adding, "You're not supposed to be scared of bees when you're a wild thing."