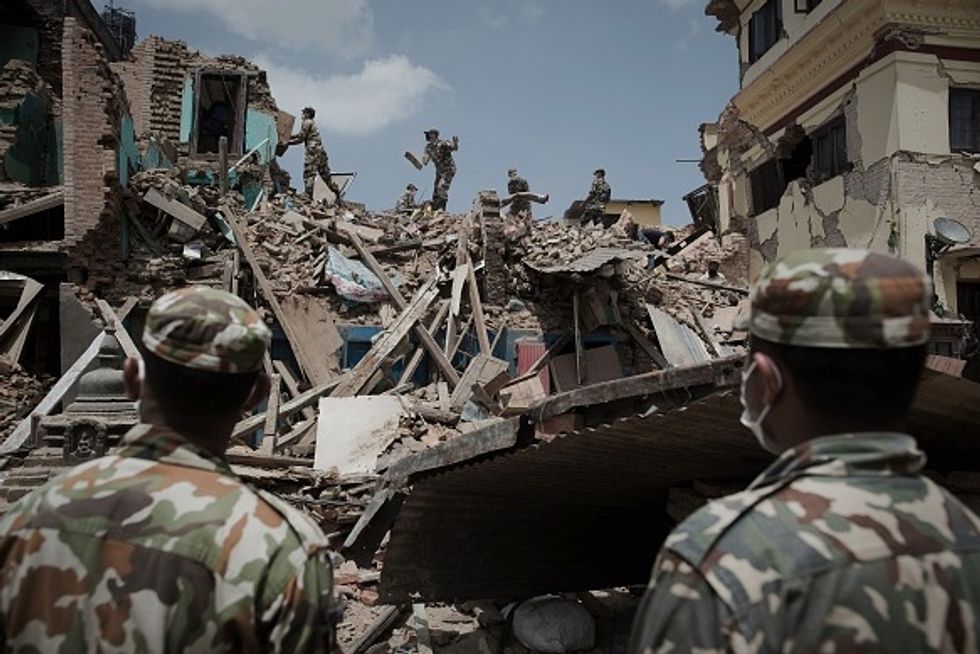 This picture taken on May 2, 2015, shows Nepalese soldiers clearing rubble of buildings at the damaged Swayambhunath temple in Kathmandu, following a 7.8 magnitude earthquake which struck the Himalayan nation on April 25. (Image source: NICOLAS ASFOURI/AFP/Getty Images)

National police officer Babu Kanji Giri said Sunday that the death toll had reached 7,040 as more bodies are found in the debris.