Story by the Associated Press; curated by Oliver Darcy.

KABUL, Afghanistan (AP) — An Afghan judge has convicted and sentenced four men to death for their role in the brutal mob killing of a woman in Kabul in March. 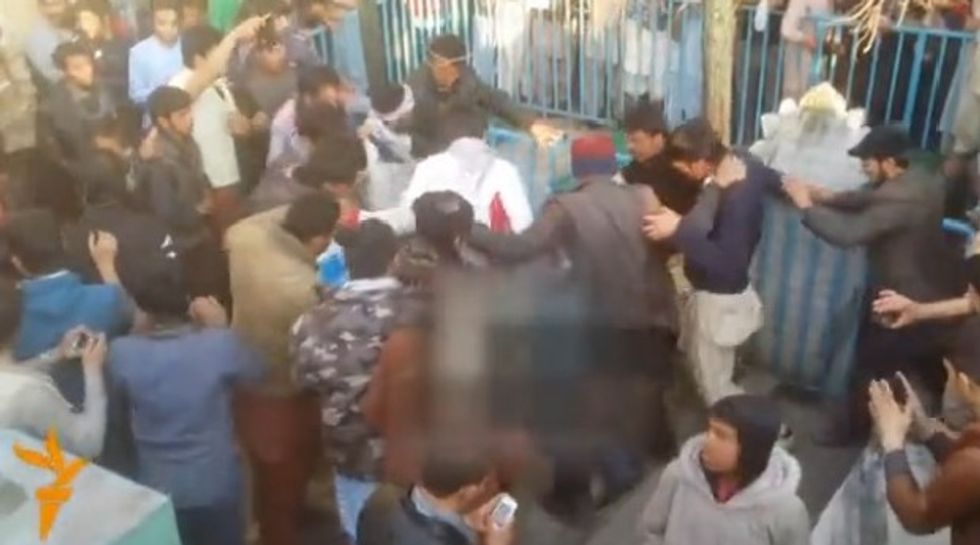 Judge Safiullah Mojadedi announced the sentences Wednesday at Afghanistan's Primary Court in Kabul as part of a trial of 49 suspects, including 19 police officers.

Mojadedi also sentenced eight defendants to 16 years in prison and dropped charges against 18. The remaining suspects are to be sentenced on Sunday.

The March 19 killing of the 27-year-old woman named Farkhunda in a central Kabul street shocked many Afghans and led to a nationwide movement calling for justice to prevail.

Prosecutors alleged that Farkhunda was beaten to death in a frenzied attack sparked by a bogus accusation that she had burned a copy of the Quran.