After Arresting Man for Drunk Driving, Police Make an Unusual Discovery in His Car

The discovery led to his second arrest.

It's probably one of the more bizarre things Wisconsin police have seen.

Officers with the Village of Sturtevant Police Department said in a Facebook post Tuesday that they pulled over a 25-year-old Saturday night who was swerving into oncoming traffic. When the driver failed a sobriety test, he was arrested. 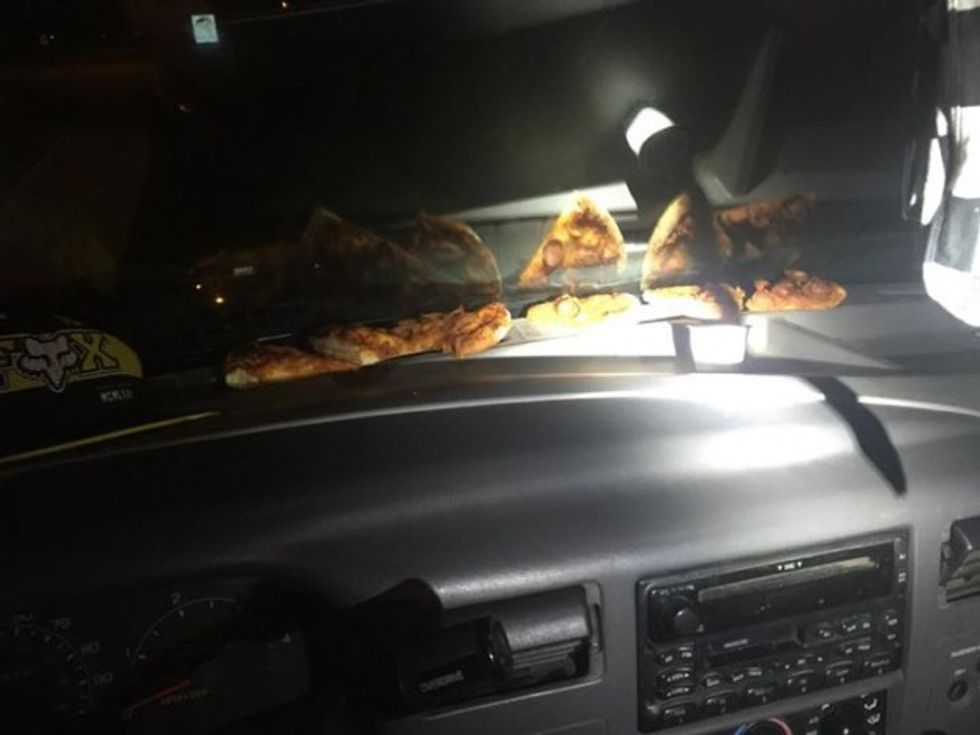 About 15 minutes after he was released to a sober driver, police found the man in his car. In plain view, were several slices of pizza the man was attempting to heat up on the dashboard.

Police said the driver failed a sobriety test again and was arrested for the second time.