Conservative radio host Ben Ferguson and CNN commentator Marc Lamont Hill clashed over whether Islam is provided special “protections” in the U.S. that aren’t also given to other religions, such as Christianity.

Hill actually laughed when CNN host Chris Cuomo asked if Islam gets a “favoritism” and said the religion is falsely viewed as “more violent” and “more prone to terrorism.” He called the assertions about Islam “baseless.” 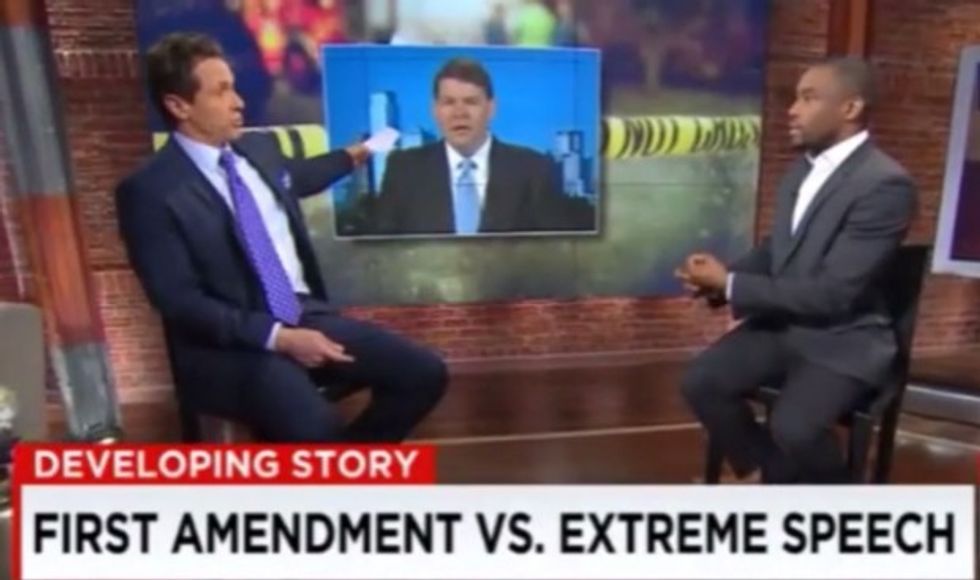 But Ferguson argued Hill’s own logic proves that Islam is treated differently than other religions.

“The prime example is what you literally just said,” Ferguson added. “There is no other religion that gets the protections that we’ve recently given Islam in in this country to be politically correct.”

When Hill tried to interrupt, Ferguson quickly cut him off:

“Marc, Marc, listen to what I’m actually saying! The fact that we have people that won’t even show the cartoons. Any other religion that is criticized, mocked, whether it be the Catholic church, whether it be the jokes on Saturday Night Live that came out against basically every priest when you had the sex scandal. The fact that you have these horrible depictions of Jesus Christ…the fact that you have plays on Broadway that mock religions, they don’t have to get any other security for that.”

Watch the segment via CNN below: