"On my way into work I see this on the side of the bus."

Advertisements that have appeared on buses in Pittsburgh for more than a decade will be removed because of the racial slur they convey when read backward.

The Port Authority of Allegheny County in Pennsylvania said Wednesday that it plans to remove the words "Ziggin Zaggin," which have been part of a broader campaign that also uses the phrases “All Around Up and Down,” “Here and There,” "Movin and Shakin,” “Movin and Groovin” and “Rockin and Rollin," the Pittsburgh Tribune-Review reported.

Tracey Jennings said she only recently noticed the years-old ads through one of the rearview mirrors on her car and saw what the word "Ziggin Zaggin" spelled backward.

“I just so happened to be stopped at a red light next to one and saw it,” she wrote.”Whose brilliant campaign was this?" Jennings told the New Pittsburgh Courier reported. 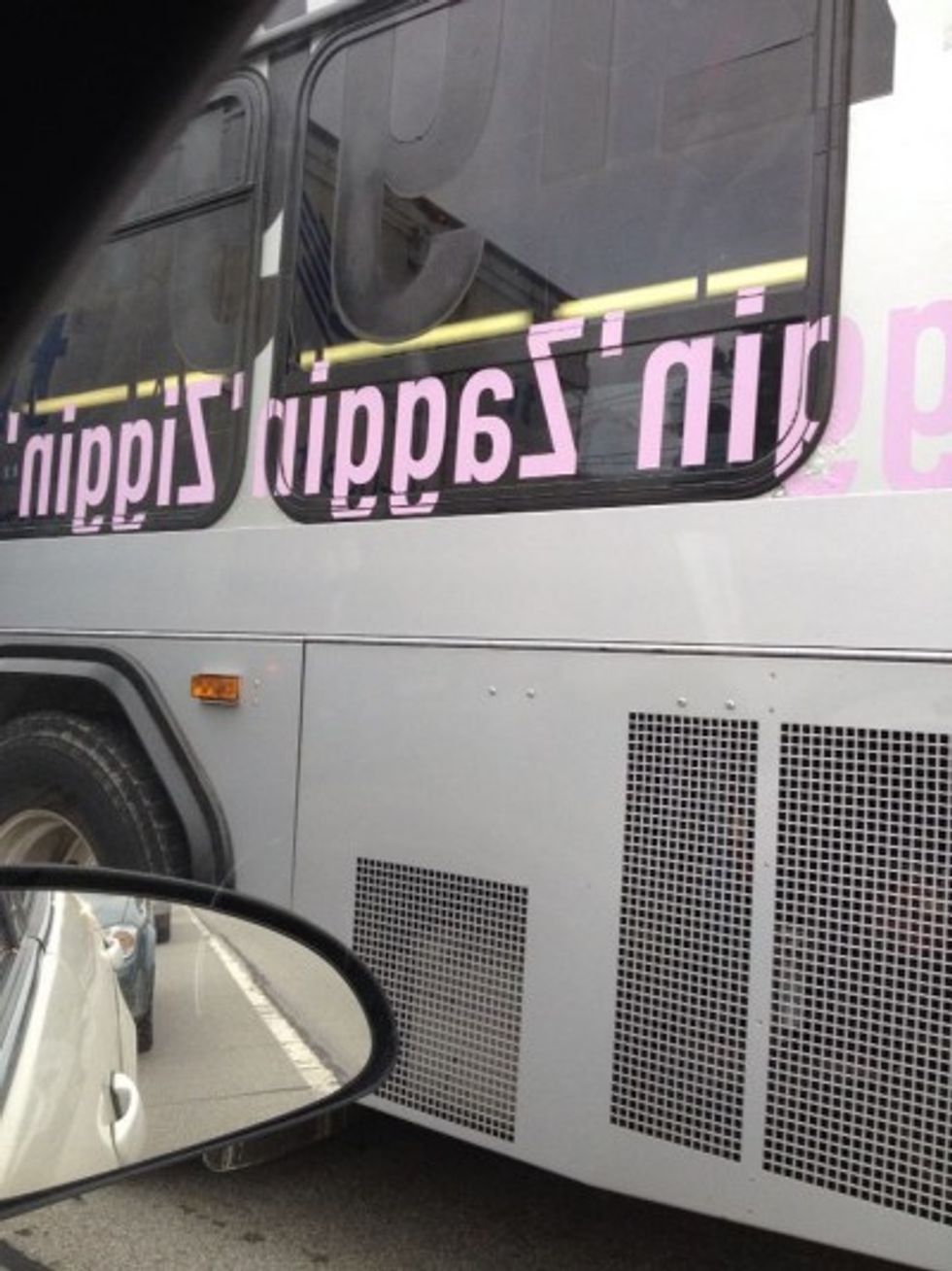 The campaign started in 2003; ads containing "Ziggin Zaggin" currently appear on nine buses, all of which are scheduled to be retired within a year.

REALLY PORT AUTHORITY! On my way into work I see this on the side of the bus… It says ‘ZIGGIN ZAGGIN ZIGGIN’, from the outside. Take a minute and soak that in. If you are sitting on the bus and looking out the window, what you will read is ‘N***IZ N***AZ N***IZ!!’ I never noticed this until this morning.. So how long have N***AZ been on the bus???

Port Authority spokesman Jim Ritchie said Wednesday that the ads will be removed within two weeks and offered an apology.

“Port Authority certainly did not intend for this message to offend anyone,” Ritchie told the Tribune Review Wednesday. "We apologize to anyone who may have been offended."

Ritchie said the windows will have to taken out so crews can scrape off all the paint. In addition, the buses will likely need repainted since removing the paint will cause discoloration of the metal, according to the Courier.

The work "will probably cost us nothing extra," Ritchie said.