"They got the roads blocked off for these f***ing flags."

A parade of more than 35 pickup trucks flying Confederate flags was spotted cruising through what is believed to be the town of Dalton, Georgia, this weekend. The event was recorded on a cell phone camera and posted online. But it's what happened partway through the video that has the video going viral. 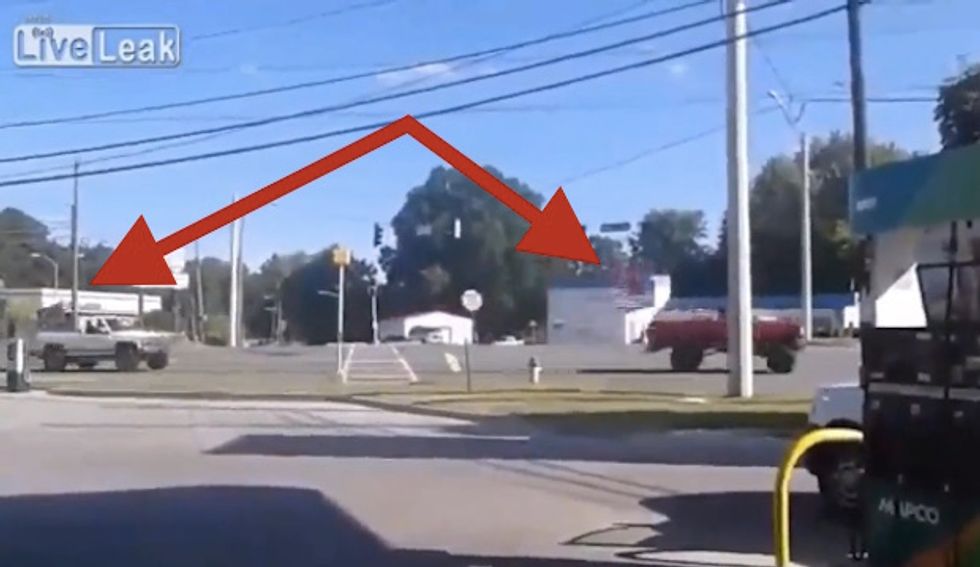 The shocked videographer could not believe what he was seeing, repeatedly stating things like, "Man, look at this s**t...They got a g****amn day for Confederate f***ing flags. This is some bull****."

The trucks went by a gas station and were continuing through an intersection without stopping, thanks to the assistance from the local police who were blocking off the intersection. The man narrating the video commented, "They got the roads blocked off for these f***ing flags." 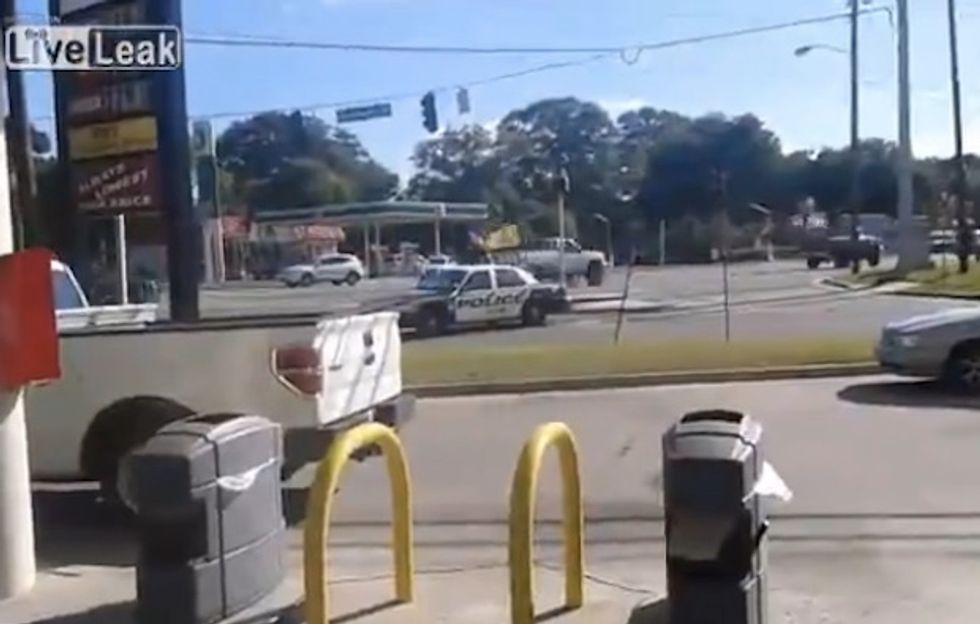 Shortly after noticing the police were assisting the pickup parade, the astute videographer also predicted the trucks were about to crash. He pivoted and turned his camera just in time to see his premonition come true.

One truck is seen rear-ending another as the unmistakable sound of one car bumper hitting another is heard.  "Boom! Boom! I got that!" Exclaimed the man shooting the video. He later added, "God don't like ugly."

TheBlaze has contacted the police department to see if the "parade" was something approved by the town and if so, how many streets were blocked to accommodate the trucks. We will update this story when they respond.