News Anchor Reaches His Kardashian Breaking Point on Live TV: ‘You Are on Your Own’

"We’re talking about this family every freaking day."

It isn't necessarily that he couldn't keep up with the Kardashians. It's just that he refused to.

A Fox affiliate news anchor in Orlando got up and walked off set Friday after seeing that the story he and his co-anchor were about to cover had to do with the celebrity family's newest pet rabbit. 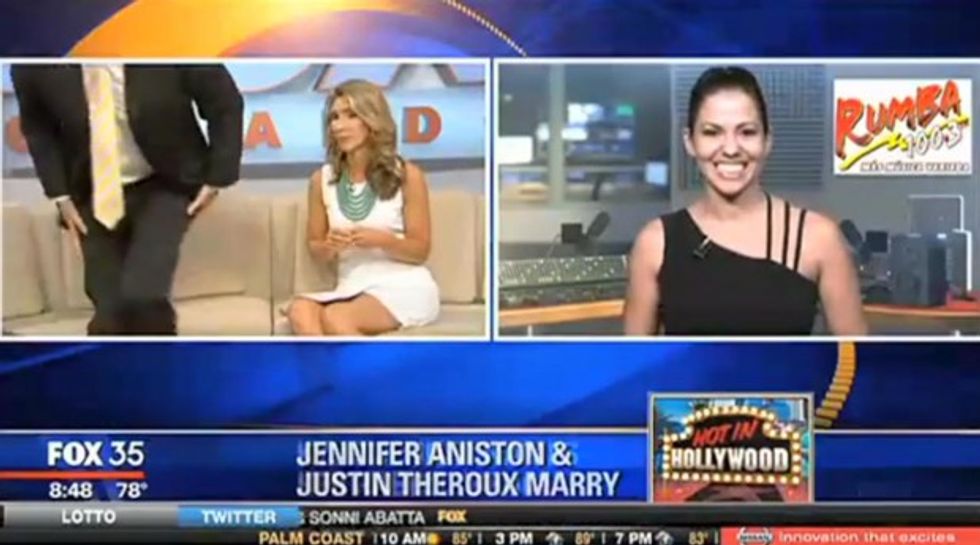 The story was about Kylie Jenner getting a new pet rabbit and naming it Bruce, after her father Caitlyn Jenner, before the former Olympic athlete's highly publicized gender transition earlier this year. The story was a step too far for WOFL-TV anchor John Brown, who walked off the set as soon as the topic came up.

"I"m having a good Friday, so I refuse to talk about the Kardashians today," Brown said as he got up and walked off-screen, leaving his colleagues laughing. "You are on your own, Amy. I've had enough Kardashians. I can't take anymore Kardashians on this show."

"You mentioned it John. We've got to get it in now," Brown's co-anchor said, as she was joined on the couch by another one of her anchor colleagues. But that wasn't the end of the fed-up anchorman's Kardashian rant. He went off from behind the scenes again just moments later.

"I don't care. I'm sick of this family," Brown shouted as his colleagues burst out laughing. 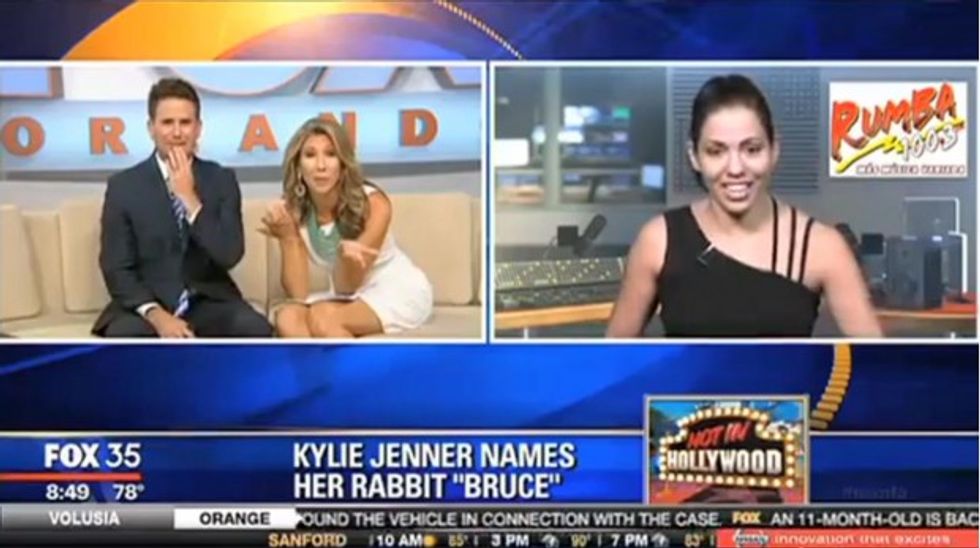 But that's when Brown's co-anchor called him out and said, "That's not true. They get good ratings. People watch this stuff." Brown's temporary replacement added that Brown looked "like a tomato" off set as the female co-anchor acknowledged, "It's a good thing it's Friday for him."

Watch the Florida anchorman's on-air breakdown for yourself: