ARLINGTON, Texas (AP) -- An unarmed college football player tried to smash through a locked glass door in a North Texas car dealership showroom to escape an officer in training but then began advancing toward the officer before he was fatally shot, according to the Arlington police chief.

Called to the scene of a suspected burglary last week, Arlington officer Brad Miller pursued 19-year-old Christian Taylor into the showroom without telling his supervising officer, Police Chief Will Johnson said as he described their encounter for the first time Tuesday. Before police announced Tuesday that Miller had been fired, they had declined to describe the 49-year-old officer's interactions with Taylor in detail.

Inside the showroom, Miller ordered Taylor to get to the ground, Johnson said. Instead, Taylor cursed at the officer and advanced toward him. When Taylor was about 10 feet away, the officer fired, according to Johnson.

Miller then fired three more times. At least two bullets struck Taylor, killing him, according to the chief, who said the interaction early Friday morning lasted only seconds. Taylor and Miller never made physical contact, he said. 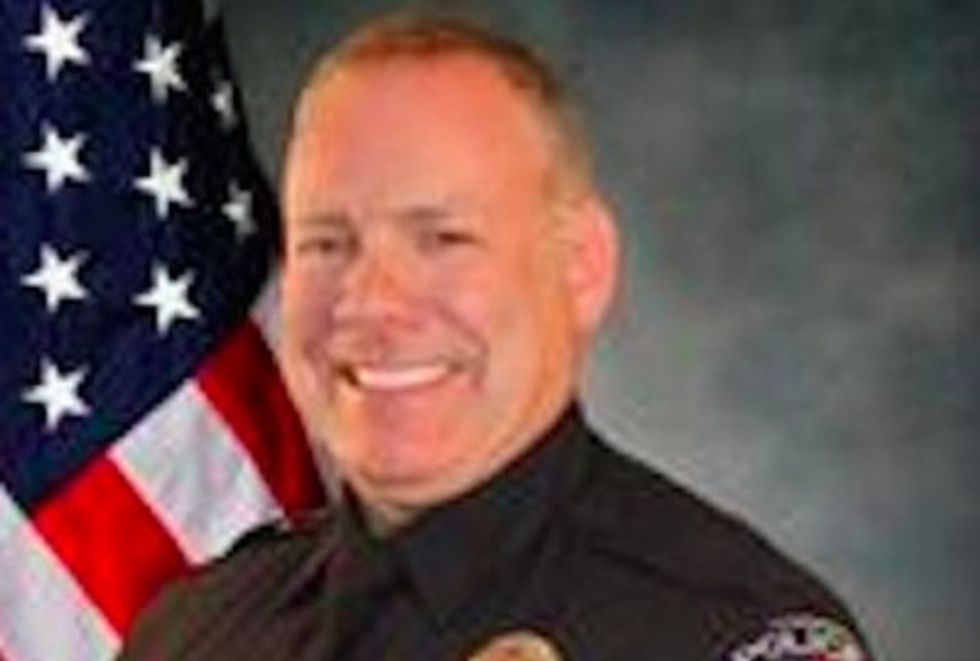 
Taylor's death came two days before the anniversary of the death of Michael Brown, an unarmed, black 18-year-old who was fatally shot by a white police officer in Ferguson, Missouri, and is the latest is a series of other black men who have been killed by police. Johnson said Tuesday he hoped Miller's firing will "assist in the healing process."

"Some communities and our nation have been torn apart by similar challenges," he said.

The firing was "not enough justice," said Matthew Higgins, 20, one of Taylor's former high school classmates. "If it was a white person, it probably would have been different."

The Arlington Municipal Patrolman's Association issued a statement Tuesday night decrying Johnson's decision. The group said it supports "Miller's right to be judged fairly and completely on facts instead of a snapshot developed in only days," and also expressed sympathy for Taylor's family.

"We again ask that citizens obey the commands of police officers in order to prevent these tragedies from occurring in the future," the association said.

An attorney for Miller did not have an immediate comment on Johnson's announcement. Taylor's family did not immediately respond to a request for comment.

Taylor was a graduate of an Arlington high school and a football player at Angelo State University in West Texas.

There is no video of the shooting itself, though security camera footage from Classic Buick GMC dealership's parking lots shows Taylor walking around and damaging some vehicles. 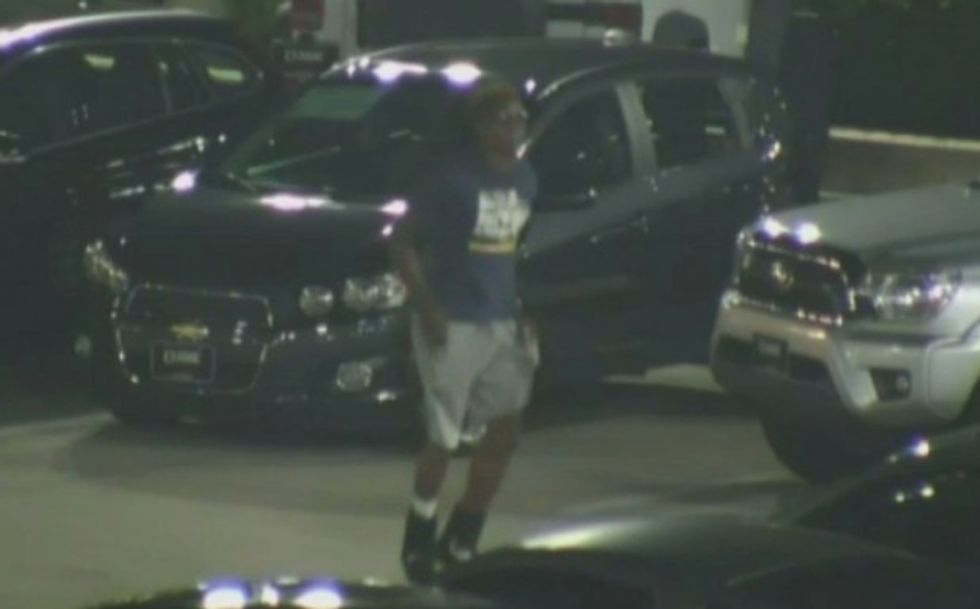 Surveillance video screengrab of Taylor apparently standing on a car at the dealership before the shooting. (Image source: KXAS-TV)

Police on Tuesday released audio of a 911 call made by the company manning the exterior cameras. In the audio, the caller tells a 911 operator that a "thin black man with a blond Mohawk" was seen jumping on the windshield of a gray Ford Mustang.

Before his final confrontation with Miller, Taylor held up a set of car keys and told another officer that he intended to steal a car, Johnson said. He had driven a vehicle through the glass front doors of the showroom, the chief said.

"It is clear from the facts obtained that Mr. Taylor was noncompliant with police demands," Johnson said.

But the chief said he ultimately decided Miller's mistakes required his firing. While he said he had "serious concerns" about Miller's use of deadly force, Johnson said it would be up to a grand jury to decide whether Miller's actions were criminal.

Miller joined the police department in September and graduated from the city police academy earlier this year. Police said Miller cannot appeal his firing because he was a probationary employee.

He was undergoing field training and assigned to a more senior officer, though he was a licensed police officer authorized to carry a weapon. Police said he had never fired his weapon in the line of duty before.