"You're never excused when you're using your vehicle as a weapon."

Teens who allegedly robbed another teen were then mowed down by him in his car. (Image source: KRQE-TV)
Liz Klimas

An 18-year-old was lured into a park where he was allegedly robbed by three others who knew him. What that victim did next though has him facing charges as well.

According to the Rio Rancho Observer, police in the New Mexico city said 18-year-old Quinn Chavez drove 19-year-old Christopher Gutierrez to Western Winds Park. There three other males approached the car, one of them apparently pulling out a gun and proceeding to take Chavez's watch, iPhone, knife and $200, the newspaper reported.

The males fled but a few blocks later, Chavez caught up with them. As seen on a home surveillance camera's video, he slammed his vehicle into the group, sending one of the men flying into the air. 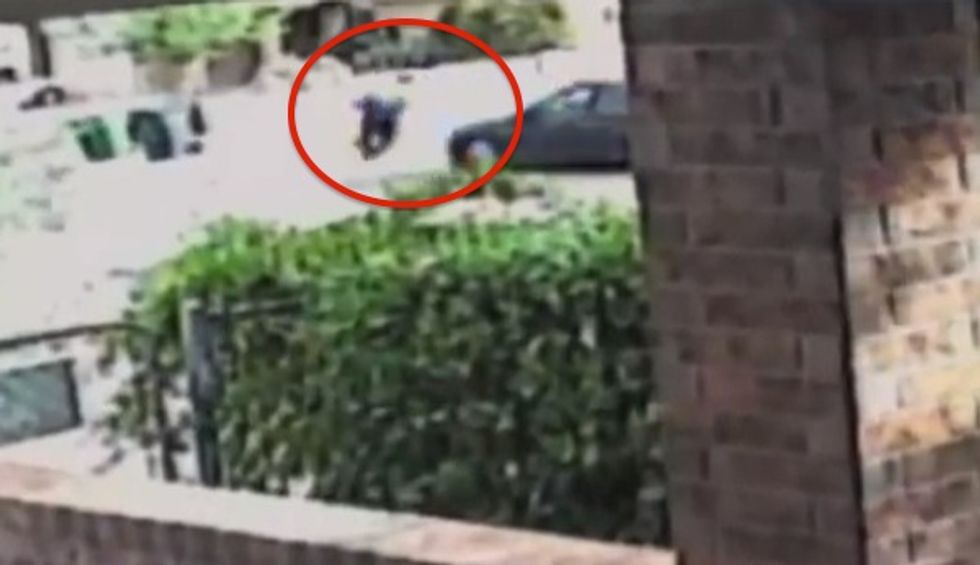 Teens who allegedly robbed another teen were then mowed down by him in his car. (Image source: KRQE-TV) 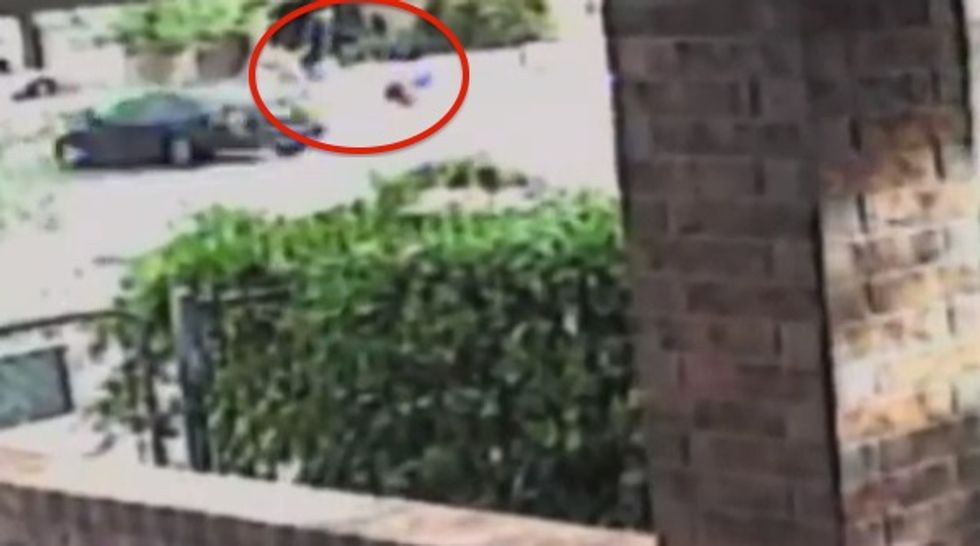 One of the teens went flying into the air. (Image source: KRQE-TV)

Though their stories conflicted to an extent, police determined that the robbery was a planned event. The incident happened back in May, but the Rio Rancho Observer reported that the records and the video just became public this month as the men were formally charged.

Despite Chavez being a victim of a robbery, Rogers told KOAT, it's not excuse for what he did.

"You're never excused when you're using your vehicle as a weapon," he said.

According to the Observer, Chavez is charged with three felony counts of aggravated battery for the incident. Here's more on the charges the other individuals face:

Aspen Wilson, 18, is charged with armed robbery, conspiracy to commit robbery, tampering with evidence and two counts of contributing to the delinquency of a minor.

Christopher Gutierrez, 19, is charged with being an accessory to robbery, conspiracy to commit robbery and two counts of contributing to the delinquency of a minor.

The firearm Chavez was threatened with, KRQE-TV reported, was found by police in a recycling bin and was determined to be an air-soft gun. Watch KRQE's report: