HICKSVILLE, N.Y. (AP) — A small, single-engine plane crashed on to a Long Island railroad crossing Sunday, killing the pilot, injuring a passenger and shutting down service on a branch of the nation's busiest commuter rail line, officials said. 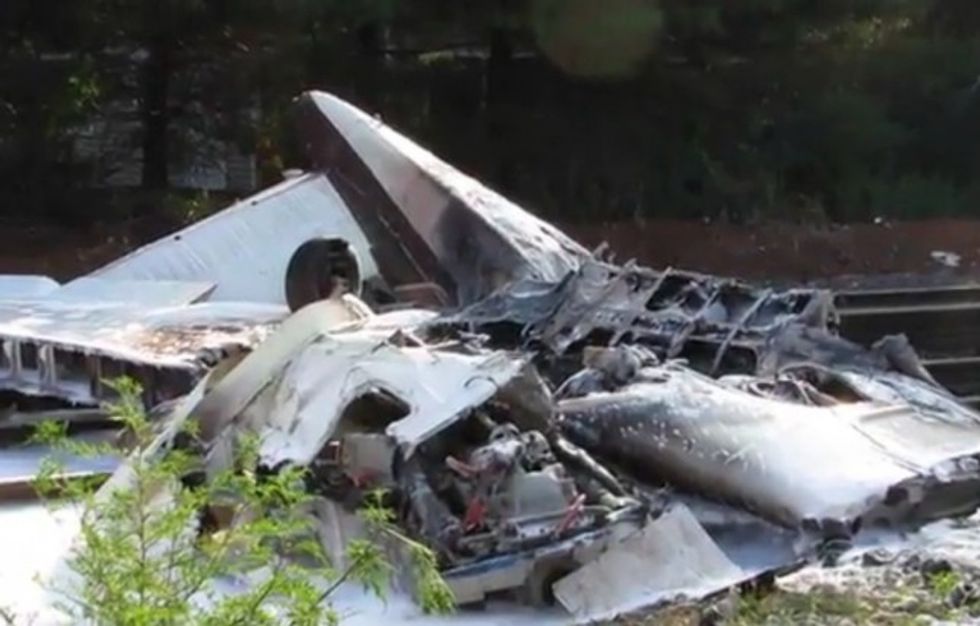 The plane crashed at a railway crossing between the Hicksville and Bethpage stations of the Long Island Rail Road around 7:45 a.m., authorities said.

Residents of a nearby senior living facility said they heard a loud noise and saw the craft on fire. Bystanders ran to the scene but had to get back because of the flames, Charles Terzano told Newsday.

The name of the pilot was not immediately released. The passenger, identified as Carl Giordano, 55, of New Vernon, New Jersey, had a broken jaw, cuts and bruises, Metropolitan Transportation Authority spokesman Salvatore Arena said.

Giordano was undergoing surgery Sunday afternoon. A telephone number for him could not immediately be located.

The impact left a mess of parts on the tracks, "just a pile of metal that was burning," said Hicksville Fire Department First Assistant Chief Richard Diaz. One of the wings had been torn off, and the other mangled with the body of the plane, Diaz said.

The Federal Aviation Administration said the Hawker Beechcraft BE35 had departed from Francis Gabreski Airport in Westhampton Beach. The pilot reported an issue and was trying to get to Republic Airport in Farmingdale at the time of the crash, according to the FAA. The craft crashed about three miles northwest of Republic.

Arena said LIRR service on the Ronkonkoma branch had been suspended in both directions. He said the bulk of the plane had been removed by Sunday afternoon, and LIRR workers would be cutting away damaged track sections and replacing them. He said it was still unclear what impact the crash would have on Monday's morning commute.

The FAA said the National Transportation Safety Board would determine the cause of the crash.