"It can be argued that the ambiguity created adds to the portrait’s allure."

La Bella Principessa, only recently discovered, is thought to have been painted by Leonardo da Vinci, but that is still in question. Regardless, researchers believe a similar illusion was used to create her smile as that used in the Mona Lisa. (Image source: Sheffield Hallam University)
Liz Klimas

The illusion Leonardo da Vinci employed to create the famous smirk on the "Mona Lisa" portrait is not the only smile he might have painted that seems to change based on where you look.

A study published in the journal Vision Research this month took a close look at da Vinci's "La Bella Principessa," a painting whose authenticity as one by the famed Italian artist is still in question, and suggested that a new illusion, similar to the Mona Lisa, was used to change the slant of her mouth. 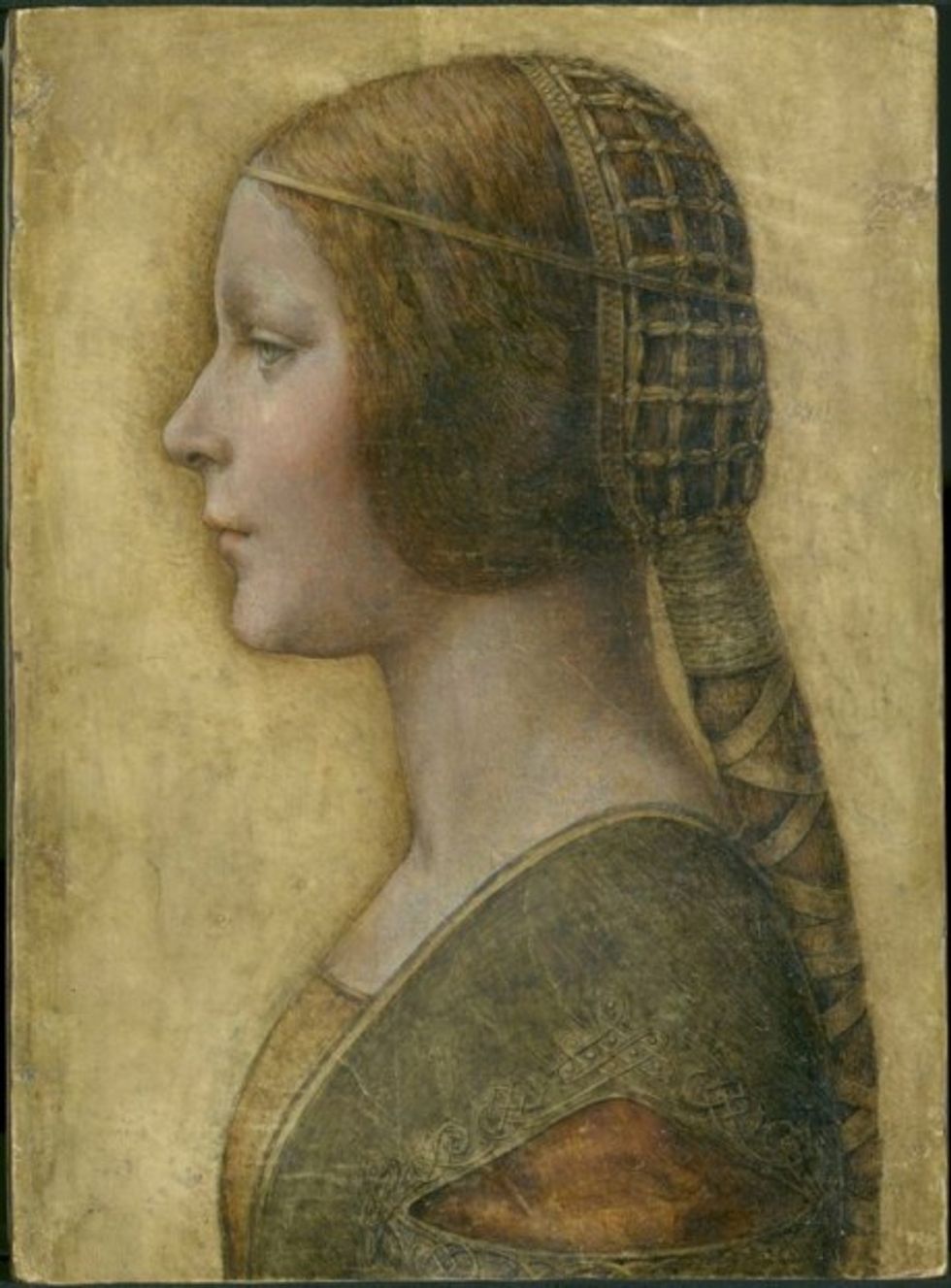 La Bella Principessa, only recently discovered, is thought to have been painted by Leonardo da Vinci, but that is still in question. Regardless, researchers believe a similar illusion was used to create her smile as that used in the Mona Lisa. (Image source: Sheffield Hallam University)

"Through a series of psychophysics experiments, it was found that a perceived change in the slant of the La Bella Principessa’s mouth influences her expression of contentment thus generating an illusion that we have coined the 'uncatchable smile,'" the study authors from the Sheffield Hallam University and the University of Sunderland wrote.

The researchers first described their findings in 2013, ahead of officially publishing their results, saying that the slant of the woman's mouth is downward if you view it directly, but as you look elsewhere the mouth appears to turn upward.

Scientific American has more on the science behind creating a smile like the Mona Lisa:

Mona Lisa's ambiguous smirk has thus been explained by a simple visual principle: when images are blurred in the periphery of our vision, her smile is also blurred: Professor Margaret Livingstone at Harvard Medical School first explained this conundrum through a simulation. She wanted to know how the visual system saw Mona Lisa's smile in the far periphery, the near periphery, and in the center of our gaze. The experiment was conducted in Adobe Photoshop.  By merely obscuring and clarifying the painting to replicate the transformation in resolution from the center of our visual field to the far periphery, Livingstone got her answer: Mona Lisa’s smile deepens in the figure below as it becomes more blurred towards the right. It is also explained through the notion that different retinal neurons are adjusted to varying the content of spatial size information in the image, which scientists refer to as its spatial frequency distribution. By some estimations, Leonardo da Vinci painted the Mona Lisa as a fusion; a happy Mona Lisa overlaid on a sad one, with each possessing a different spatial-frequency. 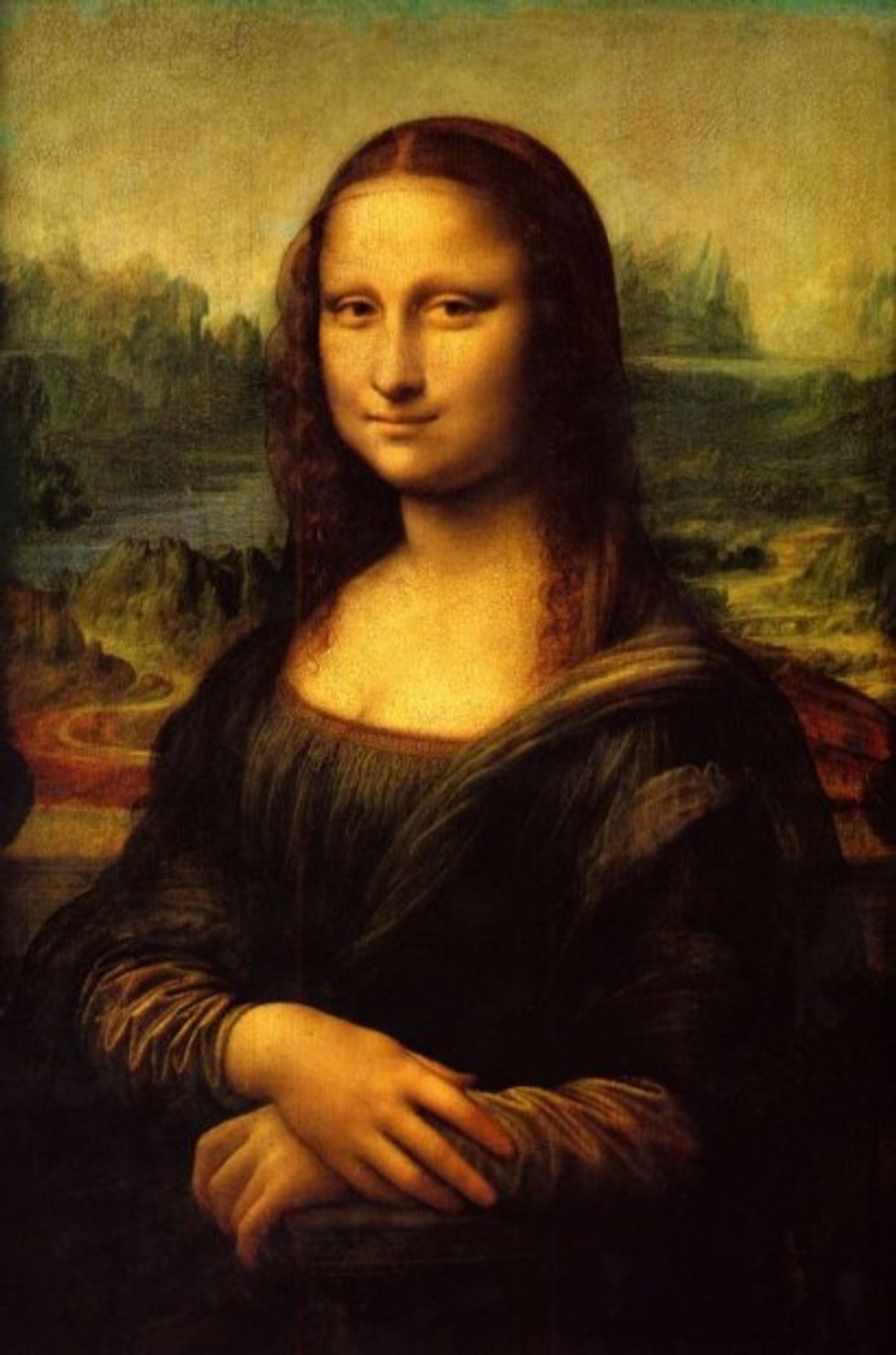 "The question remains whether Leonardo da Vinci intended this illusion. In any case, it can be argued that the ambiguity created adds to the portrait’s allure," the study authors looking into La Bella Principessa painting's smile wrote.

"With his knowledge of the turbulence surrounding the Court of Milan at that time, Leonardo would have been aware of inner tensions between the fresh innocence of a young girl on the threshold of womanhood and her impending marriage and courtly destiny," Michael Pickard, one of the study's authors from the University of Sunderland, said at the time their findings were first revealed. "It is also not difficult to believe that Leonardo would have seen below the surface and wanted to capture the subtle essence of the girl, using a technique he would so famously master in the Mona Lisa."

Watch the researchers talk about the painting and its illusion: