"...a city like Chicago that has been dealing with a plague of gun violence..."

White House press secretary Josh Earnest conceded Monday that Chicago is a city with a high rate of gun crimes and murder despite having very strict gun control laws. But he said that’s even more of an argument for stricter national laws.

President Barack Obama is scheduled to head to Chicago Tuesday to speak to the International Association of the Chiefs of Police. 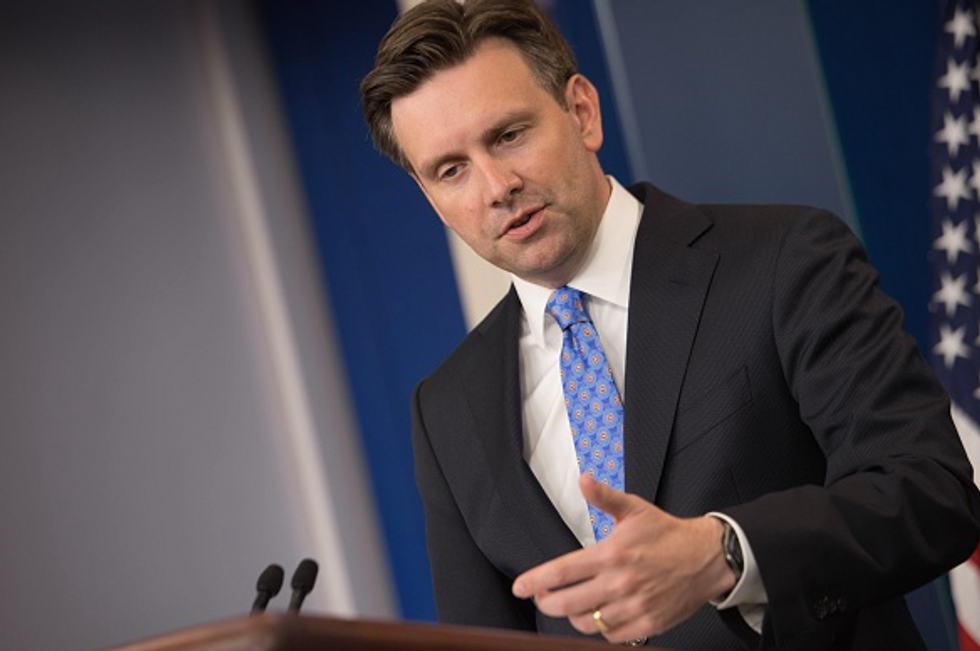 When asked about the event and what the president will discuss, Earnest responded, “It would be difficult for the president to go and address the International Association of the Chiefs of Police in a city like Chicago that has been dealing with a plague of gun violence of late and not talk about steps we can take to reduce gun violence. I do think you can expect the president to touch on this.”

When a reporter mentioned that Chicago already has strict gun control laws, Earnest agreed, “It does.”

Earnest took the opposite view:

The city of Chicago is a good illustration of why allowing local jurisdictions to put in place these gun safety laws doesn’t work because it’s just too easy for those with bad intentions to just cross the city line or just cross the county line and make a handgun purchase that they are prevented from making in some other jurisdictions. Often somebody who is seeking to evade gun laws like that is somebody who shouldn’t have a gun in the first place. This is somebody with a criminal record, somebody who may be the subject of a restraining order or maybe even somebody with a mental problem. Chicago ends up being a pretty good illustration for why those kinds of national laws are important to the safety of communities all across the country.

Earnest did not have an update as to where things stood regarding possible executive actions on guns, which administration officials have said are pending.