Hillary Clinton Says She Has 'Two Words' for 'Every Single Candidate in...Republican Debate

"I have two words for every single candidate in tonight’s Republican debate."

"I have two words for every single candidate in tonight’s Republican debate," Clinton wrote. "Watch out." 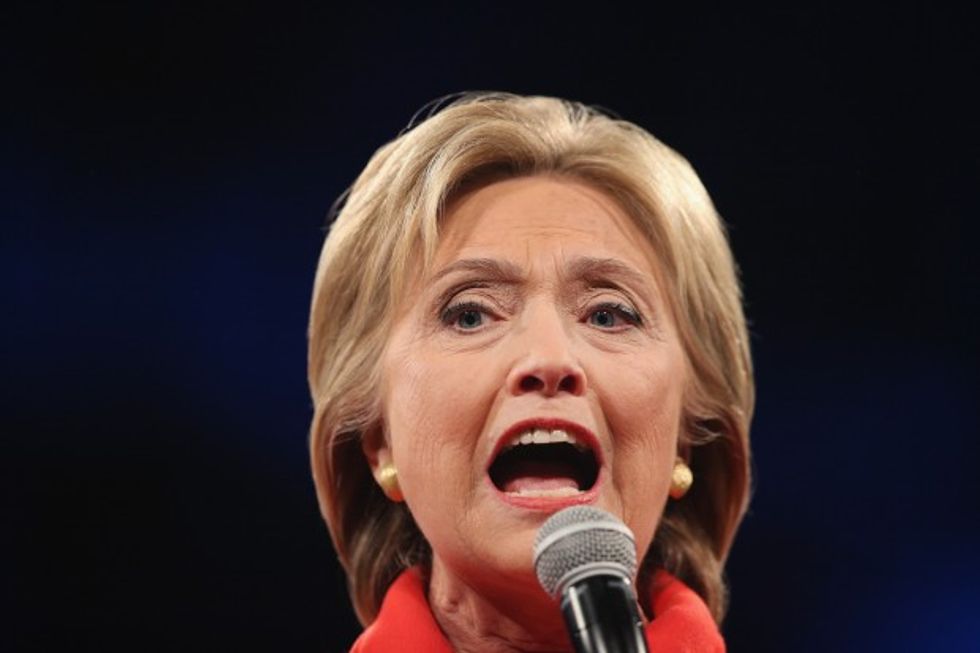 "We’re not going to let them demean women, deport immigrants, and destabilize our economy," she added. "We’re going to fight for our families and our country -- and if we do our jobs right, we’re going to win this election."

Clinton's email then asked to "chip in" with a $1 donation to her campaign.

The likely Democratic nominee also reacted on Twitter to the debate — this time with no words. Clinton posted a GIF of her brushing her shoulders during this month's testimony before the House Select Committee on Benghazi.