Following Monday's Iowa Republican caucus, the race for the 2016 Republican nomination is tightening up.

According to a new survey from Public Policy Polling, only four points separate front-runner Donald Trump from Iowa Republican caucus winner Texas Sen. Ted Cruz and Florida Sen. Marco Rubio. The poll found that nationally, Trump's support has fallen to 25 percent, while Cruz and Rubio are tied with 21 percent each. 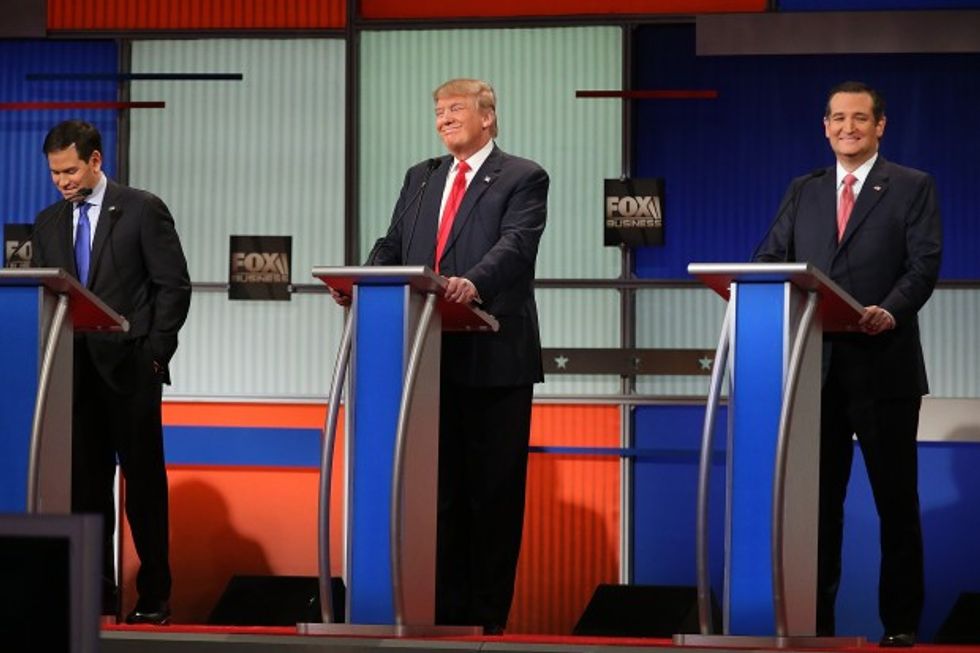 Thursday's poll was in stark contrast to the same survey in December. That poll found that Trump had an overwhelming national lead, 34 percent to second-place Cruz at 18 percent. In that poll, Rubio only had 13 percent.

The new poll results likely reflect Trump's loss in Iowa, which could also explain the surge by both Cruz and Rubio.

Whether or not Trump's loss and the successes of Cruz and Rubio in Iowa will effect the outcome in the Granite State remains to be seen. But if the Hawkeye State was any indication, New Hampshire could come down to the wire.

The PPP survey of 531 Republican primary voters was conducted Feb. 2-3.