After skydiving for his 90th birthday in 2014, former President George H.W. Bush made it clear he's up for anything.

After skydiving for his 90th birthday in 2014, former President George H.W. Bush made it clear he's up for anything.

Despite being in a wheelchair, the 91-year-old onetime commander in chief took to the pitcher's mound Saturday to throw out the first pitch at a game between the Texas A&M Aggies and the Yale University Bulldogs, his alma mater.

President Bush fires to the plate...and it's right down the middle. What a moment in Aggieland! pic.twitter.com/OXEeZBVnrK

During his time at Yale, the 41st president was a first baseman and team captain for the Bulldogs.

Right before he delivered his pitch, Bush signaled that he was about to throw a curve ball, something the former president knows is not easy to do. 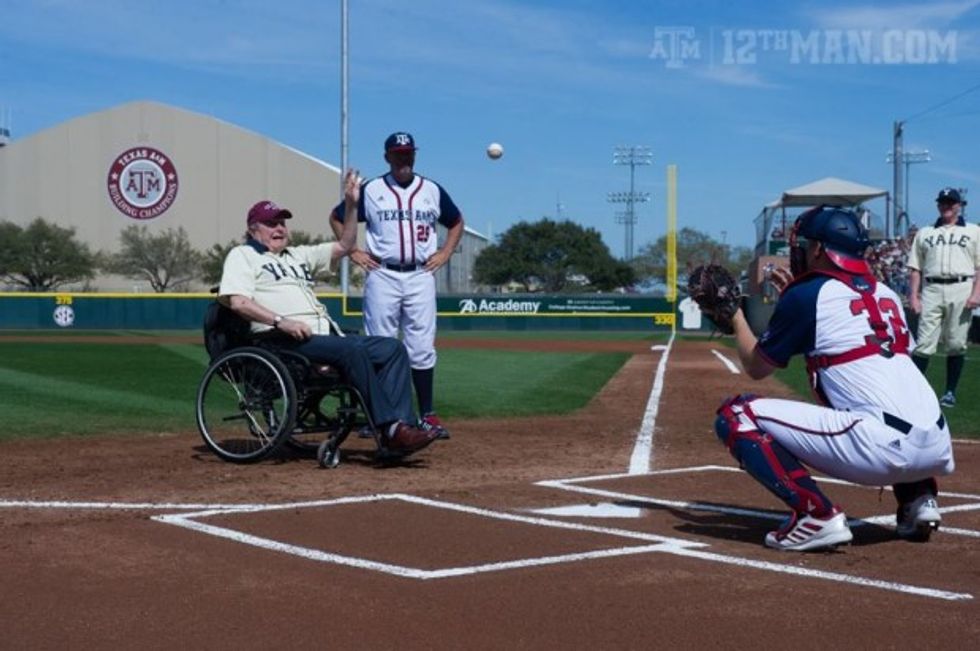 The presidential pitch to the Aggies must have been a good luck charm for Texas A&M, who beat the visiting Bulldogs 13-0.

In honor of Bush, whose presidential library sits on the Texas A&M College Station campus, the Aggies' groundskeepers cut a "41" into the outfield and the baseball team presented the beloved leader with commemorative vintage jerseys. 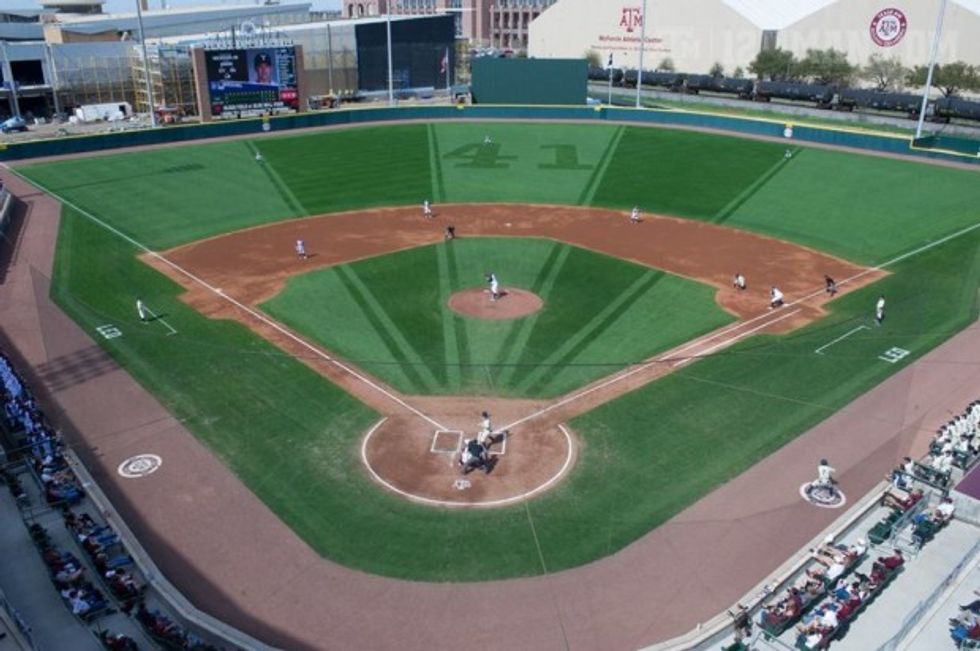 As the baseball teams took photos with Bush, one audience member shouted, "Welcome home, Mr. President," and the crowd erupted into applause.