Filmmaker and author Michael Moore blasted white Donald Trump voters Tuesday evening while talking to CNN host Don Lemon after the president's statement to the media where he appeared to defend the alt-right. He accused them of being "enablers" in the same way one might be to a rapist.

"Not all Trump supporters are racist," Lemon said to Moore.

"Not all, I said the vast majority," he answered.

"And they take offense to people calling them racist because they support," Lemon added, "they supported him. So the question is how do you deal with that."

"If you hold down the woman while the rapist is raping her, and you didn't rape her," Moore asked, "are you a rapist?"

"If you vote for a man who says what he said today," he explained, "that the white nationalists were the victims, that he equated George Washington and Thomas Jefferson with Robert E. Lee, and said that the people there trying to stop the racism, the anti-racism protesters, that they were the violent ones, that they were the, you know, that is just, it just went so far, but I'm telling you..."

"That's a very powerful and uncomfortable anecdote that you share," Lemon said, "and people will think that you're comparing Trump voters to racists, I mean, to rapists."

"That is uncomfortable," Lemon responded.

"Yeah, because enablers of immoral behavior, of criminal behavior," Moore explained, "it is absolutely criminal to stand behind the people that killed Heather Heyer, that beat the heads in of people who were trying to y'know speak their minds in Charlottesville.

"If you put Donald Trump in office, you need to think about this before you kneel down and say your prayers tonight," he said.

Critics of Trump have condemned him roundly for the third statement he made about the attack in Charlottesville where he appeared to equate the left-wing "antifa" members with the white supremacist and alt-right protesters who allegedly inspired the murderous violence.

"We don't talk about this much," Moore explained at the beginning of the segment. "Two-thirds, 64 percent, almost two-thirds of white men voted for Trump. Fifty-three percent of white women, the majority, voted for Trump."

"David Duke's tweet this weekend was maybe one of the most honest things I saw online when he said to Donald Trump, "look in the mirror, white America elected you, and never forget it.' And Mr. Duke, you got that right on," Moore agreed, "he was elected by white America." 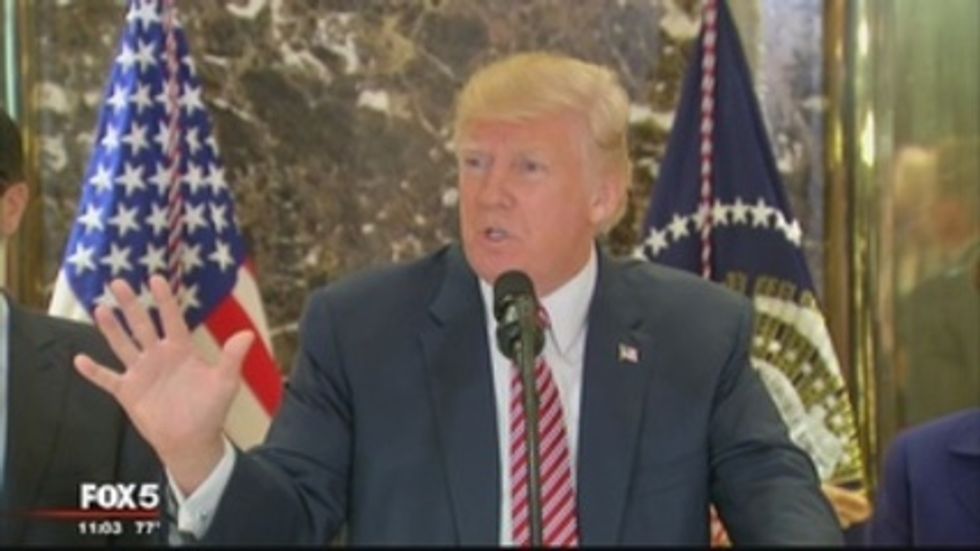