If you're worried about voters singing the praises of socialism with nary a clue how "free" stuff from the government would be funded, worry more about 28-year-old congressional nominee Alexandria Ocasio-Cortez — the Democratic Party's darling of the moment — and her socialist platform touting government-funded college, health care, and employment.

Because it appears she has nary a clue, either, how that stuff will get paid for.

On Thursday's edition of "The Daily Show," host Trevor Noah asked Ocasio-Cortez that very thing — and after she praised his "excellent, excellent question,” the economics major from Boston University gave not very excellent answers.

'I can't believe I can say that; it's really weird'

First, she got visibly animated after noting she met with a “Nobel Prize economist last week — I can't believe I can say that; it's really weird" to discuss funding her socialist agenda. 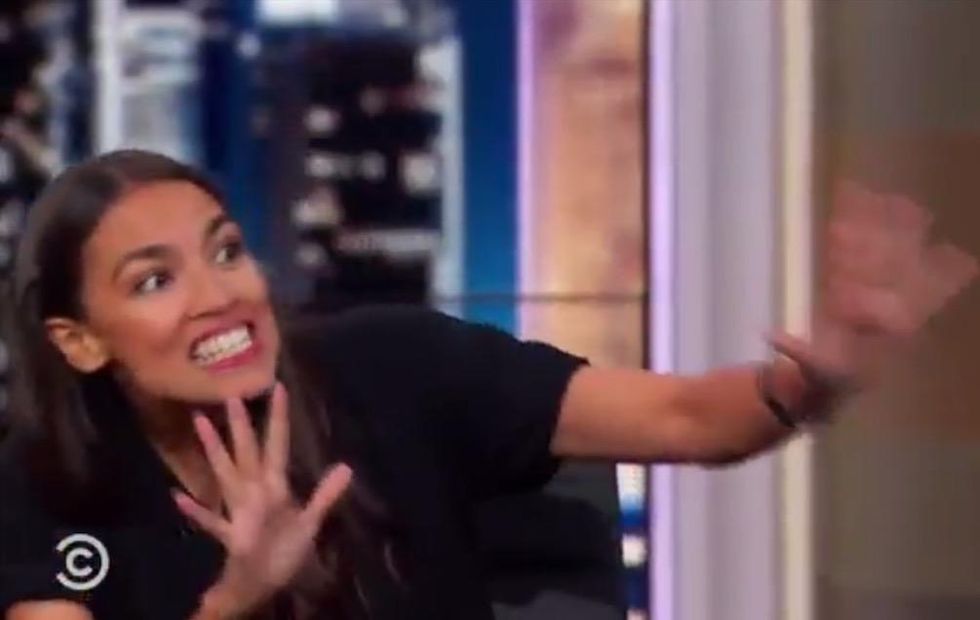 But you have to wonder either about the economist's credentials or Ocasio-Cortez's memory, because her numbers weren't adding up. 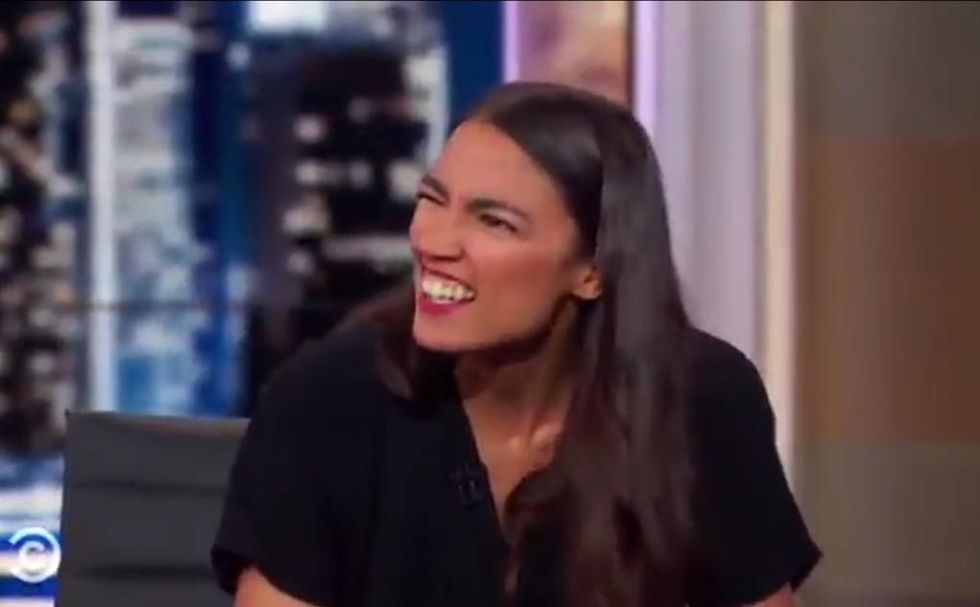 “If people pay their fair share, if corporations and the ultra wealthy — for example, as Warren Buffett likes to say, if he paid as much as his secretary paid, 15 percent tax rate ... if we reverse the [President Donald Trump] tax bill, raised our corporate tax rate to 28 percent … and also close some of those loopholes, that’s $2 trillion dollars right there. That’s $2 trillion dollars in 10 years.”

But Hot Air's Ed Morrissey pointed out that "$2 trillion over 10 years doesn’t even pay for 20% of Medicare for All even under Bernie Sanders’ rosy projections, let alone the rest of Ocasio-Cortez’s agenda."

Morrissey added that Sanders estimated Medicare for All would cost $14 trillion over a decade while the Committee for a Responsible Federal Budget saw the figure at $28 trillion. So there's that.

And as you might expect, Noah didn't challenge her numbers.

'That’s an additional amount of, um, of, of a large amount of revenue that we can have'

Then Ocasio-Cortez got talking about revenue from a carbon tax. How much? Heck, don't ask her.

“Now if we implement a carbon tax on top of that so that we can transition and financially incentivize people away from fossil fuels ... that’s an additional amount of, um, of, of a large amount of revenue that we can have,” she told Noah. 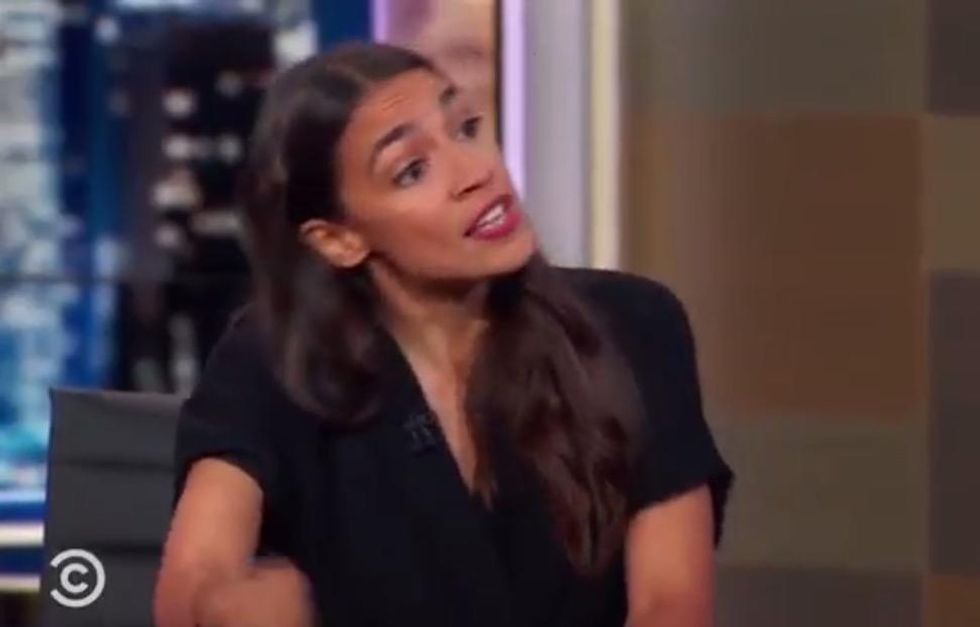 Well, how much more? She never says, and it’s clear that she has no idea. Earlier, Ocasio-Cortez also says, “it’s going to take $3 trillion to $4 trillion to transition us to 100 percent renewable economy.” That means that her revenue from the carbon tax and punitive fossil-fuel tax would necessarily decline over the following period, and that the economy would have to generate enough revenue to overcome the $4 trillion spent on the conversion before supplying the first dollar to Medicare for All, let alone the rest of her agenda. It’s worth pointing out too that this conversion would cost double the amount that Ocasio-Cortez says she’d gain from reversing the tax cuts and soaking the rich. We’re actually $2 trillion in the hole just to start with her agenda.

'They’re, like, 'Don’t give us another nuclear bomb,' you know?'

Finally, Ocasio-Cortez really steps in it with her declaration about a military budget of $700 billion.

“Then the last key — which is extremely, extremely important — is re-prioritization. Just last year we gave the military a $700 billion budget increase," she told Noah before switching to a higher-pitched, incredulous voice and adding "which they didn’t even ask for! They’re, like, ‘We don’t want another fighter jet!’ They’re, like, ‘Don’t give us another nuclear bomb,’ you know? They didn't even ask for it, and we gave it to them.” 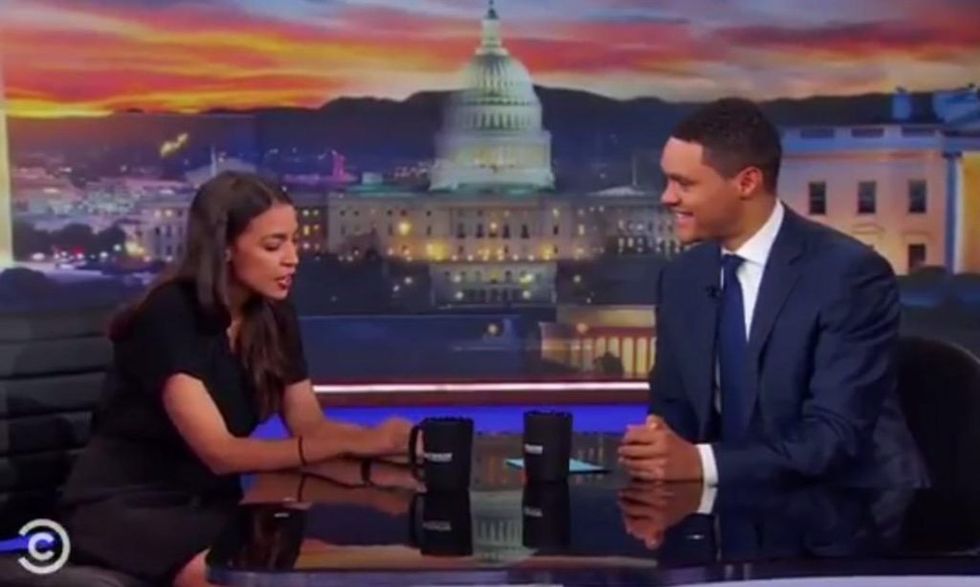 What he didn't do is push back that $700 billion is, as Morrissey pointed out, "the entire annual defense budget for the United States, not a 'budget increase.'"

"It’s true that the final defense budget outstripped the original Department of Defense request of $639 billion for FY2018, but only by $70 billion, not $700 billion," Morrissey added. "If we rolled back and capped DoD spending to FY2017 levels, we’d end up saving less than a trillion dollars over ten years — and if she thinks the Pentagon would cheer that result, she’s clearly not taken the time to discuss it with the military branches."

But she sure is charming.