Milenia de Armas Rodriguez and her 2-year-old son, Thiago, arrived in the United States on Monday courtesy of a humanitarian visa granted by the State Department. The young boy will undergo a life-saving surgery at Nicklaus Children's Hospital in South Florida where a team of doctors is attempting to remove a deadly tumor from his brain.

The child's surgery and medical care is being paid for by the family's relatives in the U.S. and hundreds of small donations being made via a fundraising campaign that has gone viral.

In an interview with TheBlaze, the boy's father, Alberto Rodriguez Bravo, said from Havana, Cuba, that his son's surgery "would not have been successful" on the island where doctors said a lack of resources made it nearly inoperable without a significant risk of the child going blind or bleeding to death.

"They do not have the technology here, unfortunately," he said while holding back tears and noting that his son's brain tumor is "very large," and that the toddler's life was in "grave danger."

The family thanks the USA 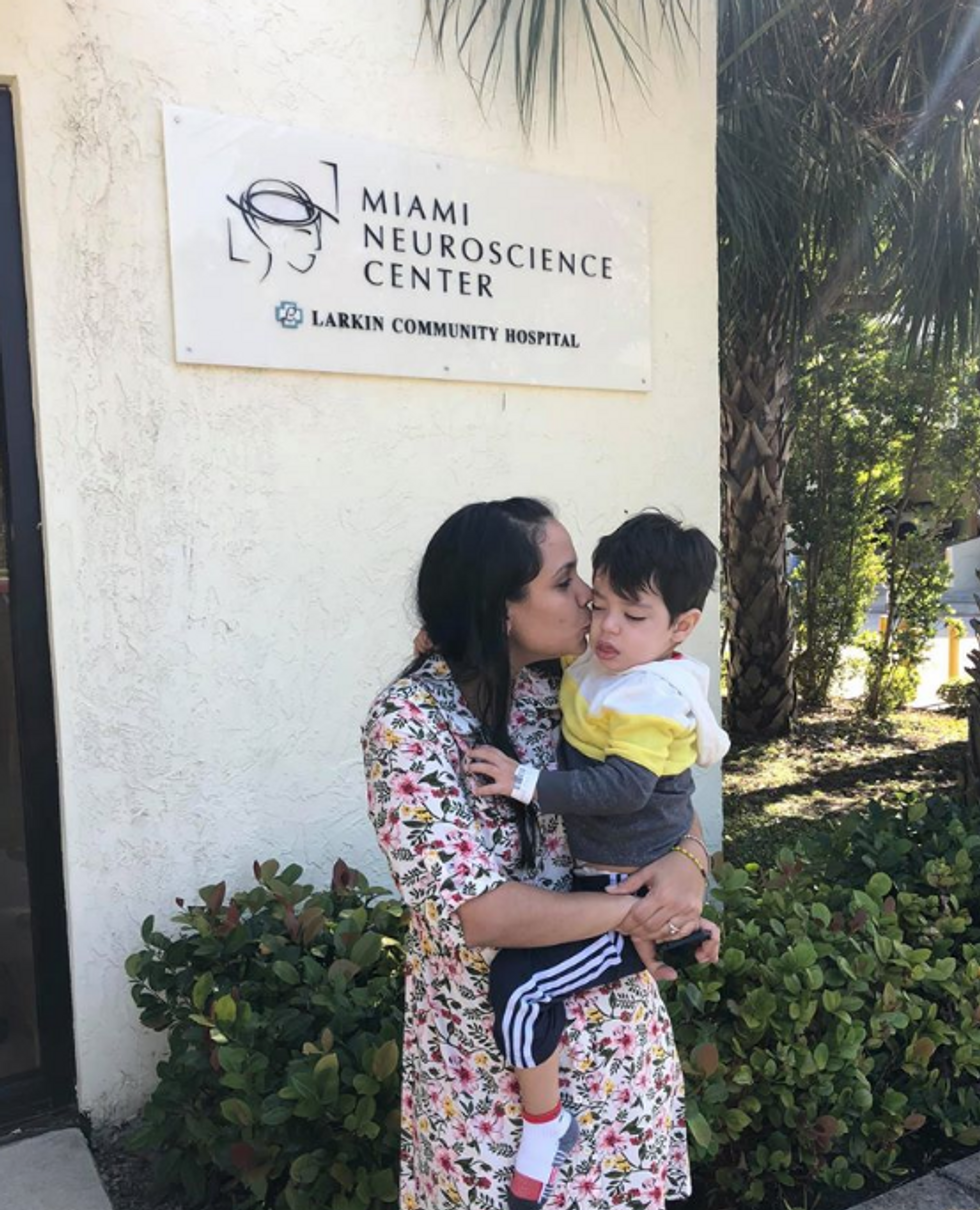 Rodriguez Bravo said he and his wife, who are both 28-years-old, now feel hopeful about their son's chances thanks to the work of American doctors and a special humanitarian visa facilitated by U.S. officials that allowed the mother and child to travel to Miami for treatment.

"I have so much to be grateful for to the American people for allowing my wife and son to travel to that great country," Rodriguez Bravo said via Facebook messenger.

"That great country has given our family hope that our little prince will be saved. Thank you," he added while noting that American personnel in the U.S. embassy in Havana took less than a week to grant the family a humanitarian visa to legally travel to Florida for medical treatment.

According to a report by TV Marti's Karen Caballero, in early January, the young couple noticed the boy was slurring his speech and took him to local doctors who first thought he could have tonsillitis, but after subsequent tests they discovered he had a malignant tumor (known as an ependymoma) in his brain.

When she arrived at Miami International Airport, Milenia de Armas was greeted by local family members who have joined together to help save the young boy's life.

"I came here to heal him, so that he smiles again," the mother told TV Marti in tears at the airport. "I just want to hear him say 'I love you,' again because he can hardly speak now."

On Friday, neurosurgeons in South Florida successfully removed approximately 60 percent of the tumor from Thiago's brain.

The child's family said they are grateful for the excellent medical attention he has received from American doctors and they have set-up a fundraising campaign on PayPal to help cover Thiago's health care expenses. So far, they have fundraised approximately $26,000, entirely from small donations, many of them from South Florida's large Cuban American community.

"THANK YOU USA for being the wonderful country that you are," Janett Jalil, the child's godmother, wrote in a Facebook post pleading for help in a viral campaign using the hashtag #SaveThiago. "THANK YOU JESUS for uniting us," she added.

The young boy is scheduled to be operated again on Monday to remove the rest of the tumor.

A note from this writer

If you would like to support Thiago and his family, please consider making a donation by clicking here. Thank you.