'Whenever President Trump comes into the equation, it just explodes, and people — it triggers them somehow'

Marshall Middle School in The Plains held a class fundraiser late last month in which students could donate $1 for the right to wear a hat to school, WTTG-TV reported. 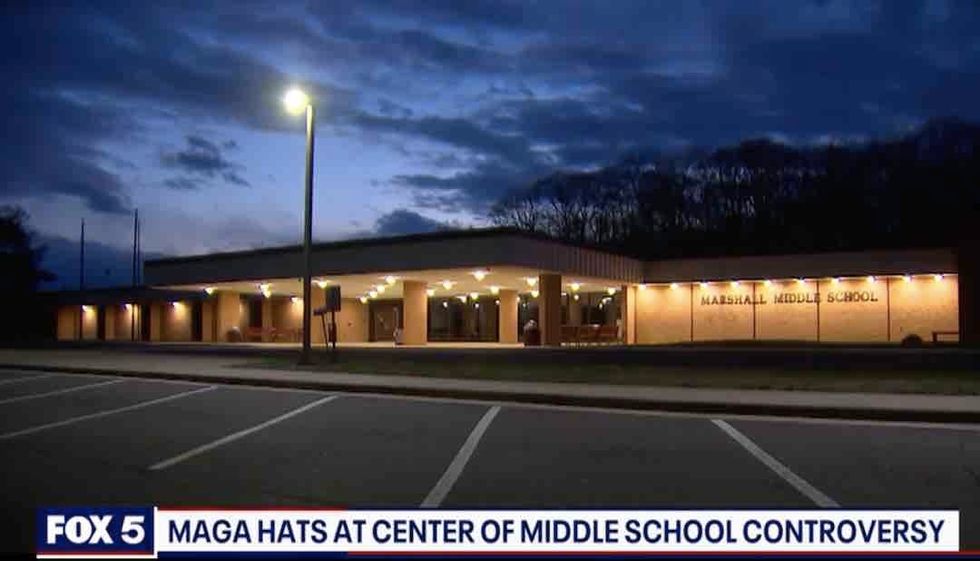 It seems a handful of students chose to wear Make America Great Again hats and other headgear in support of President Donald Trump. 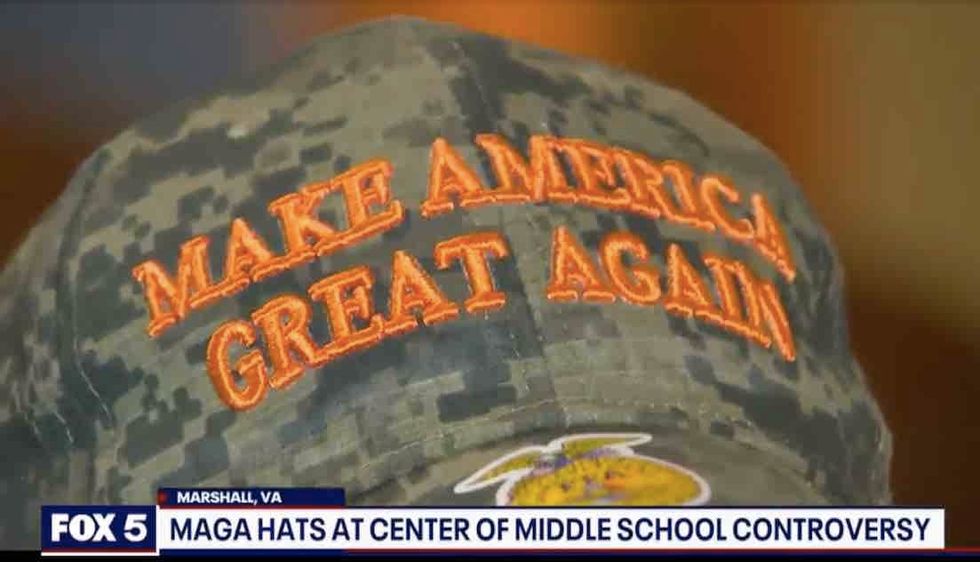 As TheBlaze has reported, some leftists lose their minds at the sight of MAGA hats, which bear the iconic slogan for Trump's 2016 campaign. And while fortunately no one got violent after gazing at the hats, as detractors have in other incidents, not all was happy at the school.

Quite the development in a county where Trump took 60 percent of the 2016 vote, WTTG said.

“I just think that whenever President Trump comes into the equation, it just explodes, and people — it triggers them somehow," Joe Teague — whose son Logan wore a pro-Trump hat — told the station. 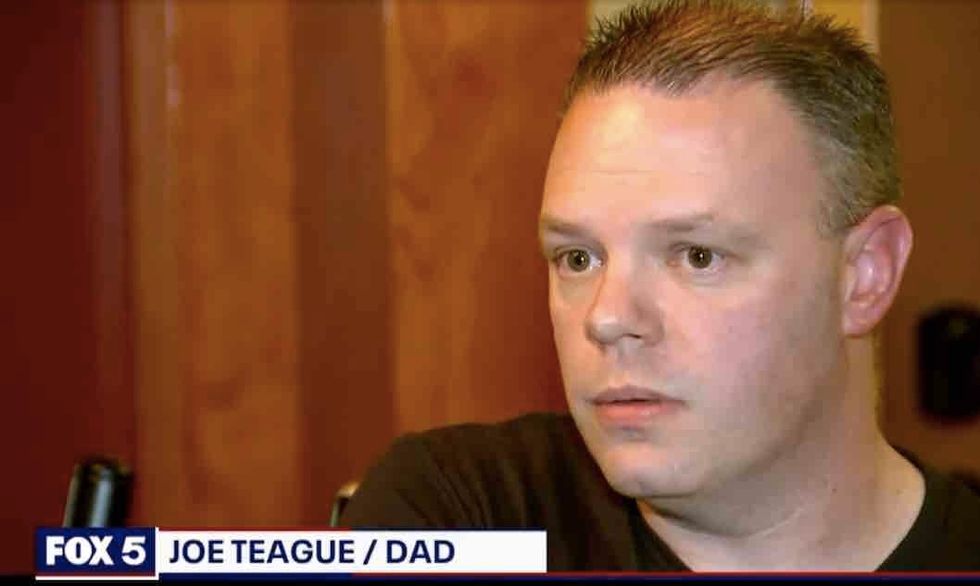 WTTG said a source with knowledge of the incident claimed school officials had no issues with the MAGA hats until some of the students wearing them began bullying Latino classmates. The source also said some students were told "go back to your country" as well as other offensive remarks, the station reported.

But Logan, 14, told WTTG the bullying claim is bogus: "I think it was just excuses made because they wanted to see us get in trouble because we were wearing Trump hats." 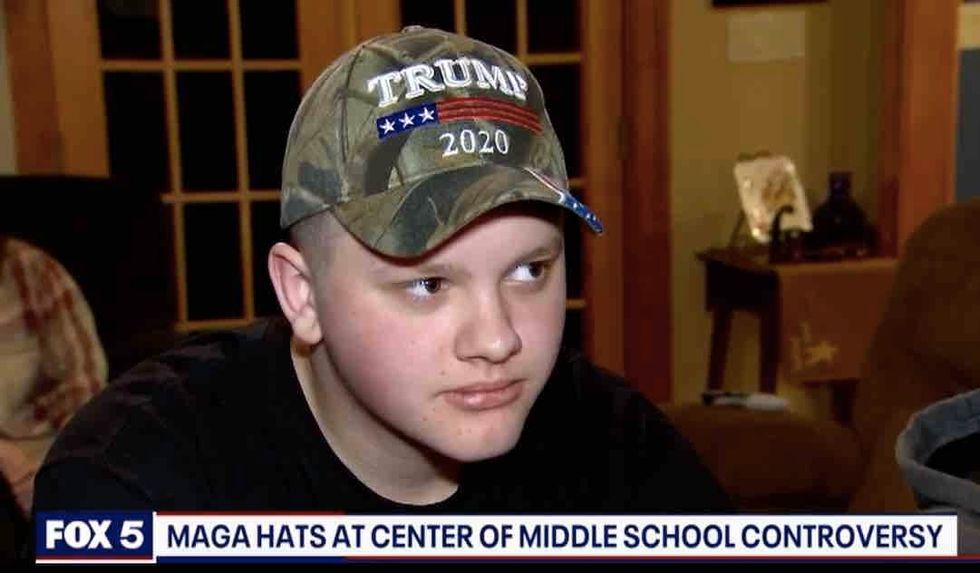 David Moore, 13, who joined Logan in the MAGA hat-wearing free expression exercise, added to the station that the bullying claim is "not true." 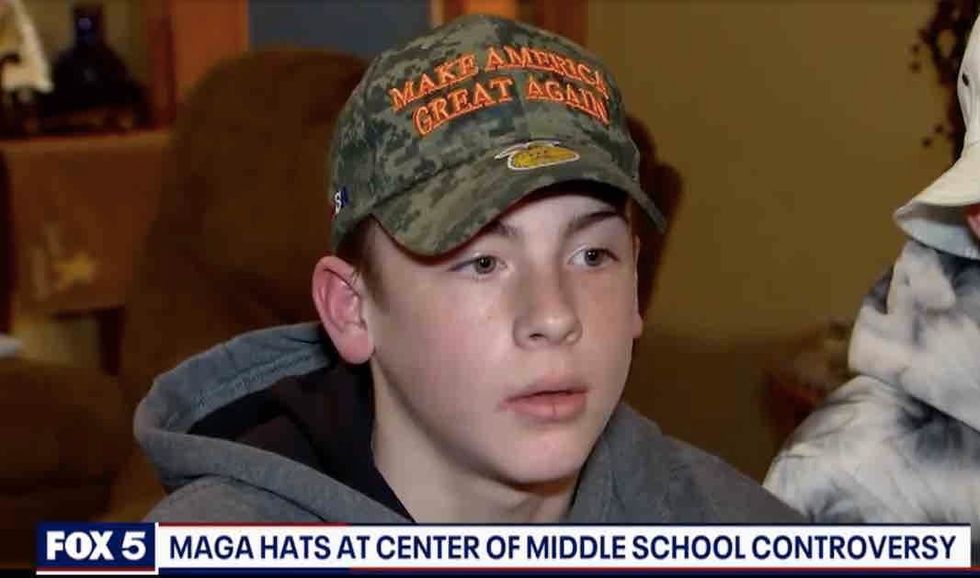 "I'm supporting our president," David also told WTTG. "If that were to be a George Washington hat, I'm supporting that president. She wouldn't tell us to take that off."

Joe Teague didn't believe a word of the bullying claim, either.

"No bullying. My son didn't say one word to anybody," Teague told the station. "He wore his hat in support of the president of the United States. I felt that they were just targeted."

Logan and David chose to go home early that day, WTTG said, which their parents supported.

“I want my son, as well other students, to be able to go to that school and support President Trump, the president of the United States," Teague told the station. "There's no reason they should not be able to do that."

WTTG said school district officials declined to answer most of its questions, but a spokesperson did say no one was disciplined because of the incident and that school administrators handled it appropriately.