Confirmed: The US has seen one of the world's biggest inflation increases

The left wants to downplay inflation, having evolved their argument from opining that there are not really inflation risks in the U.S. to saying that it's actually good news to admitting that, OK, there's some inflation, but it isn'tthat bad.

A late-November study published by Pew Research shows that inflation here in the States is the third worst in the world, as Americans continue to suffer during the Biden administration that has seen supply chain crises, labor market problems, and massive amounts of government money continually being injected into the U.S. economy.

According to Pew, 2021 "marked a sharp break from what had been an unusually long period of low-to-moderate inflation" in the U.S. 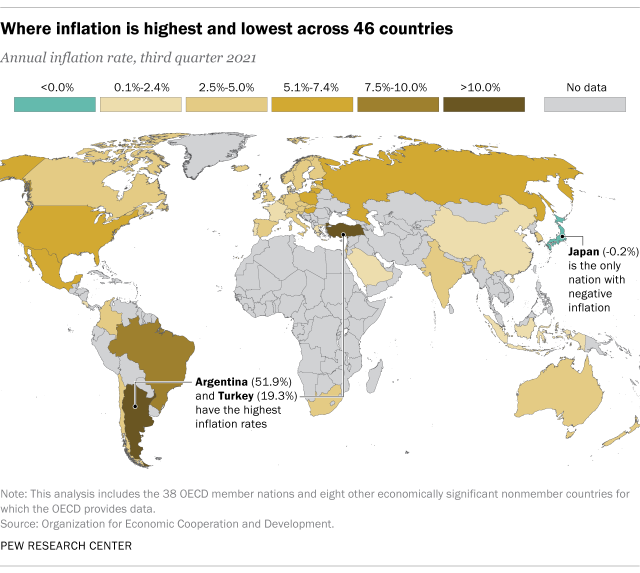