See Iraq War Veteran's 'Dancing With the Stars' Performance That Left Many in Tears: 'Wow

"Usually not at a loss of words but tonight I simply stand, firm on my 2 feet in my living room..."

Iraq War veteran Noah Galloway brought many to tears on "Dancing With the Stars" Monday night, performing a dance to Toby Keith's "American Soldier" that received a standing ovation.

Galloway served in the U.S. Army and lost his arm and leg in an IED attack. He is paired with Sharna Burgess this year on the 20th season of the hit show.

Monday's episode was focused on a dance inspired by the contestant's most memorable year — and Galloway openly talked about the struggles he faced after being wounded in war. 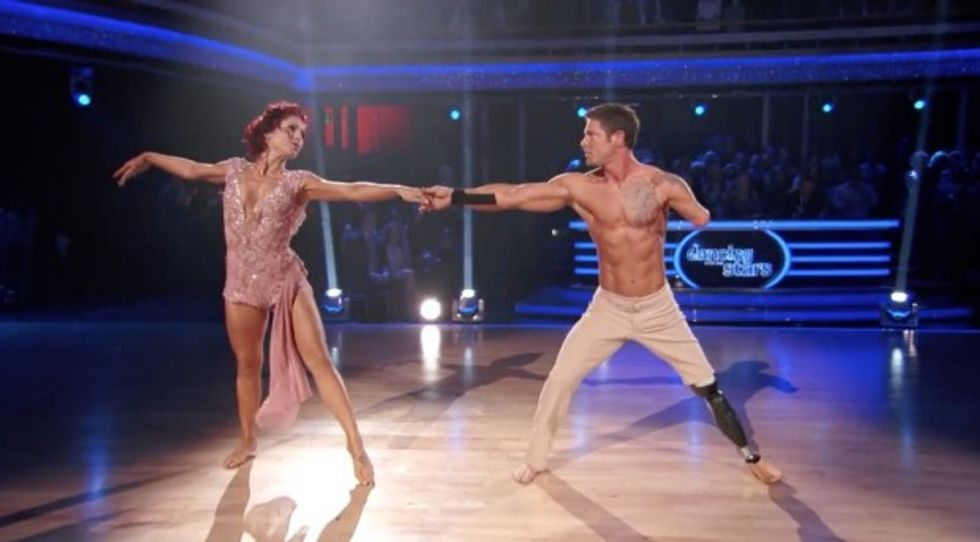 After his performance, Galloway not only received an immediate standing ovation, but praise from the judges.

"Your experiences are unimaginable, but your spirit soars unbroken my darling. You really are the ultimate role model. You want a superhero? There it is,' said another.

"With very few words, you say something very profound," echoed yet another judge. "And that dance, although maybe some of the movements are smaller, or your vocabulary is less than some of the contestants, it was more profound than most."

The final judge called Galloway an "inspiration" and asked the crowd to once again stand up and applaud him.

The reaction was equally powerful online.

Once again @Noah_Galloway and @SharnaBurgess blew me away. Inspirational. Wow #DWTS

#mcm @Noah_Galloway who is a true inspiration and American hero. He has strength like no other

Toby Keith had even chimed in ahead of the performance and said he was "honored" Galloway chose his song to dance to.

Galloway and Burgess' routine ultimately scored a 32/40 from the judges.