In First Big Performance Since His Arrest, Rapper Diddy’s Week Gets Worse at BET Awards

Just days after he was arrested on the campus of the University of California, Los Angeles on a charge of assault with a deadly weapon — reportedly a kettlebell — legendary rapper Diddy fell into yet another hole.

Quite literally, this time.

At the BET Awards Sunday, Diddy — whose real name is Sean Combs — suddenly dropped out of camera view while he was performing onstage.

Another angle showed him having fallen into a hole in what appeared to be a catwalk — with one leg sticking out of the opening and the other down below — with fans reaching for their fallen hero on either side of him. 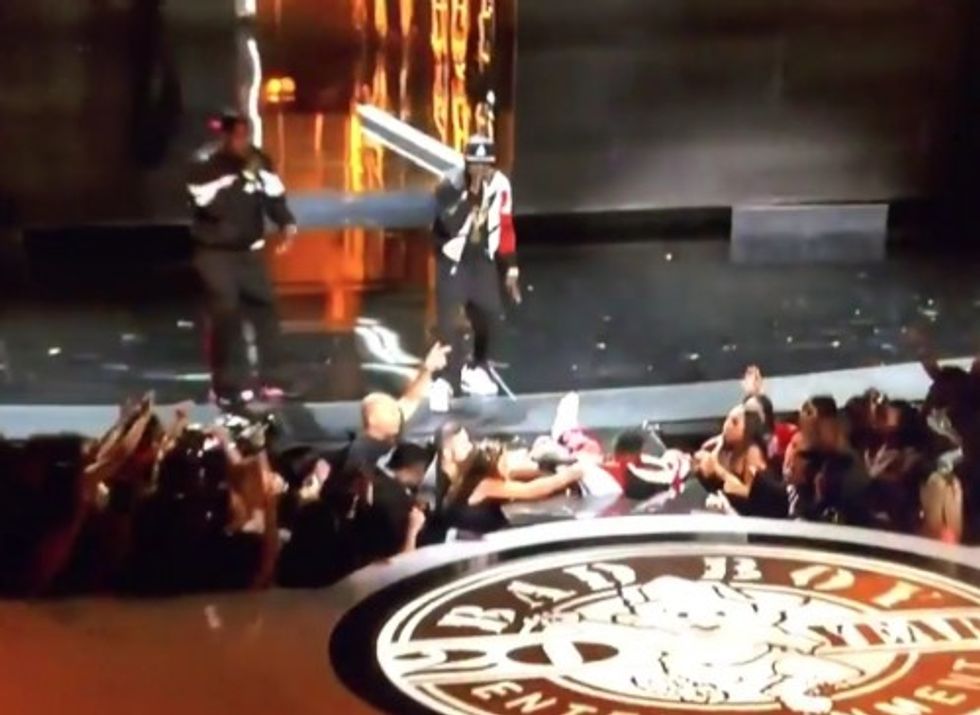 But props to the hip-hop mogul formerly known as Puff Daddy — the 45-year-old sprang right back up and kept on performing.

Watch the fall and rapid recovery.