The feat placed the 22-year-old in rare company.

And he was armed with a bat decorated in red, white and blue. 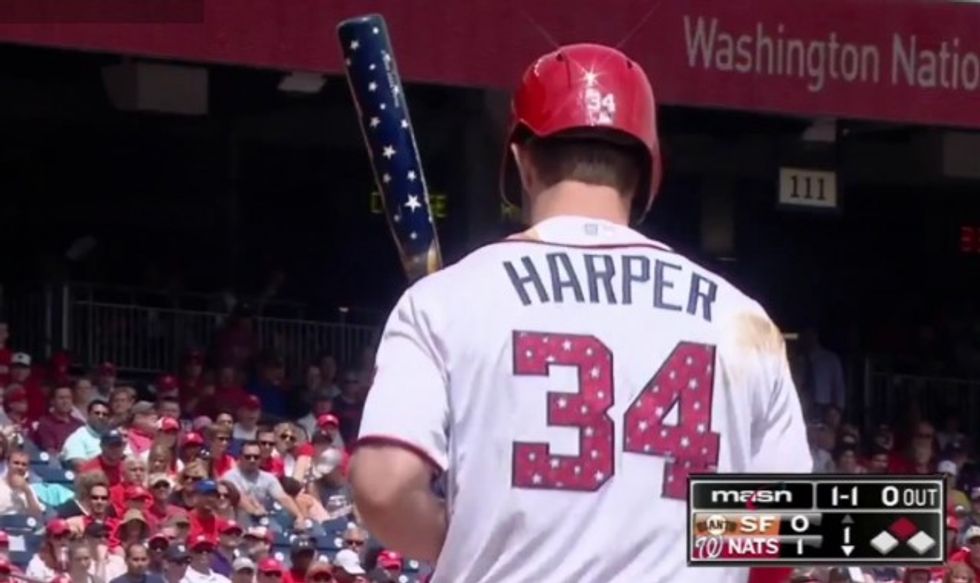 As Harper's done 24 other times this season, he took a big swing and crushed the ball over the right field wall. 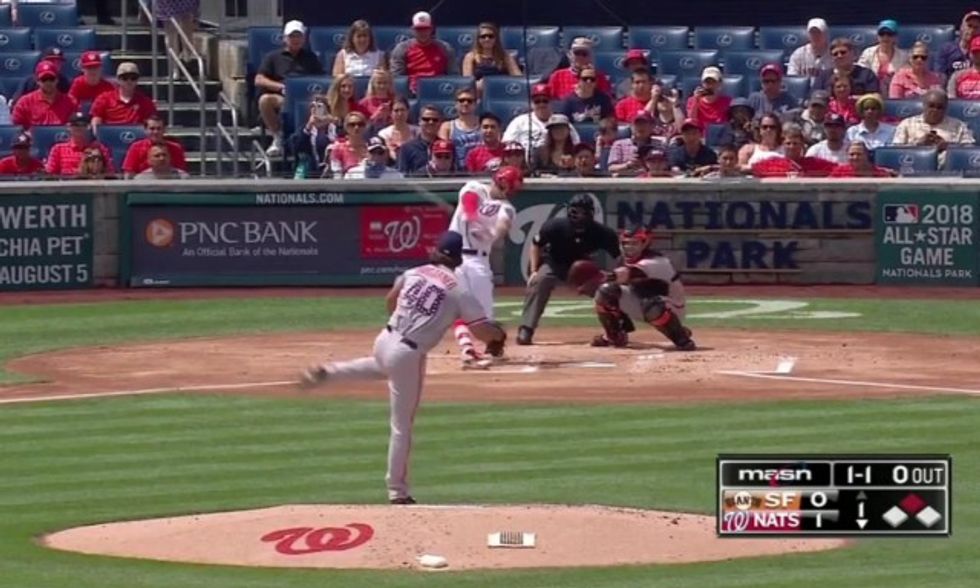 The feat placed the 22-year-old in rare company: