The One Question Donald Trump Uncharacteristically Refused to Answer: 'I Don't Want to Say

Republican presidential candidate Donald Trump, who has kept himself in the headlines by speaking his mind, refused to answer a question about Fox News on “Morning Joe” Monday. The uncharacteristic move surprised even co-host Joe Scarborough. 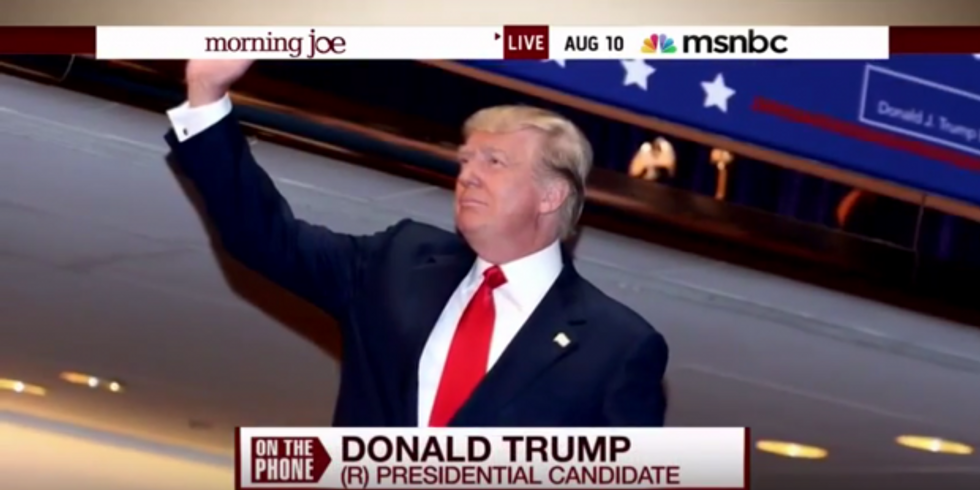 He then asked Trump if he had spoken to Fox News Chairman Roger Ailes following the tense GOP debate last week and the Twitter feuding that ensued through the weekend.

“Have you talked to anybody at Fox News over the weekend about trying to find common ground with the network?” he pressed.

“Well, I don’t want to say that. I will tell you that I don’t think Fox treats me well,” Trump responded.

Trump responded, “I don’t wan’t to say it. Why would I say it? I’m not going to embarrass anybody,” Trump replied. “My whole life has been led on the theory that I do not want to embarrass people.”

He added, “The fact is that I think I don’t get treated well by Fox, and that’s all right because look what happens…I have double-digit leads in every poll.”

Trump also suggested that Fox News host Megyn Kelly should actually be apologizing to him for asking an "inappropriate" question about his past comments about women.

Watch the video via MSNBC below: