Can any of the GOP candidates escape Donald Trump?

MIAMI, FL - DECEMBER 18: Sen. Marco Rubio (R-FL) speaks to the media as he is joined by other congressional people as they address the decision by President Barack Obama to change the United States Cuba policy on December 18, 2014 in Miami, Florida. Mr. Rubio was joined by Rep. Ileana Ros-Lehtinen (R-FL) and Rep Mario Diaz-Balart (R-FL) as they held the press conference to denounce the changes to U.S.-Cuba policy by the Obama administration. (Joe Raedle/Getty Images)
Jason Howerton 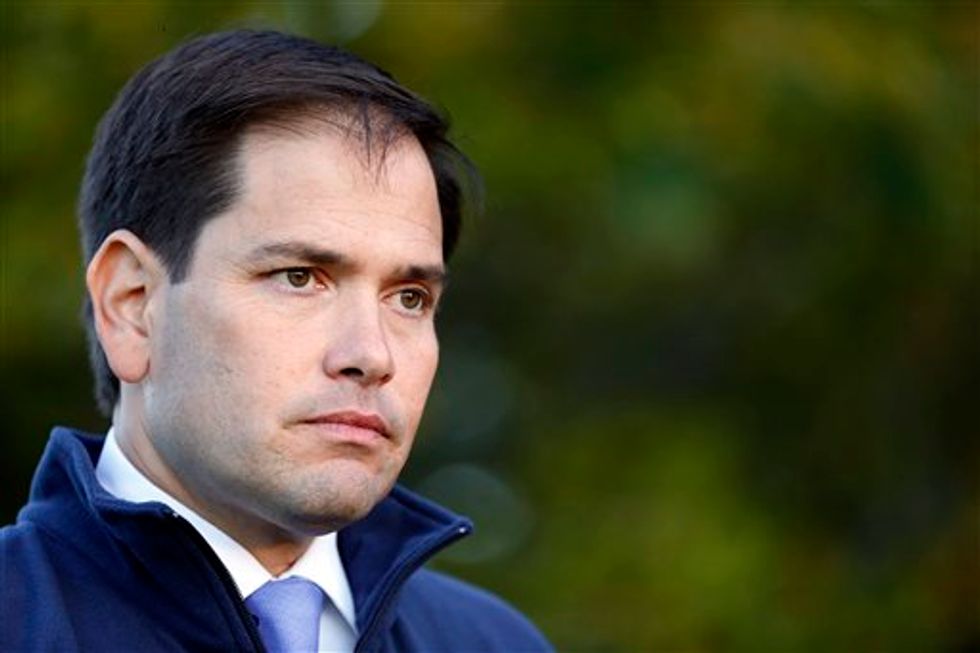 
National Review provides a rundown of the questions included:

• Why is Donald Trump beating you in your home state?

• What do you think about Donald Trump saying he’s going to win with Hispanics?

• Is Donald Trump more in tune with Republicans on immigration than you are?

• Is Donald Trump ready to be commander in chief?

• If he’s the nominee, will you enthusiastically support him?

• Do you think there needs to be a “Stop Trump” movement?

Watch the interview via CNN below: