Real estate mogul Donald Trump may be leading in the Real Clear Politics national polling average, but a new poll from the Public Religion Research Institute found that Trump is losing big in some key demographics. 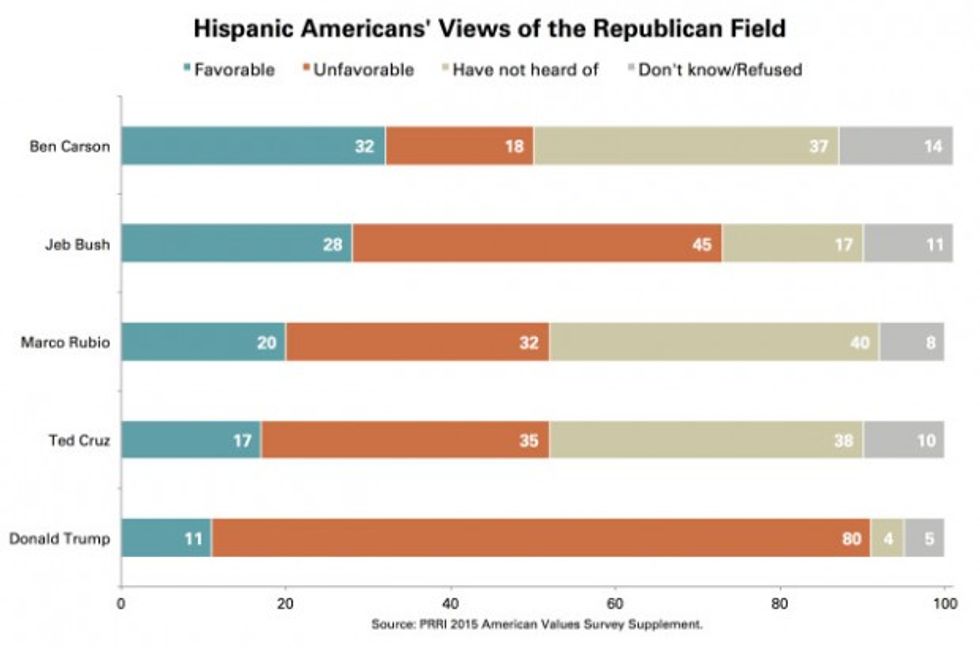 Among members of an important demographic in the Republican Party — evangelicals — Trump was again seen as the most unfavorable candidate. A full 52 percent of respondents said they have an unfavorable view of the billionaire; however, his favorability came in at 39 percent.

Carson again topped all other candidates as being the most favorable, garnering 52 percent favorability among evangelicals. Only 26 percent of the religious group said they view the doctor unfavorably. 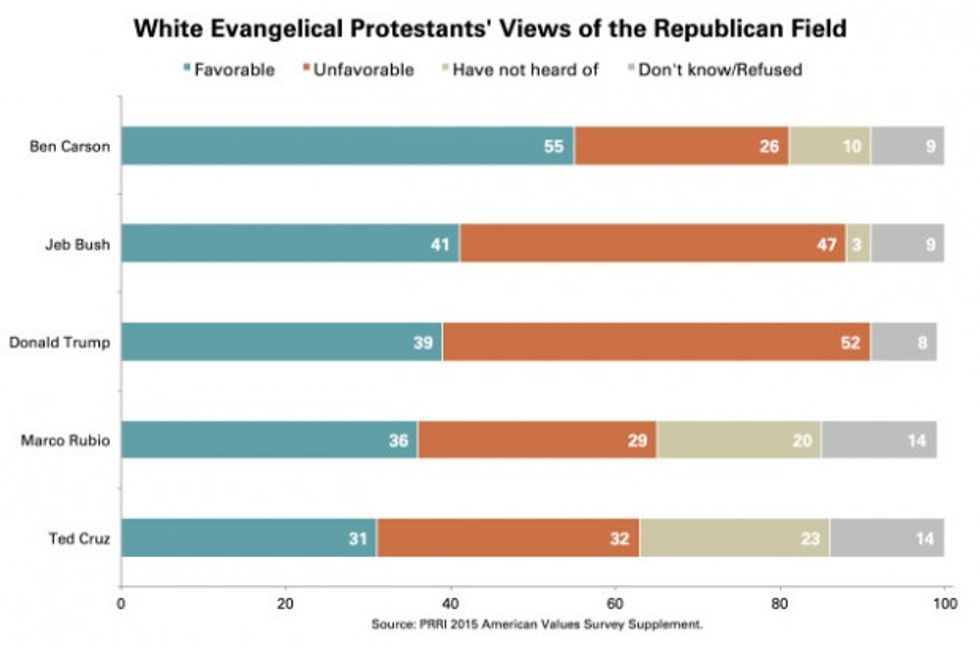 Both Texas Sen. Ted Cruz's and Florida Sen. Marco Rubio's unfavorable numbers came in somewhere between Trump and Carson, while former Florida Gov. Jeb Bush's numbers were closer to those of Trump.

Overall, the poll found that no Republican candidate is viewed more favorably by Republican likely voters than Carson, as 69 percent said they have a favorable view of him. Rubio followed Carson with 55 percent, while Cruz garnered just 44 percent overall.

Despite their high unfavorable ratings, the poll found that both Trump and Bush have an overall favorability rating of 52 percent.