A Week and a Half Later, the French Economy Is Suffering as a Result of the Paris Terror Attacks

It didn't take long for the French economy to start feeling the effects.

LONDON (AP) -- The attacks in Paris that killed 130 people and wounded hundreds more are hurting the French economy at a time when the wider 19-country eurozone appears to be growing at the fastest pace in four and a half years, a survey showed Monday.

In a snapshot of business during November, financial information company Markit has found that service providers reported that the terrorist attacks in Paris had "negatively impacted on activity." Partly because of that, Markit said its purchasing managers' index for France — a broad gauge of economic activity — fell to a 3-month low in November of 51.3 points from 52.6 the previous month. 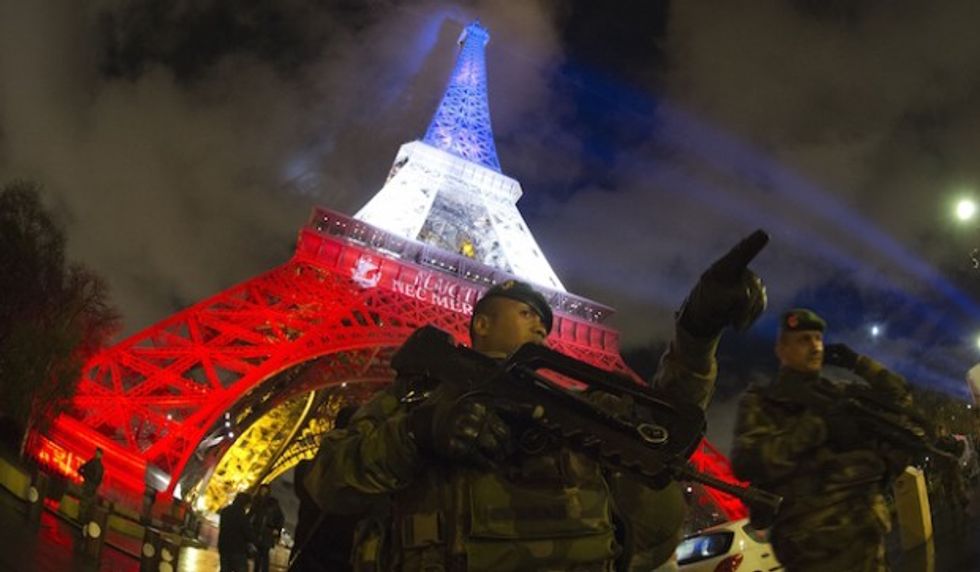 The drop takes the French economy nearer the 50 point level, which is the threshold separating economic expansion and contraction. The figures are prone to revision following further assessments, with the final results due in early December.

The French slowdown contrasts with the overall 19-country eurozone, which according to Markit is expanding at the fastest rate since 2011. The equivalent index for the eurozone rose to 54.4 points in November from 53.9 the previous month.

"The improved performance in terms of economic growth and job creation seen in November are all the more impressive given last weekend's tragic events in Paris, which subdued economic activity in France, especially in the service sector," said Chris Williamson, chief economist at Markit.

The survey, Williamson said, suggests the eurozone economy grew by a quarterly rate of 0.4 percent in the last three months of the year, possibly even 0.5 percent in sight if there's a modest uptick in December.

Still, Monday's survey is unlikely to dissuade the European Central Bank from expanding its stimulus program next week as inflation across the region is very low. The ECB's primary policy consideration is making sure that there's a little bit of inflation in the eurozone - its target is just below 2 percent on an annual basis. Inflation is currently just 0.1 percent.

A new big stimulus program that was first announced in January could help keep interest rates low and shore up economic activity, stoking inflation through the economy.