"The sad truth is that taking care of Americans first has been lost in this debate.”

Migrants and refugees arrive on a dinghy after crossing from Turkey to Lesbos island, Greece, Tuesday, Sept. 8, 2015.The island of some 100,000 residents has been transformed by the sudden new population of some 20,000 refugees and migrants, mostly from Syria, Iraq and Afghanistan. (AP Photo/Petros Giannakouris)
Fred Lucas

Federal law enforcement officers are imploring President Barack Obama to not allow an additional 10,000 Syrian refugees into the country, asserting that the United States doesn’t have the resources to adequately screen or settle the refugees or the money for additional policing to deal with the potential terrorist threat.

“The truth of the matter is there is no effective means or magical litmus test to assess prospective terrorists hidden among the throngs of refugees applying for entry into the United States,” said Nathan Catura, president of the Federal Law Enforcement Officers Association. 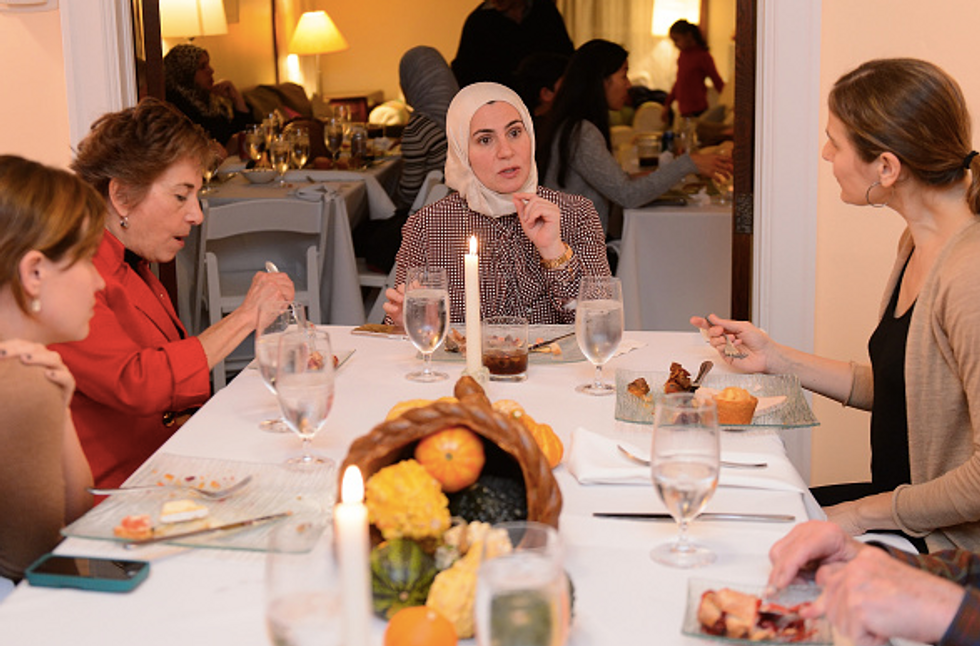 In the face of a heavy bipartisan push for greater scrutiny following the Paris attacks where one of the Islamic State terrorists had entered the country as a refugee, Obama has been adamant that the United States will allow another 10,000 Syrian refugees fleeing their nation's civil war into the U.S. over the next year.

Obama has said that raising concerns about the refugees is akin to fearing widows and orphans.

The United Nations High Commissioner for Refugees referred 23,092 Syrian refugees to the admission program. The Obama administration has agreed to accept fewer than half that for the first year.

“It has already been widely reported that ISIS terrorists have infiltrated the masses of Syrian refugees and are bragging on social media how easy it was to enter and exit the European Union from Syria or other Middle Eastern countries,” Catura continued in a statement.

Questioning how the government could adequately distinguish between "true refugees" and "those intending harm on the American public," Catura stated, "The hard, cold truth is there is no way to do it.”

“Federal law enforcement resources are already stretched to the limit, investigating hundreds of suspected terrorists or sympathizers in every state in the union,” he said. “Is the White House prepared to dispense tens of millions of dollars to federal law enforcement agencies to help offset the cost of vetting and investigating the thousands of refugees that are set to enter our homeland? Most likely not.”

He further added the U. S. Department of Housing and Urban Development declared there are 48,000 homeless veterans in the country. He asserted, “men and women in federal law enforcement are not dispassionate towards those seeking to escape persecution. However, our compassion is first for Americans.”

“How does our country, in good faith, over-extend our limited resources to take in any refugees when our veterans are in dire need of shelter, food, clothing and mental healthcare?” he said. “Additionally, there are currently over 2 million homeless children in America. The sad truth is that taking care of Americans first has been lost in this debate.”