"So, I’m not specifically trying to target the secretary, but when she creates her own private email system, she’s ensnarled herself."

Democratic presidential front-runner Hillary Clinton could wind up at the center of yet another congressional investigation, according to a new report from Politico.

House Oversight and Government Reform Chairman Jason Chaffetz (R-Utah) is moving forward with his plan to begin an investigation of the federal government's record keeping, likely putting the former secretary of state in the crosshairs of his investigation. 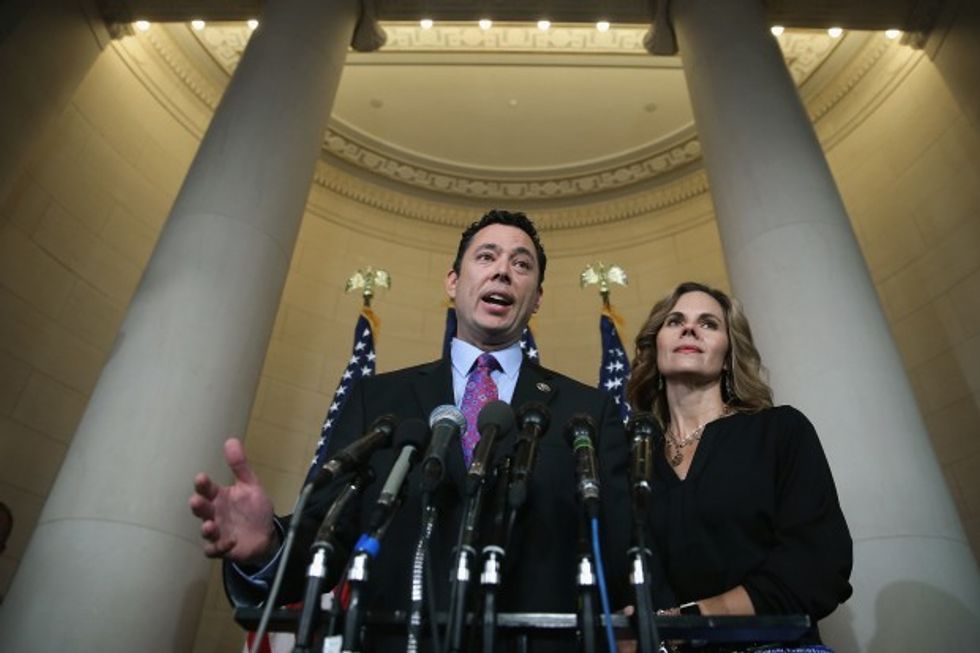 He was recently given the green light from House Speaker Paul Ryan (R-Wis.), but top leadership figures have urged Chaffetz to tread lightly, given the FBI's continued criminal probe into Clinton's use of a private email server during her tenure as secretary of state.

"The Oversight Committee has jurisdiction on the Federal Records Act, and we intend to pursue that," Chaffetz told Politico. "We also have jurisdiction on FOIA [the Freedom of Information Act], so if you’re not providing emails, it begs the question of your compliance under FOIA. So, I’m not specifically trying to target the secretary, but when she creates her own private email system, she’s ensnarled herself."

"The FBI should pursue any violations and criminal allegations," Chaffetz went on to say. "I would argue we also have jurisdictional prerogative on Federal Records Act and FOIA [inquiries]. We're being very cautious. I don't want to overstep, but we're also trying to move forward."

Chaffetz also said that the problem of government officials using private email accounts to conduct business is "bigger and broader than just problems at the State Department," noting that Clinton isn't the "only violator."

"Anybody who would use a non-government server to interact on government business is in violation," he said of the problem. "That's just been known for a long time, that is the law."

The new investigation comes after the State Department, for the first time, acknowledged that Clinton did, in fact, communicate classified — and top secret — information through her email server.