This Dec. 9, 2014 file photo shows the taxiway leading to the hangar at Spaceport America in Upham, N.M. New Mexico lawmakers questioned spaceport officials about spending on security and firefighting services during a meeting of the Legislative Finance Committee in Alamogordo, N.M., on Wednesday, July 15, 2015. (AP Photo/Susan Montoya Bryan,File)
Jon Street

Google has filed an application for a two-year license with the Federal Communications Commission to install radio transmitters in the New Mexico desert — but nobody seems to know why. 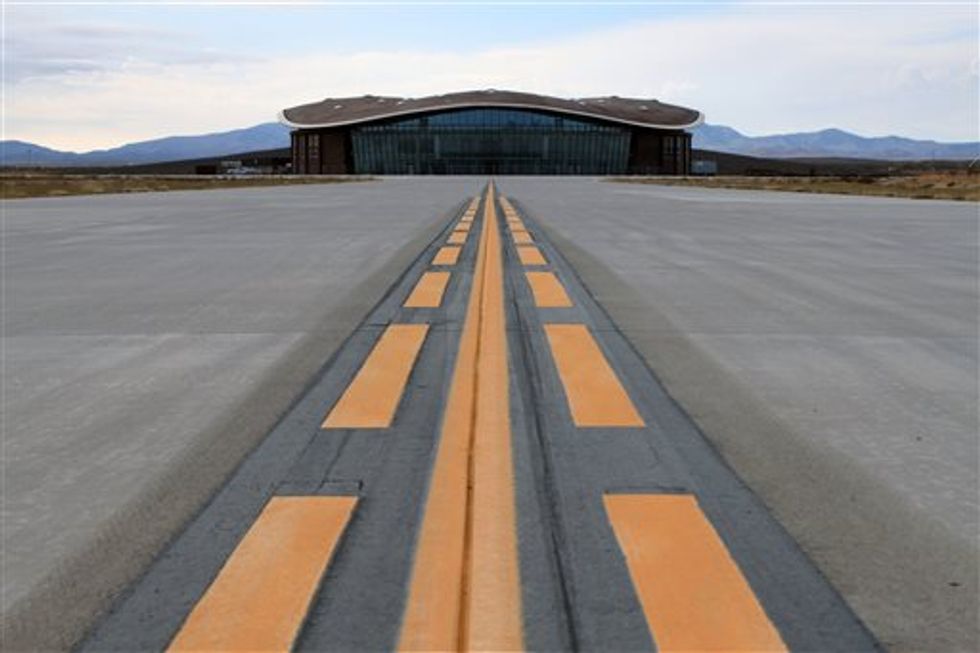 "Google requests confidential treatment of the following underlined text from Exhibit A that contains confidential and proprietary information regarding the proposed tests/experiments," the company stated in its FCC application, dated Feb. 23.

Few other details were available from the publicly available FCC application, which was partially redacted.

A representative for Google did not immediately respond to a request for comment from TheBlaze.