On Tuesday's 9/11 anniversary, a middle school social studies teacher allegedly skipped discussion about the terror attacks masterminded by Osama bin Laden and instead had students read a fictional story about a Muslim boy bullied because his name is Osama, an outraged pair of parents told the New Jersey Herald.

Ed O'Rourke, a former Marine, told the paper he and his wife pulled their sixth-grade daughter from that teacher's class at Glen Meadow Middle School in Vernon Township, New Jersey, after hearing about the lesson revolving around the story titled, "My Name Is Osama."

"I thought it was a joke at first," O'Rourke told the Herald. "I couldn't believe it."

What's the story about?

The story is about an Iraqi immigrant boy taunted by fellow students who call him a "terrorist" and say his hijab-wearing mother has "a bag on her head," the paper noted, adding that he soon gets suspended for fighting his bullies.

"My Name Is Osama," however, doesn't include context regarding the radical Islamic beliefs that inspired bin Laden and his Al Qaeda terror organization to carry out the attacks, the Herald reported. 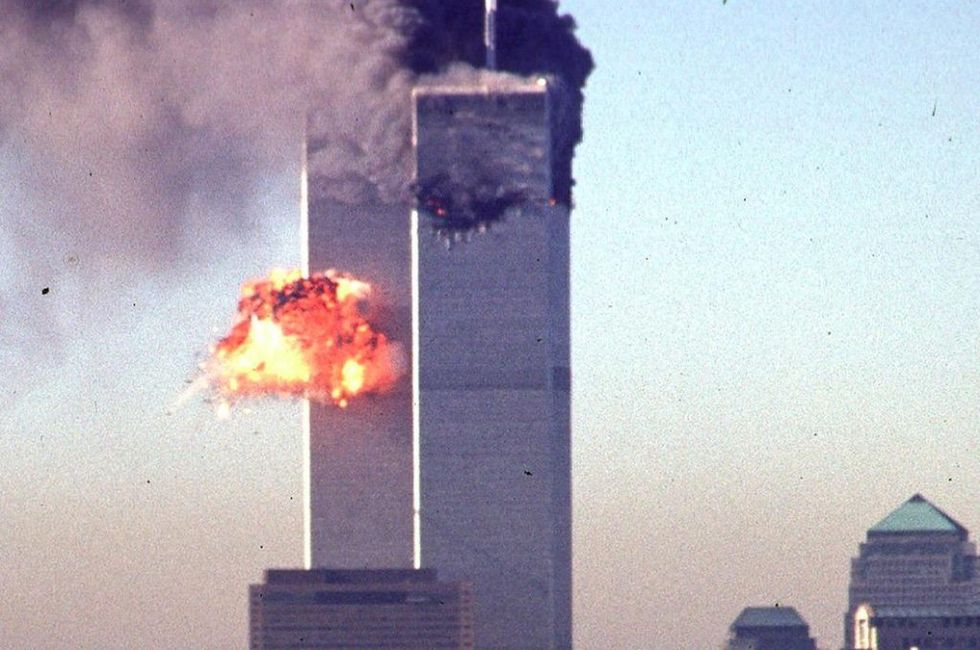 And O'Rourke told the paper that discussion should have occurred.

"It would be like, on a day about the Holocaust doing a made-up lesson about a boy named Adolf being bullied by Jewish kids and saying we shouldn't blame all Germans. Or don't pick on the poor kid named Adolf on the Jewish holidays," he added to the Herald. "It's grotesque."

O'Rourke told the paper that he contacted Principal Edwina Piszczek late Tuesday about his concerns, and she forwarded them to acting Superintendent Charles McKay — and they all met Wednesday morning.

"They couldn't have been better as far as letting me vent, and agreed that the timing couldn't have been more horrific," O'Rourke told the Herald. "They said they were unaware the teacher was planning to do this and that it fell through the cracks, though when I asked if they were planning any disciplinary action against the teacher, they said they weren't sure at this point."

What did the district have to say?

"There were concerns expressed by a parent about an article one of our teachers gave out to a class on Tuesday, September 11th," McKay said in a late Wednesday statement, the paper reported. "I met with our teacher this morning to relay those concerns, and then I met with the father to make sure his point of view was heard. Each meeting was civil and instructive."

What else did the dad have to say?

"I know a lot of firemen and cops who lost family members on 9/11, but unlike the religious extremists who would have no problem blowing all of us up, our society is not going out blaming all Muslims," O'Rourke told the Herald.

He added to the paper that there's an "ideology ... that causes some people to want to kill us and to not respect women's rights, and that should be taught as well. Instead this teacher was able to influence an entire class with a tainted story made up to show Muslims as victims."